Singapore’s Straits Times Index: What to Expect in 2023?

There is a good chance the STI can continue to do well next year. 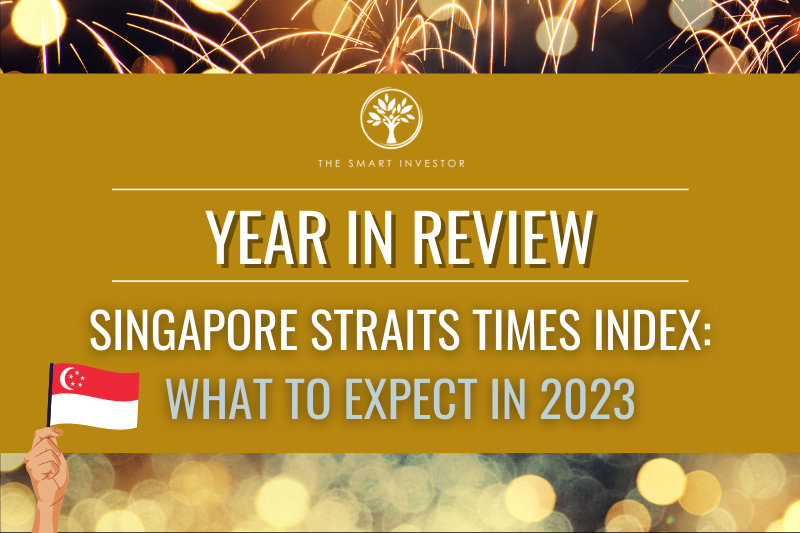 The Straits Times Index (SGX: ^STI), or STI, is a closely-watched barometer of market sentiment for Singapore stocks.

Investors may be pleased to know that the STI has held up well this year, chalking up a small gain of 4.2% year to date.

Assuming an overall dividend yield of around 3%, this means that the index had returned around 7.2% thus far, handily beating the core inflation rate of 5.1% reported in October.

The STI’s performance stands in stark contrast to the performance of its counterparts in the US.

2023 promises to be an interesting year as businesses grapple with the twin worries of inflation and higher interest rates.

Could the STI pull off a good performance again next year? Let’s find out.

First off, we need to deconstruct the components of the STI to see which companies have the highest weight within it.

Hence, the fortunes of the trio of lenders will disproportionately influence the direction of the STI next year.

It turns out that banks are poised to do well in a rising interest rate environment as they can expand their net interest margin (NIM).

A higher NIM will result in better net interest income, which then flows through to the bank’s net profit.

The surge in NIM came about because of the US Federal Reserve’s repeated interest rate hikes this year.

The central bank has increased rates by seven times this year and taken its benchmark rate above 4%.

With the Federal Reserve intent on quelling inflation, its officials are projecting further rate increases in 2023 as well.

The continued increase in interest rates should benefit the three banks and allow them to continue reporting a surge in NII.

All three banks’ share prices should also be buoyed by healthy dividend payments that should be sustained or even increased.

Besides the three banks, other blue-chip companies are proving resilient.

Some of them are also riding on a wave of recovery as economies reopen and people resume a normal life.

The telco reported an increase in core net profit for its fiscal 2023’s first half and also declared a special dividend from the divestment of assets.

Singtel sees more upside from its Singapore consumer division as roaming revenue is on the rise with more people travelling abroad for vacations.

The conglomerate takes up a 3.27% weight in the index and reported a jump in revenue from S$5.5 billion to S$6.8 billion for the first nine months of 2022.

Its offshore and marine order book has also hit S$11.6 billion, the highest level since 2007.

The former paid out its highest interim dividend since listing of S$0.06 as it reported a 57.8% year on year jump in net profit for the first half of 2022.

The latter saw its order book hit a record high of S$25 billion as of 30 September 2022 despite the recent divestment of its US Marine business.

REITs are caught in a bind

On the flip side, the REIT sector is experiencing some pressure as the asset class is hit with the mix of inflation and higher interest rates.

Investors should brace themselves for a year-on-year distribution per unit (DPU) decline as many REITs had indicated their sensitivity to rising interest rates.

The STI has a stable of seven REITs that take up a total of 12.8% in weight.

Some, such as Keppel DC REIT (SGX: AJBU) and Frasers Logistics & Commercial Trust (SGX: BUOU), or FLCT, have already borne the brunt of these headwinds this year.

Keppel DC REIT has declined by 28.3% year to date while FLCT has shed a quarter of its share price.

With continued pressure on their DPUs in 2023, the seven REITs may deliver a muted share price performance.

Get Smart: A good chance for the STI to do well

Despite the expected weakness for the REITs, the STI is still expected to chalk up a decent gain as the three local banks enjoy tailwinds that will benefit their businesses.

Many other companies within the index are also doing well and have resilient businesses that can tide through a possible recession.