As interest rates are poised to head north soon, investors should pay attention to these three industries. 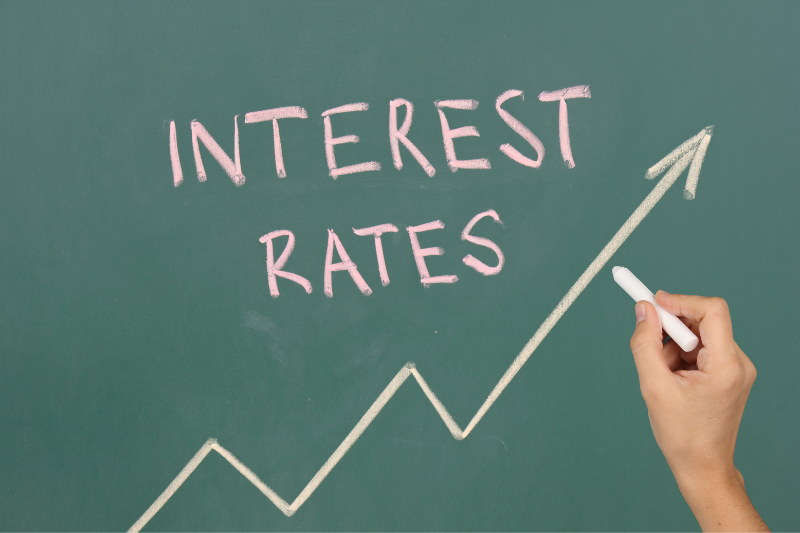 A recent jump in inflation has sent many central banks into a tizzy.

Inflation itself isn’t a bad thing, but governments are worried about runaway inflation hampering consumer spending just when the global economy is on the mend.

Interest rates are a blunt tool employed by central banks to tame the spectre of inflation.

The US Federal Reserve chairman Jerome Powell is still seeking to keep interest rates low for now but has announced that it will start reducing monthly bond purchases till it reaches zero net additions by the middle of next year.

In short, the amount of money sloshing around in the economy will be greatly reduced.

Many pundits believe that the Federal Reserve may start raising rates around the same time that it ceases to taper, and Singapore’s domestic interest rates may follow that same trajectory.

Investors are watching these developments closely as the level of interest rates can affect different industries to various extents.

Here are three industries that will be affected by the impending interest rate increases.

Banks and financial institutions are closely tied to the economy.

As they are in the business of lending money and receiving deposits, the level of interest rates will have a significant impact on banks’ prospects.

The net interest margin (NIM) is a closely-watched financial metric that is dependent on the overall level of interest rates.

When rates head up, banks can re-price their loans upwards and earn higher levels of net interest income.

Banks are funded by depositors who park their money in deposit accounts to earn interest.

For investors, the good news is that banks are nimbler in repricing their loans higher as there is a lag effect on deposit rates.

This lag translates to higher NIMs for banks that should smoothen out once deposit rates eventually head higher.

DBS Group (SGX: D05), which recently reported a record profit for its latest earnings, remains sanguine on the direction of interest rates.

Singapore’s largest bank’s CEO Piyush Gupta admits that rate increases are “obviously very beneficial” to the group as it will lift net interest income by around S$18 million to S$20 million for every 0.01% increase.

Investors can look forward to this tailwind to lift banks’ earnings, adding to an already buoyant fee income outlook for all three lenders.

Another sector that is sensitive to interest rates is REITs.

REITs are essentially securitised bundles of real estate that are packaged into a portfolio and then listed on a stock exchange.

REIT managers are reliant on debt financing for daily operations and these loans are rolled over once they mature.

A steady increase in interest rates will translate to higher borrowing costs for REITs.

With more cash used for debt financing, distribution per unit (DPU) may be negatively impacted.

Investors should also watch for REITs with debt coming due in the next 12 months as they may see their cost of debt creep up when they refinance their loans.

Singaporeans’ love for physical property is well-documented and the local property market is hot.

A total of 10,918 new homes were sold in the first 10 months of this year, surpassing the full-year sales in each of the previous three years.

Prices for resale HDB flats have climbed faster than those of private property, resulting in more people upgrading to condos by selling their HDB units.

A report by PropertyGuru shows a clear trend of rising property prices with the second quarter of 2021 clocking up a fifth consecutive rise.

The main impetus for these rises has been the abundance of liquidity along with rock-bottom interest rates.

With rates poised to rise, it could put a damper on property demand and cause more people to hold back from buying.

In turn, property agencies such as APAC Realty Ltd (SGX: CLN) or PropNex Ltd (SGX: OYY) could witness a fall in transaction volumes and value that will adversely impact their revenue and earnings.

Get Smart: A signal for a stronger economy

Investors should rejoice at the news of impending interest rate increases as it signals that the economy is on the mend.

While REITs may see some DPU pressure in the near term, an economic recovery will boost consumer spending, thereby benefiting a wide swath of REITs.

Property agencies should also see a gradual recovery in transaction volumes when unemployment dips and people have more disposable income.

Huge news from our team! In our quest to bring your more untapped opportunities, we’d like to invite you to our upcoming webinar, Megatrends 2022. In this FREE event, we’ll unveil the next hot trend with an untapped potential of more than US$100 trillion. This could set the stage for investors looking to find their next big growth stock. Save a seat by registering here now.