Should you be worried about recent stock declines, or can you seek refuge in strong fundamentals? Here is a mid-year review of my five largest tech stocks. 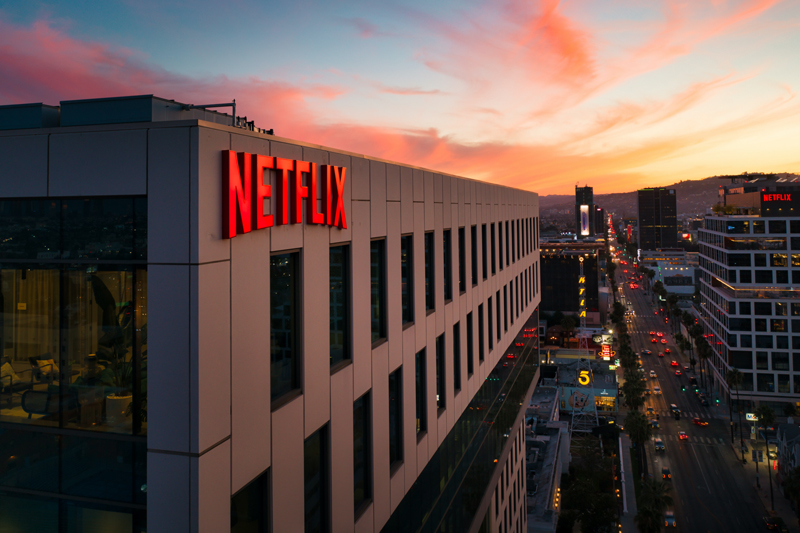 As an investor that has a more than 70% concentration of my portfolio in technology stocks, this year hasn’t been all roses and sunshine for me.

From the Russia-Ukraine war and COVID-related lockdowns in China that disrupted supply chains to the biggest interest rate hike since 1994, the blows just keep landing.

The worst mistake any investor can make is to sell their shares in panic when nothing is fundamentally wrong with the business.

We will now take a closer look at five technology companies within my portfolio.

Zoom Video Communications, or Zoom, is a secure and reliable video communications platform that became a verb during the peak of the pandemic due to its popularity.

Zoom has seen momentum in Enterprise customers’ growth, with Enterprise revenue rising by 31% year on year to US$560 million during the quarter.

A closely-watched metric is Enterprise customers as it indicates the company’s efforts on growing the customer segment that contributes the bulk of its revenue.

The total number of Enterprise customers that contributed more than US$100,000 in annual billings grew 46% year on year to 2,916.

For the coming quarters, a key aspect to watch will be how Zoom sells through other product offerings such as Zoom Contact Centre, Zoom Phone, Zoom Whiteboard, and Zoom IQ for sales teams.

Tesla is one of the world’s largest all-electric vehicle companies through the sale of cars, pickup trucks in the United States, China, and other countries around the world.

Differing from most of the other automotive manufacturers that sell through franchised dealerships, Tesla sells its cars direct to consumers.

This prevents any potential conflicts of interests which may arise as Tesla owns the showrooms and customers deal only with its staff.

Tesla also sells directly through the internet to consumers where a Tesla can be customised online.

This growth was largely attributable to increased vehicle deliveries, which grew 68% year on year to 310,048 in 1Q2022.

Tesla also cited increased average selling price as one of the factors contributing to the increased revenue seen, which suggests to me they have strong pricing power.

With its commitment to achieve 50% average annual growth in vehicle deliveries, and seeing what increased delivery numbers mean for its revenue and net income, I remain a patient investor in Tesla.

Tesla’s full set of 2Q2022 numbers will be announced on 20th July, after the US market closes.

Netflix is one of the world’s largest streaming media and entertainment services companies, with 222 million paid memberships in over 190 countries.

Netflix surged to dominance similarly during the COVID-19 period when most countries were on lockdown.

With the current bear market and tech sell off that we witnessed not too long ago, the stock has also fallen 70.8% year to date (12 July 2022’s closing price).

In its 1Q2022 earnings call, Netflix reported a loss of 200,000 subscribers compared with its previous quarter and mentioned that it is guiding for a two million loss in subscribers for its second quarter.

Although the market didn’t react well to this news, there is justification for this guidance and the plans that Netflix has laid out seemed fair.

Netflix is looking to introduce more controls to prevent password sharing outside the household.

These free loaders are active users as well, so it is reasonable for Netflix to levy an introductory charge on this base of customers.

Such a move, if successful, could open up an additional revenue stream for the streaming giant.

To combat the fierce competition from the likes of Walt Disney (NYSE: DIS) and Amazon (NASDAQ: AMZN), Netflix is looking to offer lower-cost plans with advertising.

This is a win-win model that would not only attract and retain budget-constrained subscribers, but also introduce new revenue streams for the company.

DocuSign is an e-signature platform provider that enables organisations to automate, sign, and manage agreements electronically across practically any smart device.

It is the world’s number one e-signature solution with a strong base of 1.24 million customers.

DocuSign spooked the market when it announced weak guidance for 2Q2023’s billings, between the range of US$599 million to US$609 million.

That said, looking at the explosive growth in its total customer base, which has a compound annual growth rate (CAGR) of 40% from FY2013 to 1Q2023, monetisation opportunities are still plenty for DocuSign. 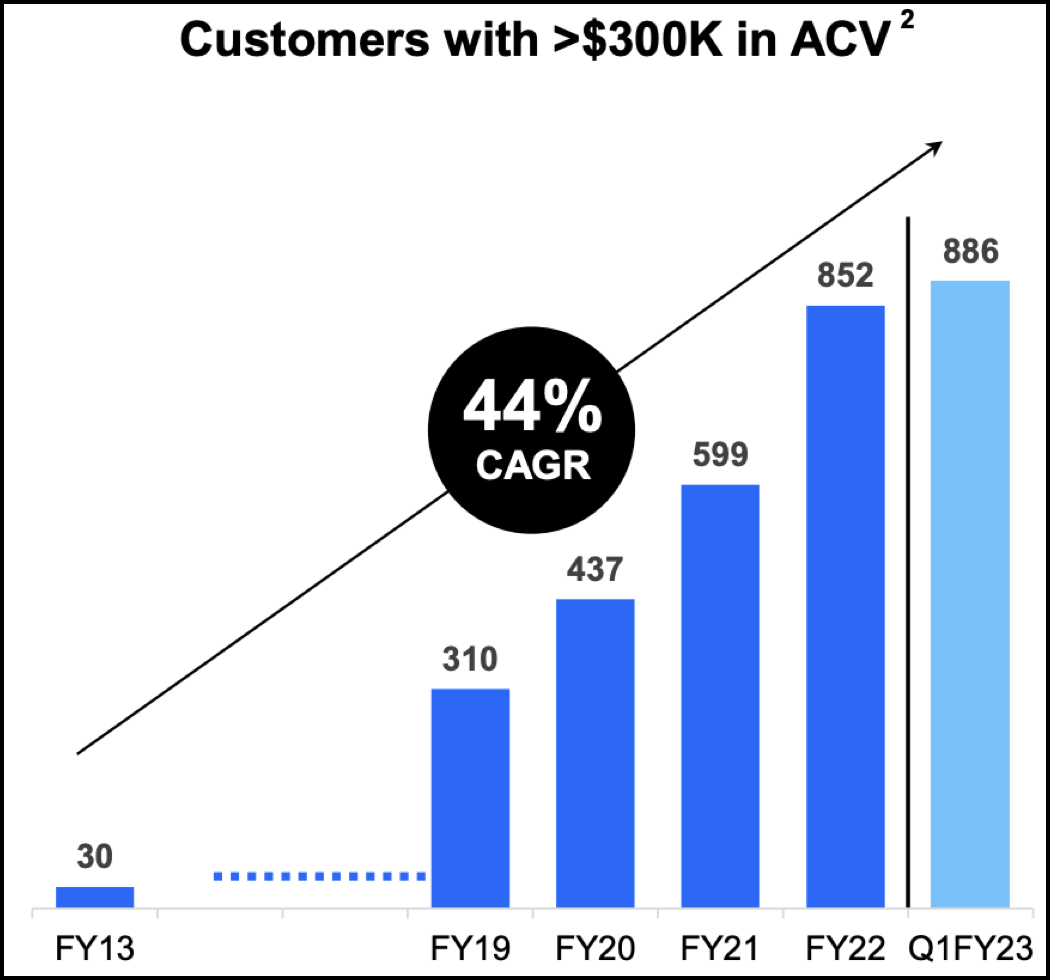 Last but not least, the strategic partnership that DocuSign announced with Microsoft (NASDAQ: MFST), which will see integration of cross products, means there will be extra momentum that will come from the Enterprise segment.

Apple is a company that needs no further introduction. It changed the entire era of smartphones and is now one of the most valuable brands in the world.

It is also the largest contributor to the S&P 500 index.

Apple has a strong base of loyal customers and has, over years, created a strong and interlinked ecosystem of products and services on the back of the success of the iPhone.

In its 2Q2022 earnings, we saw how Apple outperformed analysts’ expectations by reporting revenue of US$97.3 billion, above the US$94 billion that was forecasted.

As the COVID-related supply chain woes in China ease, Apple will benefit from the effect in the next few quarters.

As an investor, Apple’s main draw is the ability to innovate and cross sell its other services and products together directly to a strong and loyal customer base.

Although word on the street is pointing at Apple’s possible release of a virtual reality headset, what is certain is that when Apple launches it, this will likely be tied in with services revenue.

Although most of the stocks above did fall from a high, a closer look at each stock provides assurance that the business behind each company is doing fine.

It is hard not to feel affected when the same stocks were registering more than 100% gains, but as a long term investor, I’m in for the long term, and I’ll likely strategically add on to these positions whenever there’s a chance.