Share Prices Are Plunging Due to Russia’s War on Ukraine: What Should Investors Do?

Stocks are witnessing a sharp decline due to the outbreak of war. How should investors react? 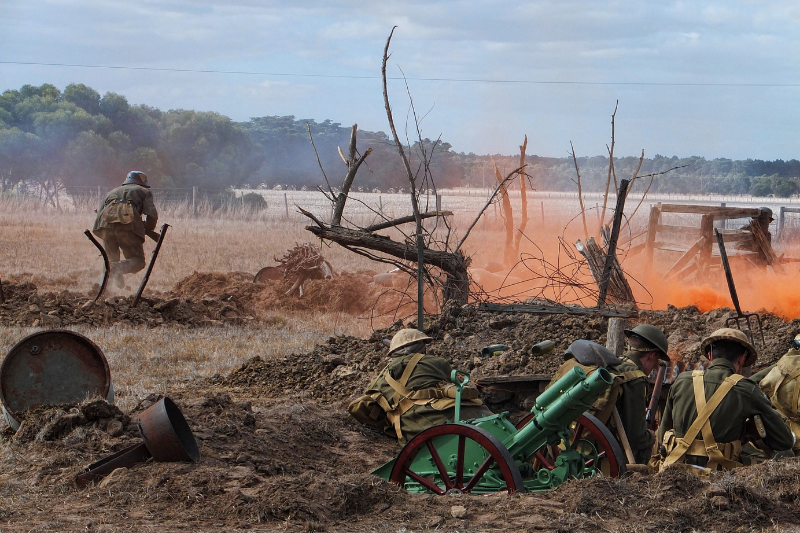 The toll from just the first day alone has been chilling — 137 people were killed, 316 injured, and more than 100,000 displaced from their homes by the escalating violence.

Meanwhile, the pan-European Stoxx 600 index fell more than 3% to a 2022-low, while the German stock market dropped 4% on the news.

As pessimism abounds, how should investors react?

A look back in history

As alarming as news of the war is, there have been many past incidents that showcase the effect of war on stock markets.

It’s insightful to take a step back and study how markets reacted to similar outbreaks in the past.

In the first six months after the war broke out, the Dow Jones Industrial Average (DJIA) fell more than 30%.

However, throughout the war, the DJIA was up more than 43% in total..

You may think that these effects seem counterintuitive, but the reality is that markets tend to shrug off the effects of war over time.

Are your stocks affected?

The next thing to check is whether the stocks you own are directly affected by the Russian-Ukraine war.

Western nations have reacted with outrage, with many of them imposing sanctions on Russia for its flagrant disregard for peace and international law.

The US has also unveiled harsh new sanctions including export blocks on technology and restrictions on Russian banks.

The Russian Rouble has also depreciated sharply against the US dollar, trading at around 85 to the dollar compared to 74.5 a year ago.

Stocks that have direct exposure to the Russian and Ukrainian economies would suffer direct adverse effects.

One example is Food Empire Holdings Limited (SGX: F03), where more than half of its fiscal 2021 revenue came from Russia, Ukraine, Khazakstan and other Commonwealth markets.

Another is Don Agro International Ltd (SGX: GRQ), an agricultural company operating in the Rostov region in Russia.

These companies will, no doubt, see their revenue and earnings crimped by this war.

But if you own a stock with principally domestic exposure, such as Frasers Centrepoint Trust (SGX: J69U) or Sheng Siong Group Ltd (SGX: OV8), then you have nothing to worry about.

Supply chains could be disrupted in the near term due to the effects of the war, but these should sort themselves out over time.

Take advantage of fear and panic

With ongoing pessimism surrounding many businesses, it could be an opportune time to think of deploying some capital into strong, well-run businesses.

Fear and panic can cause share prices to plunge in the short term.

As a Smart Investor, you can then go shopping for sturdy companies to include in your portfolio.

And in the US, businesses such as Nike (NYSE: NKE), Starbucks (NASDAQ: SBUX) and Shopify (NYSE: SHOP) are still reporting healthy year on year growth.

By increasing your stake in businesses that enjoy tailwinds of growth, as well as those that payout steady, dependable dividends, you can better position your portfolio for long-term success.

Get Smart: An attractive buying opportunity

The evidence is clear.

War is a regrettable event that results in the loss of many lives and untold suffering.

But stock markets routinely shrug off such events and continue to climb higher after the initial shock.

You will be doing yourself a favour by ignoring the bad news and putting your money to work during this crisis.