The hospitality trust has looked at various ways of realising value for unitholders before proposing this route. 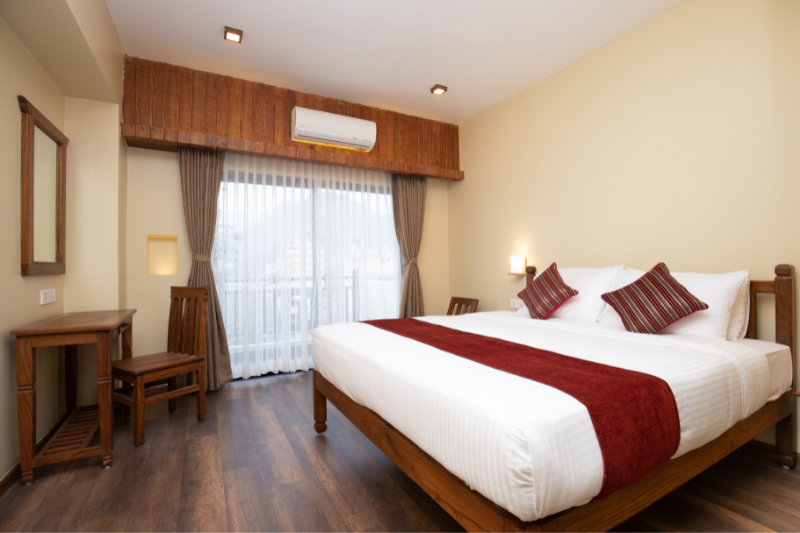 Over the last several years, several REITs have delisted either through mergers or having been taken private.

These moves have reduced the REITs available for investors as consolidation takes place within the REIT space.

Apart from these two REITs, Soilbuild Business Space REIT was taken private more than a year ago at S$0.53806 per unit.

The latest REIT to announce that it plans to go private is Frasers Hospitality Trust (SGX: ACV), or FHT.

Here are five aspects of the transaction that investors should know about.

1. A premium to net asset value

A wholly-owned subsidiary of Frasers Property Limited (SGX: TQ5), or FPL, is offering to privatise FHT through a trust scheme of arrangement.

The scheme consideration is S$0.70 per unit and represents a slight premium over the trust’s net asset value (NAV) per stapled security of S$0.6534 as of 31 March 2022.

In addition, the consideration of S$0.70 is also higher than the consensus analyst target price of S$0.60 by two brokerages.

Seen in this light, FHT’s offer from FPL represents a decent opportunity for unitholders to monetise their investment.

2. Tough to grow DPS and NAV

The decision to privatise FHT was not taken lightly and came after a detailed strategic review was conducted in April 2022.

The trust has attempted to grow its distribution per stapled security (DPS) and NAV since its IPO in July 2014 but has not been successful.

FHT undertook three acquisitions in total – one in 2015 and two in 2016, and also conducted asset enhancement initiatives (AEI) worth S$61.3 million since IPO.

The result was that the hospitality trust’s portfolio valuation has increased by 35% since its IPO, but both DPS and NAV have been on a downtrend.

The main culprit was due to the strengthening of the Singapore dollar against FHT’s operating currencies such as the Australian dollar, British pound, Japanese yen, Malaysian ringgit and the Euro.

3. An uncertain recovery for the hotel sector

Despite the reopening of borders and a surge in the number of travellers, the operating metrics for FHT’s assets remain significantly below pre-pandemic levels.

The revenue per available room (RevPAR) for its various markets remains at depressed levels for the first half of fiscal 2022 (1H2022) compared with FY2019.

Australia and Malaysia’s RevPAR are down more than 70% while Singapore’s is nearly half of its pre-pandemic level.

Coupled with rising inflation and an impending sharp rise in interest rates, FHT will have to contend with higher operating and borrowing costs, further delaying its recovery.

FHT has been caught between a rock and a hard place for some time.

It has been the second smallest hospitality trust listed on the Singapore stock exchange in terms of asset size and is ranked #32 among other REITs and business trusts in terms of free-float capitalisation.

Its small size prevents it from being included in the FTSE EPRA NAREIT Index, thereby limiting large funds from investing in it.

Liquidity is thus poor for the trust, leading to a lower institutional following.

The REIT’s pre-COVID average distribution yield has hovered around 7.2%, making it tough for the trust to make yield-accretive acquisitions.

The inability of FHT to attract greater fund flows and its lack of inclusion in a reputable REIT index means that it has no chance for improved valuations, resulting in a vicious cycle.

A stapled security unitholder who subscribed for FHT’s IPO and also subscribed for its rights issue on 9 September 2016 will have an average cost of S$0.813 for his units.

Along with distributions received over the years of S$0.297 plus the scheme consideration of S$0.70 per unit, the total the unitholder will receive is S$0.997, giving a 22.7% return since FHT’s IPO.

However, when calculated in terms of per annum returns, FHT provides a total return of merely 2.6% since its listing in July 2014.