We review the three local banks to see which makes the most attractive investment at this juncture. 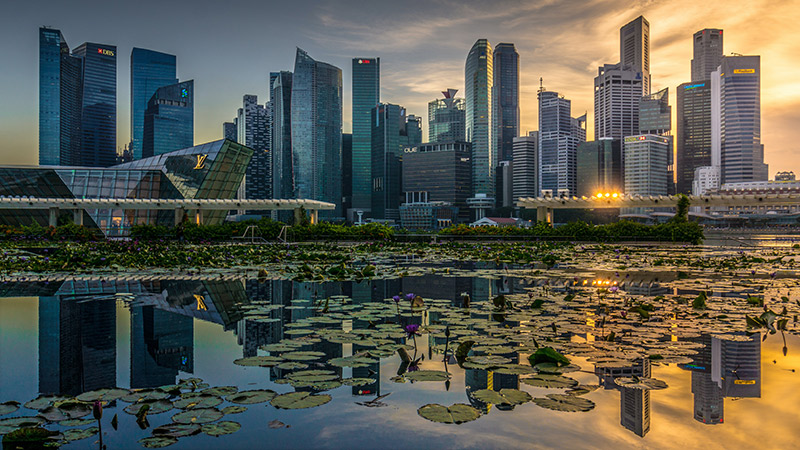 It is earnings season again and a good time to size up how businesses are performing.

Banks, being pillars of the economy, offer good clues as to how a vast swath of companies is doing.

This was followed by OCBC Ltd (SGX: O39) which announced a record net profit for 1H2022.

Finally, Singapore’s largest bank, DBS Group (SGX: D05), weighed in with its results and outlook for the remainder of the year.

At this juncture, investors may be wondering which of the three banks makes the most attractive investment.

We put the three local lenders side by side to come up with the answer.

First off, we review the three banks’ financial statements and look for the one with the highest year on year total income and net profit growth.

OCBC ties with UOB with a near-12% year on year increase in total income, contributed mainly by higher net interest income.

However, OCBC wins hands down with a 27.7% year on year jump in net profit as higher trading income and a surge in profits from its life insurance arm aided its outsized performance.

Next, we turn our attention to the banks’ loan books and net interest margins (NIMs).

All three banks saw healthy single-digit year on year growth in their loan books, with OCBC leading the pack with an 8.7% year on year improvement.

OCBC looks like the clear winner in this case, but investors should note that DBS has disclosed that July’s NIM is “above 1.8%”, portending better days for the bank as interest rates rise globally.

Moving on to the next attribute, the cost-to-income ratio measures the bank’s operating efficiency to its total income.

In comparing this metric, a lower ratio is better.

It was a different story in the last quarter as OCBC had the highest cost-to-income ratio of the three at 45.6%.

Both UOB and DBS have seen little fluctuations in their cost-to-income ratio on a year on year basis for 2Q2022, while OCBC enjoyed the biggest improvement.

Moving along to valuation, OCBC enjoys the most attractive valuation of the three banks.

With its heft and large size, DBS commands the highest P/B of close to 1.6 times, making it the most expensive lender of the trio.

Finally, we shift our focus to each bank’s dividend yield, an attribute that income investors will pay keen attention to.

OCBC currently sports the highest trailing dividend yield of the three banks at 4.6%.

Get Smart: OCBC wins on all attributes

From the above, it’s pretty clear that OCBC wins hands down as it scored the best on all five attributes.

The bank offers a compelling valuation along with a good dividend yield and is seeing both its loan book and NIM growing steadily.

All three banks are seeing their loan books remaining resilient even as prospects of a recession loom.

Looking ahead, investors should remain watchful of risks that could result in slower loan growth or higher provisions.