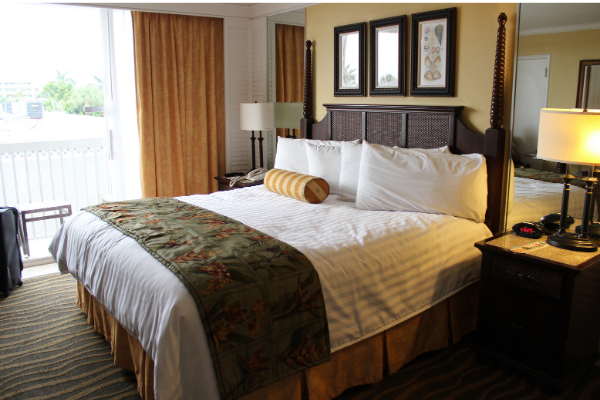 It’s been more than nine months since the COVID-19 pandemic broke out.

The number of infected people has touched 35 million.

Sadly, around a million people have died from the pandemic.

With airlines grounded, one of the hardest-hit industries is hospitality.

Back in May, we provided an update on how the pandemic was affecting hospitality REITs.

Nearly six months later, it’s time to revisit the hotel landscape to see if there is any light at the end of the tunnel.

A quick look at some of how our local listed hotel chains are faring paints a glum picture.

Hotel Royal Limited (SGX: H12), a hotel group that owns a total of seven hotels in Singapore, Malaysia and Thailand, reported a downbeat set of earnings for the first half of 2020.

Revenue declined by 37.6% year on year to S$17.4 million, and the group incurred a loss of S$3 million, reversing last year’s net profit of S$2.4 million.

Revenue plunged by almost 50% to S$144.8 million, and the group incurred both a gross and net loss for the first half of the year.

Although revenue fell by 42% year on year, the group still managed to report a net profit of S$3.4 million, down 65% year on year.

All three companies blamed the pandemic for the depressed earnings and commented that the weak sentiment is set to continue for the rest of 2020.

There was some respite from letting out rooms to foreign workers for quarantine in Singapore, but by and large, the hotel chains had no other mitigating measures to cushion the fall in revenue.

The hospitality REITs have not fared much better, either.

For Far East Hospitality Trust (SGX: Q5T), the presence of a fixed rent component within the REIT’s master leases helped to provide some downside protection.

Still, although revenue fell by a gentler 20.6% year on year in the first half compared to the hotel groups, distribution per unit (DPU) fell by a steeper 43.4% year on year due to income retained to assist tenants through this difficult period.

All six of its UK properties had to be temporarily shut, while its Malaysian property The Westin at Kuala Lumpur temporarily suspended operations since May 2020.

However, its Singapore portfolio maintained a high occupancy of 81.7% in June as more than 60% of guests at Frasers Suites Singapore were on long stays.

While FHT’s Australia and Japan properties continued to operate, the occupancy rate was just 33.4% and 17.3% in June, respectively.

International chains not doing much better

Even renowned international hotel chains have not been spared the carnage.

Marriott International (NASDAQ: MAR) reported a 72% year on year plunge in total revenue and incurred a net loss of US$234 million in the second quarter.

The worst appears to be over, though, as the hotel chain reported that revenue per available room (RevPAR) climbed from being down 90% in April to being down 70% for July.

Worldwide occupancy rates also bottomed at 11% in April and have climbed steadily to reach almost 34% for the week ended 1 August.

Hilton (NYSE: HLT), which owns more than 6,200 hotels worldwide in 118 countries, also reported a plunge in total revenue and an operating and net loss for the quarter.

However, the company continues to soldier on, with a development pipeline of over 2,700 hotels in the works, of which around half were located outside the US.

Get Smart: No sliver of hope yet

The bleak prognosis above shows that there is, sadly, no sliver of hope yet for the hotel industry.

Hotel chains and hospitality REITs are coping the best they can, and some have mitigating measures in place to cushion the impact of COVID-19.

However, unless a vaccine or a cure for the coronavirus is found, the tough operating conditions are unlikely to improve anytime soon.