Venture, AEM, UMS and Frencken Share Prices Rebound: Is it Time to Buy?

The outlook may not be as dire as expected. 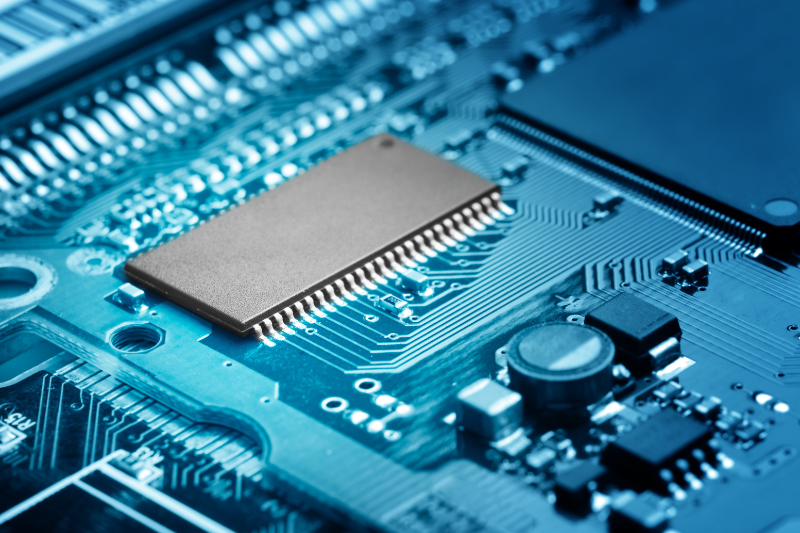 Investors in Singapore semiconductor stocks have been on a roller coaster ride.

Just last month, signs of a slowdown brought many of these stocks skidding to their 52-week lows.

Ongoing layoffs in the technology space, coupled with falling demand, made investors skittish as they worried about the prospects of these companies.

However, in the space of two weeks, the mood seems to have shifted.

Semiconductor stocks have rebounded sharply as investors become more sanguine about the sector.

Could it be time for investors to jump in?

Correlated with inflation and interest rates

It may sound surprising, but the fortunes of the group of semiconductor-related stocks are indirectly tied to inflation and the level of interest rates.

The US Federal Reserve has hiked interest rates at the fastest pace ever and had just announced its fourth consecutive 0.75 percentage point increase in early November.

The purpose of these moves is to bring runaway inflation under control as rising prices crimp consumer demand and cause hardship for a wide swath of the population.

Technology companies such as Meta Platforms (NASDAQ: META) are now projecting lower demand and analysts are predicting doom and gloom for the notoriously-cyclical sector.

However, the most recent inflation reading of 7.7% was better than projected and seemed to signal that the worst may be over, leading many to believe that the US central bank will ease up on interest rate hikes.

If so, technology stocks will enjoy a much-needed reprieve that should see demand remain robust in the foreseeable future.

Since 21 October, shares of the contract manufacturer have risen 12.4%.

The former’s share price surged 37.9% while the latter saw a 41% rebound over the same period.

The group also maintained its revenue guidance for 2022 as it sees continued strong demand from existing and new customers.

Shares of AEM have rebounded by 16.6% since 21 October as investors cheered its results.

The results from this group of companies provide confidence that the sector can hold its own and that demand continues to be robust.

In a vote of confidence, famed investor Warren Buffett recently disclosed a stake of around US$5 billion in Taiwan Semiconductor Manufacturing Company (NYSE: TSM), or TSMC.

The nonagenarian has been wrong before on his bets on airline stocks but still maintains a strong following for his savvy picks in stocks such as Apple, Coca-Cola (NYSE: KO) and American Express (NYSE: AXP).

It remains to be seen if his enthusiasm is justified, but knowing Buffett’s penchant for long-term investments, he seems to be implying that the future remains bright for the sector.

Meanwhile, investment firm Temasek Holdings has taken the opposite bet, cutting its losses on TSMC just half a year after acquiring a stake.

Get Smart: Glimmers of hope are emerging

The bearish mood seems to have dissipated for now as investors feel more optimistic about the semiconductor sector.

It’s still early days, but a peaking of inflation could signal an easing of the US Federal Reserve’s hawkish stance.

Technology companies may be suffering for now, but many are undergoing painful layoffs to eliminate a layer of unnecessary fixed costs that should help put the business back on track.

If you possess a long-term mindset, it may be a good bet to place on Singapore semiconductor stocks to enjoy the eventual upturn.