Singapore Technology Stocks Are Skidding to Their 52-Week Lows: Are They a Buy? 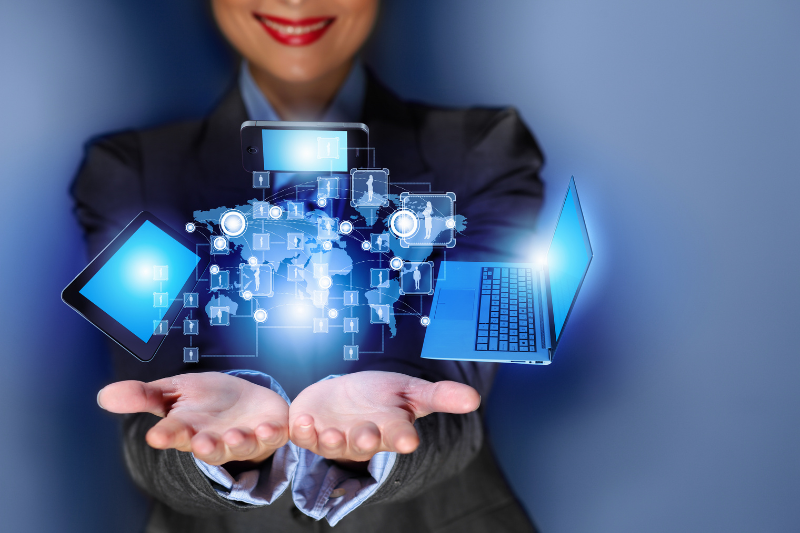 The last two years have seen a sharp surge in demand for electronic components and semiconductors as the world embraces technology, the internet, and cloud computing.

Numerous businesses had undergone digitalisation to compete more effectively, while millions of people used social media and video conferencing tools to stay in touch with loved ones.

However, there are signs that a slowdown may be imminent in the technology space.

The world’s largest contract chipmaker, Taiwan Semiconductor Manufacturing Co (TPE: 2330), or TSMC, had slashed its capital spending budget by roughly 10% as it braces for a broad downturn.

With this adjustment, the share prices of many Singapore technology-related stocks have skidded to their 52-week lows.

Test and handling specialist AEM Holdings (SGX: AWX) saw its share price hit a year-low of S$3.03 and is down 42% year to date.

Electronic component manufacturer Micro-Mechanics (Holdings) Ltd (SGX: 5DD), or MMH, had its share price slashed by a quarter from S$3.38 to S$2.51 year to date and is trading 14.3% lower than it was a year ago.

Other electronic and semiconductor-related stocks such as Frencken Group (SGX: E28) and UMS Holdings Limited (SGX: 558) are also seeing their share prices hit their 52-week lows of S$0.83 and S$0.94, respectively.

Given these declines, are there bargains to be found among this crop of stocks?

Trouble was already brewing back around May and June this year.

Back then, several high-profile technology companies announced job cuts as growth stalled and demand plummeted from a two-year high.

Payment services firm PayPal (NASDAQ: PYPL) laid off more than 80 staff at its headquarters in California in May, emphasizing the need to “cut costs”.

Following that, Shopee saw another round of job cuts just last month, while social media giant Meta Platforms (NASDAQ: META) had also laid off some employees as its revenue for the second quarter of 2022 declined year on year for the first time in years.

These numerous job cuts point to signs of a slowdown in demand that will trickle down to the back-end manufacturers.

A sharp fall in demand

Fast forward to today, and companies such as Intel Corp (NASDAQ: INTC) are planning a major headcount reduction due to a global personal computing slowdown.

Just last month, iPhone maker Apple (NASDAQ: AAPL) was said to have forsaken plans to increase the production of its latest iPhone 14 after sales of the device missed the company’s projections.

All these data points indicate that demand for semiconductors and their components may face a sharp decline, thereby affecting companies such as MMH, Frencken, UMS, and AEM.

However, AEM has been a bright spark amid the sell-off, with the company recently revising its revenue guidance upwards in light of increased demand from new and existing customers.

To make matters worse, the US has now announced new limits on the sale of semiconductor technology to China.

The move is an attempt by the Biden administration to stymie China’s technological advancements in the hopes of stunting its military and economic ambitions.

The rules are the broadest export controls issued in a decade and could have wide-ranging implications for a host of semiconductor component manufacturing and testing businesses.

China is unlikely to just sit idly by as the US targets its high-technology sectors and may respond with a similar set of measures aimed at the booming US tech sector.

The sparring between these two superpowers creates a new set of challenges for all semiconductor and electronic companies as they grapple with new restrictions amid a demand slump.

Get Smart: Monitoring the situation

This raft of troubles seems to justify the sell-down of the Singapore technology sector.

A fall in demand could see lower revenue, profits and dividends from the raft of semiconductor names listed here.

Investors should continue to monitor the situation and also review the companies’ upcoming results during earnings season to see how bad things are.

The stocks may look like bargains now, but the downturn could last longer than anticipated.