We look at the latest inflation data and also assess whether the US central bank plans to continue with its interest rate hikes. 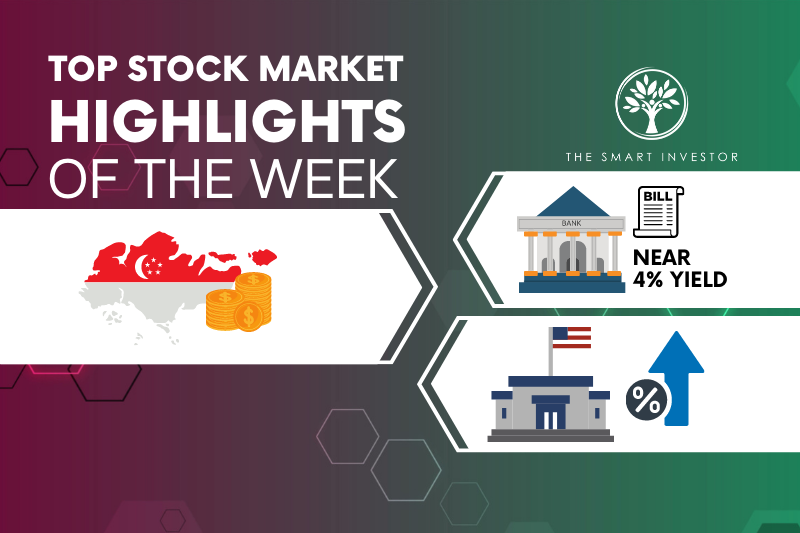 High inflation has been a bugbear for the economy in the last several months as the higher price of goods and services threatens to dampen consumer demand.

Hence, it was a welcome relief when the government reported that October’s headline inflation rate has somewhat eased.

Core inflation dipped slightly to 5.1%, slightly below the 5.3% registered in September.

It was also the first time that inflation has slowed since February this year.

Overall inflation, which includes the effects of accommodation and private transport costs, came in at 6.7%.

Although this was still high, it was lower than the previous month’s 7.5% as private transport inflation eased.

Both the Monetary Authority of Singapore (MAS) and the Ministry of Trade and Industry (MTI) expect overall inflation to average around 6% for 2022, with core inflation hovering at the 4% level.

If stripped out, then core inflation should range between 2.5% to 3.5% while overall inflation is expected to come in between 4.5% to 5.5%.

Investors should look for appropriate investments to park their money in that can help them beat inflation, with high-yielding REITs and blue-chip companies being two possible options.

If you’re looking for a good place to park your spare cash, you can look at Singapore Treasury Bills (T-bills).

T-bills are short-term debt securities that are issued and backed by the Singapore government, with maturities of one year or less.

With the Singapore government’s backing, these investments can be viewed as risk-free.

T-bills are issued at a discount and investors get back the full face value at maturity.

These bills can be purchased with either cash, SRS funds or CPF monies.

The yield on the latest Singapore six-month T-bill has fallen to 3.9% during the latest bidding round, down from 4% two weeks ago.

With yields hitting such levels, it’s no wonder that the government has received a surge in applications for subsequent T-bill issues.

This round, the T-bill was 2.5 times subscribed, which was the highest to date for this tenor.

There are two types of bids for T-bills – competitive, and non-competitive.

For non-competitive bids, the investor simply specifies the amount to be invested and accepts the final, cut-off yield.

In contrast, for competitive bids, investors will specify that the yield must be above a certain level before they allocate their money.

For this round, the value of non-competitive bids made up around half of the T-bill’s total allotment.

Hence, there may be a shift towards more competitive bids in subsequent issues, thereby pulling down the yield further.

All eyes have been on the US Federal Reserve’s interest rate decisions this year.

The central bank has already instituted four consecutive rounds of 0.75 percentage point increases to bring the benchmark policy rate to between 3.75% and 4%, the highest since January 2008.

In total, the benchmark rate has been raised six times this year with one more rate-setting decision in December to close off this year.

Many analysts are expecting a step-down to a 0.5 percentage point increase as officials at the central bank have hinted that smaller rate increases are appropriate moving ahead.

Recently-released minutes of the November Federal Reserve meeting appear to confirm this too.

Participants of that meeting noted that it takes time for the effects of higher interest rates to trickle through the economy.

Some have even cautioned that too much was being done and that the Federal Reserve had been overzealous in its frantic attempt to lower inflation to the long-run target of 2%.

Economists at the US central bank now see the probability of a recession at 50-50.

Should inflation ease next year and the economy slow down, it may prompt the Federal Reserve to dial back on the pace of rate hikes.

Still, it may take a while before interest rates head down as inflation remains a top priority for the central bank.