We delve into some interesting developments in crypto and energy being provided as a service. 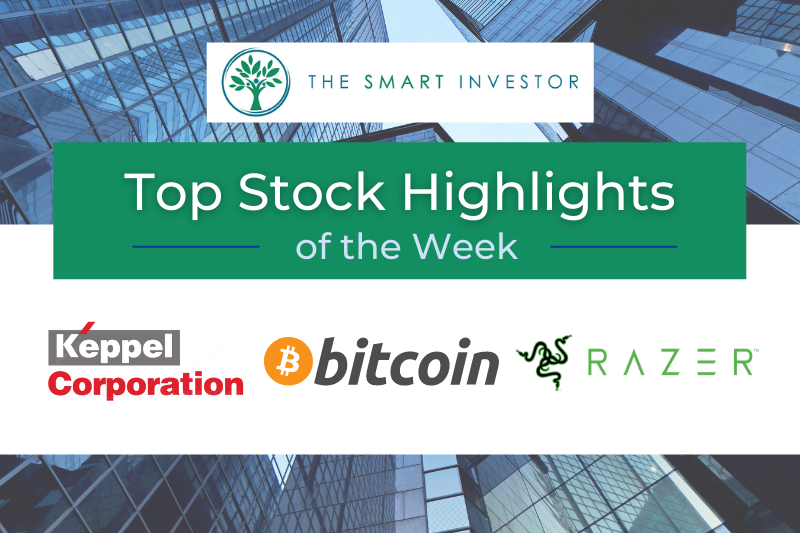 This week, we once again bring you some interesting corporate highlights in the business world.

You’ve probably heard of software-as-a-service (SaaS) companies such as DocuSign (NASDAQ: DOCU) that offer their electronic signature service over the cloud.

But now, Keppel is offering its very own “energy-as-a-service” (EaaS) to help defray its client’s energy consumption.

Its wholly-owned subsidiary, Keppel Infrastructure Holdings Pte Ltd (KIH), is partnering with Perennial Holdings to roll out this service at a contracted sum of S$50 million.

The project includes the installation and operation of super-efficient chiller systems and photovoltaic solar panels at Perennial Business City, an upcoming business park located in the Jurong Lake District.

Perennial Business City expects to reduce its total building energy consumption by more than 40% when operations commence from 2022.

KIH will install 20 smart electric vehicles (EV) charging stations and supply solar-generated electricity to the business park by installing more than 1,800 solar panels on the roof of the building.

These panels will also reduce around 500 tonnes of annual carbon emissions, and is in line with Keppel’s Vision 2030 goals.

Cryptocurrencies have received a boost from the Monetary Authority of Singapore’s (MAS) chairman Tharman Shanmugaratnam on wednesday.

He remarked at the recent Asia Financial Markets Forum that these digital assets have a place in Singapore’s finance sector if they are regulated.

Stablecoins, a crypto asset that is pegged to the value of fiat currencies such as the US dollar, could be used together with traditional payment systems as a supplement.

He did caution, however, that close monitoring and regulation were needed to prevent illicit activities such as money laundering.

The central bank is keeping an open mind about cryptocurrencies as it wants to spur innovation and see new technologies blossom.

Singapore is also slowly building its status as a crypto-technology hub and is laying the foundation for activities such as listing, tokenisation, and custody of these digital assets.

The government had recently granted a licence to DBS Group (SGX: D05) to set up its cryptocurrency exchange.

On the flip side, MAS has ordered the world’s largest cryptocurrency exchange by trading volume, Binance, to cease operations here as it does not have an appropriate licence.

Despite the central bank’s interest, Tharman does not think that cryptocurrencies can replace money as legal tender anytime soon as they are still “volatile and speculative” by nature.

He prefers to view cryptocurrencies as being part of the financial technology landscape, where the technology has the potential to help underserved markets, break down barriers and help more segments of the population to access much-needed financing.

The new HQ has a designated space for hosting esports workshops, training sessions, and for supporting local esports teams and talents.

Tan Min-Liang, Razer’s CEO, also announced that the company will be boosting its Singapore headcount from 600 currently to 1,000 by 2023.

Like Perennial Business City described above, the new Razer HQ is also equipped with eco-friendly features such as solar panels and sensor-enabled lighting systems for energy effectiveness.

The company had announced ambitious ESG commitments for 2030 in a decade-long effort to preserve nature and protect the environment.

Razer recorded another profitable period with a 1H2021 net profit of US$31.3 million, reversing a loss of US$17.7 million the year before.

The company turned in its first-ever profitable half in 2H2020.