There are 500 stocks that make up the S&P 500. The largest eight, which widely represent the tech sector, account for over a quarter of the index’s weightage. 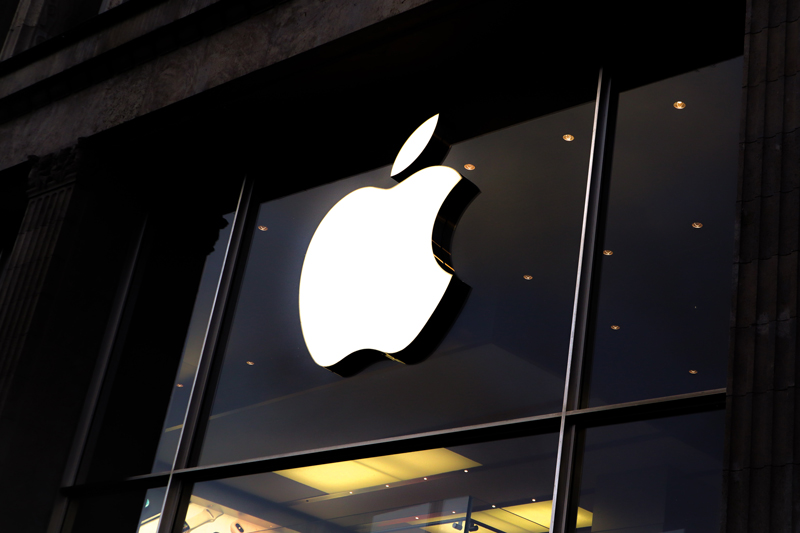 As its name implies, there are 500 stocks that make up the index, accounting for around 80% of the total market capitalisation for all US-listed companies.

In contrast, its counterpart, the Dow Jones Industrial Index (INDEXDJX: .DJI), or DJIA, only holds 30 US blue-chip companies.

As such, it is no wonder that the S&P 500 is often cited as the barometer for the US stock market.

In fact, as of 31 December 2020, a survey showed that US$5.4 trillion in assets were indexed to the S&P 500, with another US$8.1 trillion assets benchmarked against the widely followed index.

In Singapore, you are able to invest in the S&P 500 index through the SPDR S&P 500 ETF Trust (SGX: S27), an exchange-traded fund that mimics the composition of the US-based index.

The heavyweights of the S&P 500 index

The S&P 500 is weighted by market capitalisation.

As such, while there are 500 companies that make up the S&P 500, the largest companies hold more sway in the index compared to others.

Let’s take a look at which are the 10 biggest contributors to the index.

Unlike our local Straits Times Index (SGX: ^STI), the S&P 500 is heavily weighted towards technology companies.

Information technology, as a sector, accounted for nearly 28% of the US Index.

In contrast, Singapore STI is largely dominated by the financial sector. For the S&P 500, financials only occupy around 11% of the overall weightage.

Other major sector contributors to the US index are healthcare (13.3%), consumer discretionary (12.4%), and communication services (11.3%).

The Big 10 stocks to watch

As it stands, the top 10 companies within the S&P 500 account for 28.5% of the index’s weightage, giving it an outsized influence on the index’s movements.

The largest contributor is iPhone maker Apple (NASDAQ: AAPL) with a market cap of over US$2.3 trillion, followed by Microsoft (NASDAQ: MSFT) which weighs in at a little under US$2.2 trillion.

This trillion-dollar duo accounts for 12.2% of the overall index weightage.

Google’s parent company, Alphabet (NASDAQ: GOOGL) (NASDAQ: GOOG), which is valued at US$1.8 trillion, comes in third with a 4.43% contribution.

Amazon was founded by Jeff Bezos, who has been ranked the richest man in the US by Forbes 400.

The top five tech giants, popularly termed FAAMG, collectively account for 23% of the S&P 500 overall weightage, signifying the importance of the quintet to the future performance of the US-based index.

The next on the list is Tesla (NASDAQ: TSLA), led by the mercurial Elon Musk. The electric carmaker has a market cap of over US$770 billion.

Musk is ranked as the second richest man in the US behind Amazon’s Bezos.

Moving on, the semiconductor industry is represented by Nvidia (NASDAQ: NVDA), the inventor of the graphic processing unit, or GPU, which are used anywhere from gaming to data centres today.

The top seven companies, which account for over a quarter of the S&P 500’s weightage, signifies the rise of the internet economy which has benefited from the shift online at the onset of the pandemic.

And we can expect more growth in the future, according to Microsoft CEO Satya Nadella.

Nadella believes that the amount of money spent on tech will increase from five percent of the world’s gross domestic product to over 10% over the next decade.

The stalwarts of the old economy

The final two on the list can be seen as stalwarts from the old economy: JP Morgan (NYSE: JPM) and Berkshire Hathaway (NYSE: BRK.B).

JP Morgan has roots stretching as far back as 1799.

The bank’s foundation was built from over 1,200 predecessor institutions and heritage firms such as The Chase Manhattan Bank, The First National Bank of Chicago, The Bear Stearns Companies and many more.

Berkshire Hathaway, which has a history dating back to 1839, is almost like an index fund by itself, with varied businesses ranging from home building, insurance, railroads, consumer goods, aerospace, lubricants and many more.

The conglomerate is helmed by Warren Buffett, who is widely acknowledged as the best investor of our generation.

Interestingly, Berkshire Hathaway’s largest position in its US$313 billion stock portfolio is Apple, which makes up close to 41% of the pie.

The conglomerate is a major shareholder of the iPhone maker with a 5.5% share.