With the relaxation of a raft of measures since the pandemic started, here are three REITs that should see better performance. 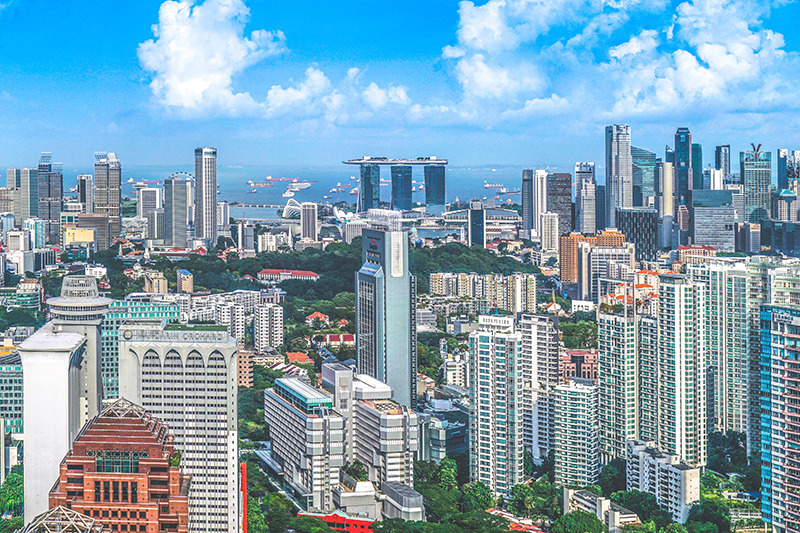 After two long years, we are finally seeing the light at the end of the tunnel.

Last Friday, Singapore announced that it will move to the next phase of living with the virus.

And with it, a raft of measures was either lifted or relaxed.

Among them was the doubling of group sizes from five to 10 when dining in and also for household visits.

The restriction on the sale of alcohol after 10:30 p.m. will also be lifted.

Not only will larger social gatherings be allowed, but a new Vaccinated Travel Framework (VTF) will lift more restrictions for travellers entering Singapore and allow Singaporeans to travel more easily.

It’s music to many businesses’ ears as these changes are expected to bring in additional business and encourage more social gatherings.

Here are three REITs that stand to benefit from the ease of restrictions.

Frasers Centrepoint Trust, or FCT, owns a portfolio of nine suburban retail malls in Singapore with assets under management (AUM) of S$6.1 billion as of 31 December 2021.

These include heartland malls such as White Sands, Causeway Point, and Changi City Point, with a total net lettable area of 2.3 million square feet.

With the increase in group sizes for dining in and gatherings, FCT’s malls should also enjoy higher footfall and tenant sales.

Occupancy remained high at 97.2% while the average cost of debt remained low at 2.2%.

Shopper traffic stood at 66% of pre-COVID levels while tenant sales were higher by 6%.

These numbers showcase the REIT’s resilience as tenant sales remained healthy despite footfall being just two-thirds of pre-pandemic levels.

FCT is poised to report better footfall and tenant sales across its malls as restrictions ease, and investors can look forward to higher DPU.

Far East Hospitality Trust, or FEHT, has a portfolio of 13 properties with a total of 3,143 hotel rooms and serviced residence units worth around S$2.6 billion as of 31 December 2021.

The REIT reported a resilient set of earnings for FY2021, with gross revenue flat year on year despite the pandemic.

Based on FEHT’s last traded unit price of S$0.64, the REIT’s trailing distribution yield stood at 4.1%.

The new VTF will benefit the REIT by bringing in a larger number of tourists, thereby lifting both occupancy and RevPAR.

FEHT should see its numbers improving as more travellers make use of the new framework to enter Singapore in the coming months.

CapitaLand Integrated Commercial Trust, or CICT, is a retail and commercial REIT that owns 21 properties in Singapore and two in Frankfurt, Germany.

The sharp increase was due to the merger of CapitaLand Mall Trust and CapitaLand Commercial Trust to form CICT.

The increase in group size should benefit CICT’s malls such as Funan and Raffles City, while the influx of tourists should further boost footfall and tenant sales.

With Singapore allowing up to 75% of staff to return to their workplaces, CICT’s commercial portfolio should also see sustained leasing demand.

CICT also recently announced that it will acquire a 70% stake in a grade A office building, 79 Robinson Road, for S$1.26 billion.