The national carrier reported its worst-ever full-year financial performance due to the pandemic. Here are five things investors need to know from its latest results. 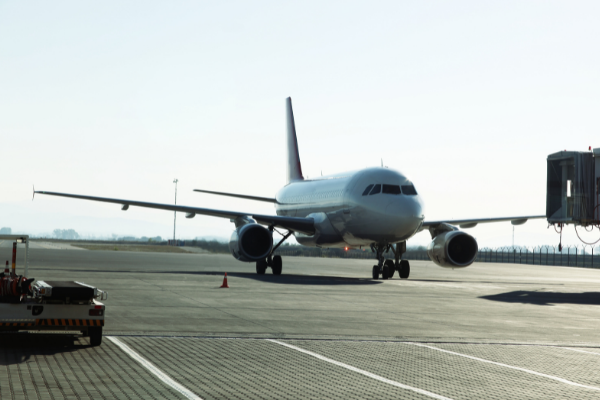 The carrier reported the toughest year in its operating history as borders remain closed and air travel curtailed due to the COVID-19 pandemic.

We recently provided a preview of SIA’s results after the airline’s share price rallied 50% in eight months.

Unfortunately, the news was as bad as we had feared in terms of financial and operating numbers.

There is a silver lining amid the gloom.

SIA reported a sharp 76.1% year on year plunge in total revenue to S$3.8 billion, a result of the nearly 98% shrinkage in passenger traffic during the financial year.

However, SIA’s cargo division delivered a sterling performance with a 38.8% year on year jump in revenue to S$2.7 billion.

The strong performance of this division was driven by sustained air cargo demand for sectors such as e-commerce, pharmaceuticals and electronics, and helped to buffer the weaker performance across the passenger airline divisions.

Net fuel cost declined by 78.1% year on year to just S$1 billion as there were fewer planes in flight.

In sum, the airline reported a group operating loss of S$2.5 billion. Net loss swelled from S$212 million a year ago to S$4.3 billion.

A sharp plunge in passenger volumes

Passenger flown revenue plunged by nearly 95% year on year as the bulk of SIA’s fleet was mothballed to wait for the reopening of borders.

But things are gradually looking better.

Group passenger available seat-km (ASK) reached 23% by the end of FY2021, significantly higher than the 8% achieved as of 30 September 2020.

SIA continues to expand its network slowly as the situation improves.

As of 31 March 2021, the airline’s passenger network served 60 destinations, up from 54 three months ago.

Meanwhile, SIA’s cargo network reached 72 destinations, up from 66 over the same period. Load factor for SIA Cargo remained high at 85.8% for FY2021.

Looking ahead, passenger capacity is expected to increase to 28% of pre-COVID levels by June 2021 and further improve to 32% by July 2021.

Investors should note that SIA’s bottom line was impacted by several impairments that are one-off and non-cash in nature.

A write-down of S$1.7 billion was recorded on 45 surplus aircraft following a review of network requirements.

This impairment was also made because the market value of the aircraft was lower than their cost.

A review of business conditions also led to a S$170 million impairment of goodwill for Tiger Airways which SIA acquired back in October 2014.

SIA continued to burn a huge amount of cash for FY2021.

The airline saw an operating cash outflow of S$3.3 billion for the fiscal year compared to an inflow of S$2.7 billion in the prior year.

Cost-cutting measures have slowed down the cash burn considerably, though.

SIA now uses up less than S$1.8 billion of cash per year, compared to around S$4.2 billion just six months ago.

Despite the lower cash burn, management felt it prudent to issue its second tranche of Mandatory Convertible Bonds (MCB) to raise another S$6.2 billion.

Back in March last year, the airline had announced a 3-for-2 rights issue of shares at S$3.00 per rights share and its first tranche of MCB at a ratio of 295 MCB per 100 shares owned.

With this issuance, SIA would have raised a whopping S$21.6 billion since April last year, allowing the group to withstand the prolonged challenges to the aviation industry.

A transformation in progress

The airline continues with its transformation to enable the group to emerge stronger after the pandemic.

Over 100 touch points have been reviewed for customers’ journeys with enhancements made through tapping on digital technology.

SIA is also one of the first airlines to almost fully vaccinate its entire cabin crew and pilots to assure passengers.

SIA Cargo is also helping to transport vaccines around the world to help in the battle against the coronavirus.

Given the results, it appears SIA is not out in the clear yet.

Although signs have emerged that the tide is slowly turning against the virus, it will be a slow and protracted recovery that may see further unexpected twists.

The outlook for the aviation industry remains cloudy, with the International Air Transport Association (IATA) projecting that aviation revenues may not rebound to pre-COVID levels even by 2024.

Investors may see the airline raising more money if the situation does not improve further.