Sembcorp Industries is Going Big on Renewables: 5 Highlights from Its Investor Day

The blue-chip utility conglomerate unveils its new strategic direction. Here are five aspects of it that investors should know. 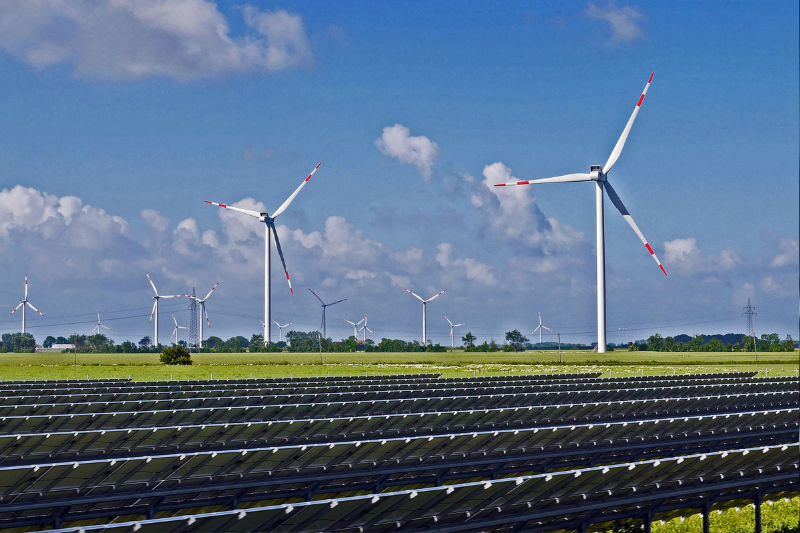 Last year was a watershed moment for Sembcorp Industries Limited (SGX: U96), or SCI.

The utility giant reported a massive S$997 million loss in 2020 as it divested Sembcorp Marine Limited (SGX: S51), its marine division, to refocus its energies on utilities and urban development.

The disposal of its beleaguered marine division was the culmination of a complex corporate exercise involving a rights issue for Sembcorp Marine and a demerger of both companies.

The conclusion of this corporate restructuring resulted in a utility group that was more streamlined that was no longer burdened by the losses from its once majority-owned marine division.

Since then, SCI has wasted no time in affirming its commitment to a new, sustainable future.

In May, the group launched its green financing framework to drive investments in renewable energy across its market.

And just last week, SCI unveiled a bold plan to transform its portfolio “from brown to green” by betting big on renewable energy.

The utility specialist hosted an Investor Day to outline both its capabilities and strategic vision to achieve this by 2025.

Here are five highlights that investors should know about.

SCI intends to grow the profit contribution from its sustainable solutions portfolio from the current 40% to 70% in four years.

For context, in 2020, its net profit before exceptional items and corporate costs came up to S$415 million, of which 11% comprised renewables (wind and solar) and 27% was made up of integrated urban solutions such as water and waste-to-resource.

Beyond that, SCI plans to grow its renewables portfolio at a compound annual growth rate (CAGR) of 30% till 2025 and its urban integrated solutions portfolio by 10% over the same period.

The group will also take the lead in ensuring that greenhouse gas emissions are halved by 2030 and that net-zero emissions will be achieved by 2050.

SCI has identified three important megatrends that will have a significant impact on businesses and individuals.

The first is decarbonisation or the decrease in the use of fuels that produce carbon dioxide as a waste product.

Such fuels will include fossil fuels such as oil, gas and coal.

According to a McKinsey study, half of all global power generation will come from renewable sources by 2035.

The next megatrend is electrification, driven by the strong growth in demand for electricity.

Electricity demand is estimated to double by 2050 due to demand for electric cars and an increase in the devices and appliances that consume power.

Finally, urbanisation is the third trend and is most prominent in Asia, where the region’s urban population is forecast to increase from 50% in 2018 to 66% by 2050.

SCI intends to quadruple its renewables installed capacity by 2025.

The 2020 installed capacity stands at 2.6 gigawatts with the goal is to grow this to 10 gigawatts five years later.

For urban developments, the group currently has 14 ongoing projects in Vietnam, China and Indonesia, for a total gross project size of close to 12,600 hectares.

SCI will tap on partnerships to increase its land bank and to triple land sales in its integrated urban solutions portfolio to 500 hectares by 2025.

The group plans to utilise a three-prong approach for business transformation.

Because of its green focus, SCI can now tap on new sources of debt such as green financing and sustainability-linked finance to increase its variety of funding sources.

For higher-risk projects or new markets, the group may utilise project financing that may also be structured as green finance.

SCI has a track record of divestments to raise cash, with a total of 17 disposals made since 2018 that raised a total of S$735 million.

This capital recycling helps to retire older, ageing assets and replace them with newer projects to slowly evolve SCI’s portfolio towards its 2025 target.

Leveraging on partners to spur growth

Through its journey, SCI will also leverage multiple partnerships to achieve its eventual goal.

The group plans to forge win-win partnerships to build up scale and open up new opportunities to grow its portfolio.

It will also rely on governments as a trusted partner to support its green initiatives.

An example of such partnerships includes the Vietnam Singapore Industrial Park (VSIP) in which SCI partnered with Becamex IDC Corporation since 1996.

And in Indonesia, SCI has a joint venture with a subsidiary of Kawasan Industri Jababeka (IDX: KIJA), an industrial estate developer, to slowly but steadily grow its Indonesian land bank.

SCI’s strategy will include pursuing growth with existing partners such as Shanghai Electric Power (SHA: 600021) and Guohua Energy, as well as leveraging on its Singapore brand to seek out new partnerships.