You'd be surprised at the power of compounding as demonstrated by an investment in this stock a decade ago. 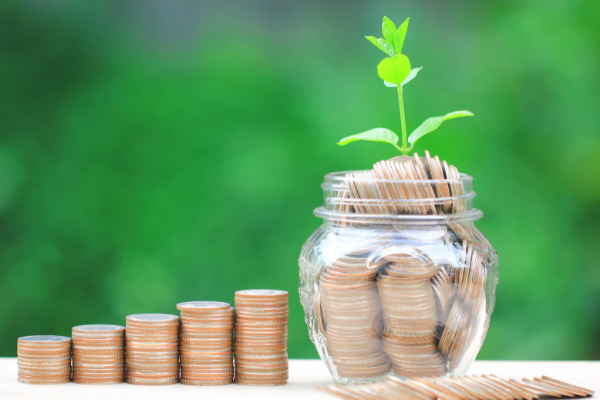 Long-term investing is a way to massively grow your wealth.

The best way to illustrate the power of staying the course is to demonstrate this with an example.

Of course, investors need to ensure they pick a sturdy company that has a strong franchise and can withstand economic downturns.

The idea is to study how much you would end up with after investing in this stock for an entire decade.

And what better candidate for this exercise than Singapore’s largest blue-chip bank DBS Group (SGX: D05)?

We compare an investment in DBS versus leaving your money in the bank account over 10 years.

The power of compounding

Fast forward to today, and DBS is now trading at around S$29.50, doubling from the level it traded at a decade ago.

And let’s not forget the dividends that the bank has declared along the way.

If we include the full-year dividend starting from 2011 up till the recent interim dividend for the first quarter of 2021, DBS would have paid out a total of S$8.39 per share.

By the end of a decade, you would end up with a total of S$25,688 that translates to a 157% gain on your original investment.

Not too shabby at all, you’re probably thinking.

The question on your mind is probably: what has been responsible for driving the growth of the bank over this period?

To answer this, we take a look at the bank’s revenue and profits back in 2011.

10 years later, DBS has grown its total income to S$3.9 billion, despite tackling challenging conditions related to the pandemic.

The bank also reported a net profit of S$2 billion, a record for the lender.

In 2020, the group paid out S$0.87 in dividends, a level that was still higher than that paid out a decade ago.

Note: the Monetary Authority of Singapore called on banks to moderate their dividend payments.

From this simple comparison, it’s clear why DBS’ share price has performed so well.

A famous quote from one of the world’s best investors, Warren Buffett, says it all.

“If the business does well, the stock (price) eventually follows”.

The bank is not resting on its laurels, though.

The group had recently concluded two acquisitions to grow its presence in Asia — the purchase of Lakshmi Vilas Bank in India and a 13% stake in Shenzhen Rural Commercial Bank, for S$463 million and S$1.1 billion, respectively.

It is also partnering with both JP Morgan Chase (NYSE: JPM) and Temasek to establish a platform for speeding up cross-border payments and foreign exchange settlements.

DBS has also set up a digital exchange that deals with cryptocurrency and is offering this to institutional and accredited investors only.

Momentum has been good with S$80 million in assets under custody with 120 customers. According to CEO Piyush Gupta, the exchange has a “pipeline of hundreds more (customers)”.

There is also the Chinese securities joint venture that the bank owns a 51% stake in.

The lender is waiting for the business licence to be issued and it can then commence business to capture fund flows in China.

Get Smart: Stick with long-term investing

The numbers prove that investing in a strong, resilient company can yield attractive returns over the long term.

You should be more than convinced by now that long-term investing in the right stocks is an effective way to grow your wealth.

And that’s what we at the Smart Investor do, too.

Our search for great businesses to own over years or even decades continues.

You, too, can enjoy such stellar returns if you adopt the same investment philosophy.