Common REIT Terms You Should Know Before You Buy 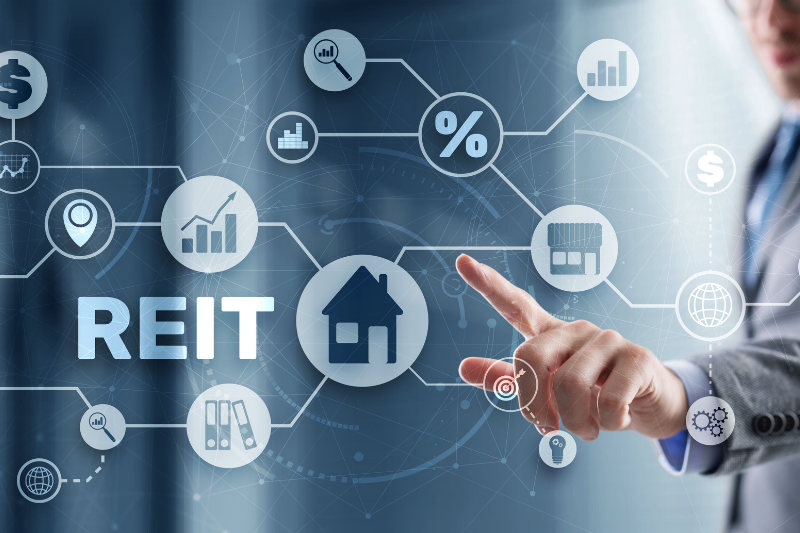 Asset enhancement initiatives (AEI) refer to projects taken by the REIT manager to enhance the attractiveness of its properties, in the hopes that the assets can generate greater revenue after the enhancement.

Examples of AEIs include renovation or refurbishment.

When an acquisition increases the distribution per unit (DPU) of a REIT, it is known as an accretive acquisition.

Acquisitions are typically accretive when the net property income (NPI) yield of the asset is greater than the financing cost involved in funding the acquisition.

An example of an accretive acquisition by Keppel REIT (SGX: K71U) can be found HERE.

Assets under management, or AUM, refers to the total market value of the properties managed by the REIT.

Build-to-Suit developments are commercial properties built specially to accommodate the requirements of a particular tenant. Once completed, the tenant and the REIT usually enter into a long-term leasing arrangement.

The capitalisation rate of a property measures its rate of return. It is calculated by dividing the net operating income of the property by its market value. The figure can be used to quickly compare assets with different values and rental income streams.

Capital markets, such as stock and debt markets, are platforms that REITs can tap on to raise funds for acquisitions, the refinancing of loans and working capital. REITs can raise funds through the issuance of new units in the REIT, or by taking on debt.

A REIT’s gearing ratio is its outstanding debt as a percentage of its total portfolio value.

Singapore REITs have a gearing ratio limit of 45% set by the Monetary Authority of Singapore (MAS). This limit was raised to 50% in light of the COVID-19 pandemic.

A gross turnover clause means that tenants must pay an agreed percentage of their gross revenue to the REIT, often in addition to a fixed rent.

This allows the REIT manager to be aligned with its tenant. Such tenants normally pay a lower fixed rent compared to tenants who do not have a GTO component embedded within their leases.

Distributable income is the total amount of money to be distributed to unitholders. In Singapore, REITs have to distribute at least 90% of their taxable income for each fiscal year to avoid attracting income tax.

Distribution per unit, or DPU, is the amount of money a unitholder is entitled to receive per unit of the REIT owned.

REITs may artificially top-up the income of a particular asset if the asset is undergoing redevelopment, is yet to be completed, or has a sub-optimal occupancy rate.

The support would provide a temporary boost to the REIT’s distributable income until such time the asset can achieve its desired level of rental income.

The interest cover is calculated by dividing the REIT’s net property income by its interest expense. This ratio measures the ability of the REIT to meet its debt obligations. A lower number implies that the REIT has a higher default risk.

Medium-term notes (MTN) are debt instruments that usually reach maturity between three to ten years. They are often used by REITs to raise funds to lengthen their debt expiry profile, pay off existing short-term debt, or finance projects.

A master lease is an agreement where the REIT rents out a property or space to a master tenant, who will then be able to manage and modify the space. The master tenant can also sublease the property to other tenants.

A multi-tenanted building refers to a situation where there are multiple tenants occupying the same building. Also known as MTBs, lease terms in these properties tend to be shorter, allowing the REIT to take advantage of rental increases during good economic conditions.

However, it might also leave the REIT exposed to greater fluctuations in occupancy rate, while having multiple, disparate leases can be more onerous to manage.

The net asset value, or NAV, of a REIT refers to the total market value of the REIT’s assets less its liabilities.

The net lettable area (NLA) of a REIT by area refers to the total floor space the REIT owns that is designated for renting out to generate income.

Net lettable area can also be measured by gross rental income (GRI), which takes into account the rental yield of the floor space.

Commonly known as NPI, the net property income of a REIT is the gross revenue from its portfolio of properties, less all operating expenses, taxes and maintenance costs.

The current occupancy rate of a REIT refers to the percentage of its net lettable area that is currently rented out to tenants.

The committed occupancy rate also includes properties where leases have already been signed with tenants but whose leases have yet to commence.

The price to book ratio, or P/B ratio, is found by dividing the share price of the REIT by its latest (net asset value) NAV. In other words, it measures how much investors would pay for every $1 of net assets of the REIT.

A P/B ratio below 1 might suggest that the REIT is undervalued, although other factors also need to be considered before arriving at that conclusion.

REITs with strong sponsors that are in an industry with strong leasing demand should witness consistent positive rental reversion, reflecting the attractiveness of their properties due to their location and physical attributes.

A REIT may insert a rental escalation clause into lease agreements with tenants.

Such clauses prescribe an increase in the rental rate by either a fixed percentage at agreed time intervals or may be indexed to a specific benchmark such as the inflation rate.

Certain escalation clauses contain conditions that have to be met before the rate rises are allowed to kick in.

Revenue available per available room, or RevPAR, is a metric used to evaluate hotel or hospitality REITs.

RevPAR is found by dividing total guest revenue by the number of available rooms and is used to measure the income generated per room as an indication of demand for the hotel’s rooms.

From time to time, REITs may make use of a preferential offering (i.e. rights issue) to raise funds.

In such an offering, the REIT offers existing unitholders the chance to purchase additional units of the REIT at an agreed ratio of X number of new units for every Y units being held.

Such new units are usually priced at a discount to the prevailing market price to make it attractive for unitholders.

In the case of renounceable rights, should a unitholder not wish to exercise this right to purchase, he or she may choose to sell these rights when they start trading on the stock exchange.

A REIT may possess the “right of first refusal”, or ROFR, on certain properties that it does not own.

When the owner of the property wants to sell it, the REIT must be given the chance to buy the property first.

If the REIT waives this opportunity, then the owner is allowed to market the property to other interested buyers in the market. Such an arrangement is usually found between a REIT and its sponsor.

Most REITs in Singapore have a sponsor, a separate entity that owns a majority stake in the REIT.

An example would be CapitaLand Integrated Commercial Trust (SGX: C38U), whose sponsor is CapitaLand Group.

REITs with a strong sponsor are usually able to secure a lower cost of debt. Sponsors with deep pockets and ample financial muscle can also help the REITs tide through economic downturns.

The tenant retention rate measures how well the REIT is able to retain tenants whose leases are expiring to persuade them to renew their lease agreements.

A low tenant retention rate might be a red flag for the REIT as it implies that tenants are no longer keen on renting space within the REIT’s properties.

Weighted average lease expiry or WALE measures the average time it takes for the REIT’s leases to expire.

A longer WALE would imply more income stability for the REIT, while a shorter WALE could mean the REIT is exposed to negative rental reversions and sharper fluctuations in occupancy rates in the near future.