ComfortDelGro Reinvents Itself: Here’s What Investors Should Know

The land transport giant is in the midst of a transformation. Here's what investors can expect. 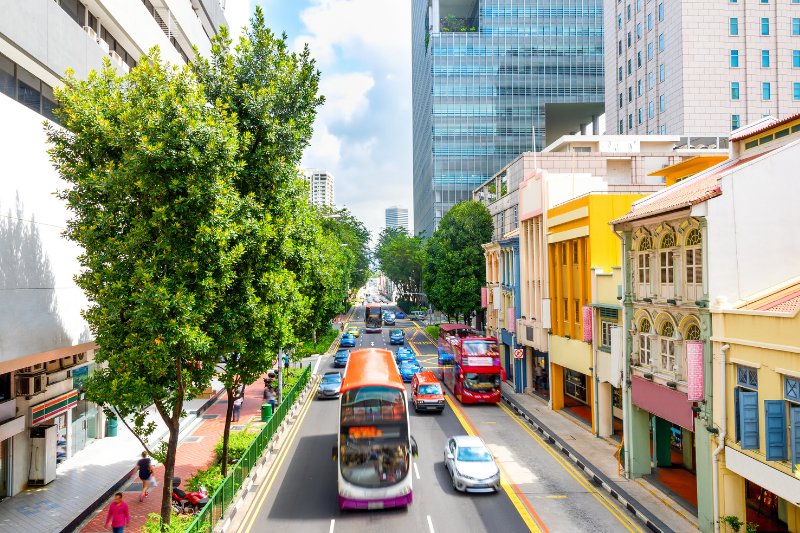 Being a land transport conglomerate during a pandemic is no easy task.

While the country is back in Phase 3 again, work-from-home remains the default, reducing demand for public transportation and taxi service..

CDG is coping with the situation the best it can.

Without these reliefs, operating profit would have dipped by 14.3% year on year to S$47.9 million.

The group has, however, announced a strategic review last month to transform its business.

What does this reinvention entail?

And should investors get excited over this news?

Singtel intends to realign its US businesses and will incur non-cash impairments to do so.

SPH will spin off its media division in a major restructuring and focus on being an asset manager.

It’s important to understand why CDG’s management is spearheading change.

Not only has its Singapore operations been badly impacted in terms of taxis, bus and rail.

Australia and the UK, where the group operates, are also going through intermittent lockdowns and sporadic movement restrictions depending on the severity of localised outbreaks.

CDG had initially looked forward to a semblance of recovery with the dissemination of the COVID-19 vaccines.

However, with new, highly contagious variants popping up in the last few months, the group is now facing a future with less certainty.

The first is for the group to scrutinise its global portfolio for areas where value can be unlocked.

For starters, the group is exploring options to unlock the value of its Australian assets.

This move could come in the form of a partial asset sale of an initial public offering (IPO).

CDG’s Australian business is its best-performing overseas division since the group first began operations 16 years ago through the acquisition of a Sydney bus operator.

And just last week, the divestment of assets in London for around S$5.6 million was announced.

More such announcements may be on the cards as CDG continues with its global portfolio review.

The second major aspect of the review is to refocus the group on new technologies such as electrification.

With the “environmental” section in ESG being in sharp focus this year, CDG plans to focus more on clean energy and electric vehicles.

In March, the group announced its commitment to pump S$50 million in clean energy research and technology over the next five years.

It will work with the National University of Singapore to focus on energy sustainability and smart mobility technologies, among others.

In addition, CDG will also spend S$40 million to replace its fleet of diesel buses with electric buses.

Formation of a private mobility group

Another interesting development was the recent announcement of the formation of a “Private Mobility Group”, or PMG.

In tandem with this move, a mega app will be released in early 2022 that allows customers to select from a wide range of services using just one platform.

Jackson Chia, currently the group’s chief risk and sustainability officer, will be the new chief executive for the PMG.

The introduction of such an app also parallels what Tencent Holdings (SEHK: 0700) in China is offering with its buffet of functions residing on a single platform.

Get Smart: Take comfort in the transformation

The announcements have been coming in hard and fast for CDG.

It seems change is afoot as the transport giant seeks not just to reinvent itself, but also to rebrand and modernise its image.

Investors should take comfort in these changes as it shows that management is open to evolving with the times and are not afraid to embrace change.

However, these initiatives will require a gestation period before tangible results can be seen.