SPH is Transforming into an Asset Manager: 5 Things You Should Know

SPH has just announced the restructuring of its media business and is now transitioning into an asset manager. Here are five things that investors should know. 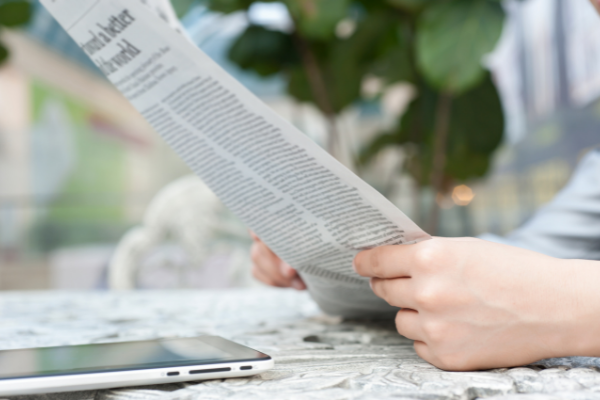 The signs were already present for years.

But it was probably the pandemic that finally pushed Singapore Press Holdings (SGX: T39), or SPH, to announce a major restructuring of its media business.

Around a month ago, SPH had disclosed that it was undertaking a strategic review of its media business with a view to “unlock and maximise long-term shareholder value”.

The company’s media business had been suffering from a steady decline in advertising revenue over many years, with the division reporting a pre-tax loss of S$9.7 million for fiscal 2021’s first half (1H2021) excluding the effects of the government’s Jobs Support Scheme.

By shedding its trademark media division, SPH is transforming itself into a property and asset management firm.

Here are five things you should know about SPH’s latest announcement.

A parallel can be drawn between SPH and Metro Holdings (SGX: M01).

Metro started as a retail giant with multiple stores in Singapore but has gradually transformed itself into a property development and investment business.

SPH owns a treasury portfolio worth S$592 million as of 28 February 2021 and has also set up a venture capital fund worth S$100 million that invests in early-growth technology companies.

This shift to becoming an asset owner and manager is therefore not unusual.

The key, however, is whether SPH can continue to rely on its properties and assets for steady, consistent income.

SPH is the only local media company in Singapore that publishes and circulates news.

Thus, winding up the business or divesting it is not a feasible option.

Instead, the media business will be transferred to a not-for-profit entity that will be limited by guarantee.

The new structure ensures that the media business can seek funding from a range of both public and private sources to promote quality journalism.

By providing a public good, the government can then pump in resources to support the media division without having to worry about profit maximisation under a listed company structure.

A final show of support

To assist with the continued operations of the restructured media entity, SPH will inject a total consideration of S$351.3 million, which also includes the market value of key leases held by the group.

This sum includes a cash consideration of S$80 million along with around 23.4 million units of SPH REIT (SGX: SK6U) valued at S$20 million and close to seven million shares of SPH itself, valued at around S$10 million.

With SPH Media being deconsolidated from SPH’s financials, the group will no longer need to account for this division.

Therefore, losses from the division will also no longer be a drag on the group’s financial performance.

The financial effects of the restructuring will be drastic.

These numbers showcase the attractiveness of SPH’s business model once the restructuring is completed.

Although SPH will absorb one-off restructuring adjustments that will push 1H2021 into the red, this transformation will result in a leaner and more profitable company.

Finally, the pivot to property and asset management should enable SPH to become more resilient in the face of crises.

As an example, the retail and commercial segment for SPH maintained its profit before tax for 1H2021 despite lower contributions from SPH REIT.

The consistent contributions from income-generating assets add a layer of stability and certainty to SPH’s future income flow.

Also, let’s not forget that SPH also has a growing PBSA portfolio as well as an aged care property portfolio.

These two sectors are considered recession-resistant as they are part of the education and healthcare industries.

Get Smart: Transforming itself for the future

In a nutshell, this transformation should be a big positive for SPH.

It will rid itself of the loss-making media business that has been a constant drag on the group’s profits.

In addition, SPH will also not need to invest further resources, manpower and effort into the division, thus freeing these up for other business development opportunities.

This evolution enables SPH to become a leaner organisation and will better position it for growth for the future.