Analysts Are Predicting STI Will Rise 10% for 2022: Should You Buy Now?

There is a cacophony of noises out there as analysts scramble to predict the direction for the STI. Should you take action to buy now? 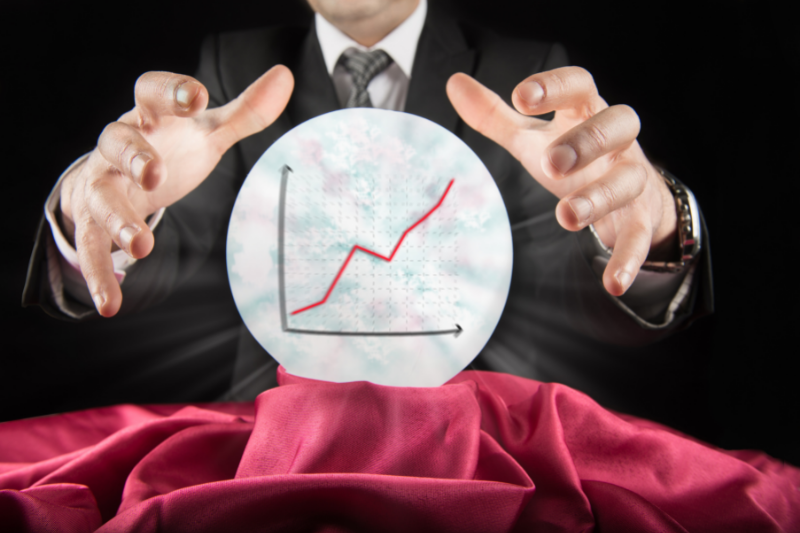 As we approach the end of the year, analysts have begun their annual ritual.

Yes, I am talking about the numerous predictions for where the Straits Times Index (SGX: ^STI), Singapore’s bellwether blue-chip index, will end next year.

In case you didn’t know, analysts have the unenviable job of projecting where the STI will end up by the end of every year.

Armed with a treasure trove of data, knowledge and current trends, they peer into their mystical crystal ball to try to divine the future.

As an investor, should you take advantage of such forecasts?

A summary of the predictions

They believe that the index will fluctuate between positive sentiment over the economy’s recovery balanced by the dampening effect of interest rate rises.

UOB Kay Hian (SGX: U10) is similarly optimistic as it expects an average of 29% year on year earnings growth for all sectors except aviation.

CIMB Securities was the most bullish of the three as the analysts there expect the STI to end 2022 at 3,750, supported by earnings per share growth of 12% on average.

Given the wildly varying forecasts from different research houses, which should investors pay attention to?

We may want to take a hint from Warren Buffett.

As he once said “Predicting rain doesn’t count. Building arks does.”

The bottom line is that you should prepare yourself for a variety of scenarios rather than spend time selecting which broker to believe.

Even if the analysts do get it right, it would be by pure chance and not because they had forewarning of how the index will turn out.

It’s also been standard practice to project a positive single to low double-digit percentage rise in the index as share prices tend to head up over the long term.

It’s also interesting to note that analysts are usually bullish when it comes to the index’s performance.

In other words, hardly any analyst will stick his or her neck out to predict that the STI may decline for the year.

To prepare for such a possibility, you should ensure you have sufficient cash set aside to take advantage of attractive opportunities.

If there is a sudden market crash and a bear market ensues, your cash can be put to good use by buying up strong, well-run companies.

Hold on to great companies

Regardless of where the index heads, remember that your goal is to own great companies that can weather different types of economic environments.

By holding on to great companies, you won’t have to worry about where the index heads.

Remember that the index represents the fortunes of the 30 largest companies in Singapore.

Even if it does not perform well, you can still chalk up a good performance if you hold on to mid-sized businesses that do well.

Companies such as iFAST Corporation Limited (SGX: AIY), The Hour Glass Ltd (SGX: AGS) and PropNex Limited (SGX: OYY) are not part of the bellwether index.

Well-managed REITs have also proven their mettle this year by paying out higher year on year dividends.

But all three REITs reported higher year on year distribution per unit.

The above examples show that you need not own any of the index’s components to do well.

What you do need to do, however, is to ensure you own a business that is resilient and can continue to grow over the long term.

Get Smart: Buy at your own pace

While a target figure sounds enticing, you’re better off ignoring the STI forecasts every year-end as they serve as a distraction.

The important thing to do is to buy stocks at your own pace and it should not be contingent on what you believe the index will do.

As long as you own great companies that churn out dividends and have good prospects, you are already one step closer to your dream retirement.

In our latest Special FREE Report, we cover the best performing stocks, blue chips, and REITs in the Singapore market in 2021. Look forward to 2022 as we cover the industries and sectors that are poised to do well in the year ahead. Click HERE to download for free now.