What’s the relationship between war and stocks? With the Russian invasion of Ukraine, what should stock market investors do? 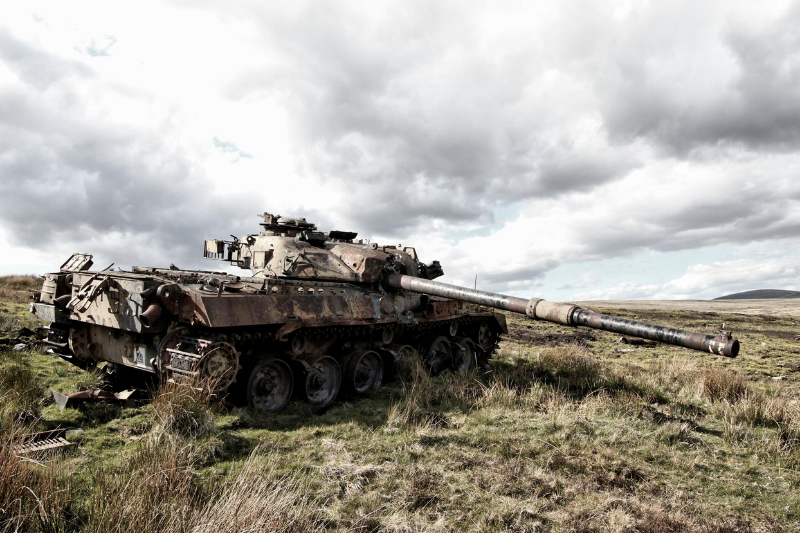 It’s a scary time to be an investor in stocks now. Russia has launched a full-scale assault of Ukraine last week. With the historically frosty relationship between the USA and Russia, this use of military force by Russia against Ukraine could result in the USA stepping in.

War between countries is a painful tragedy, not just for the citizens involved, but for humanity as a whole. Without downplaying the horrors of war, how should stock market investors approach the current tense situation between the USA and Russia?

Thankfully, there’s one classic investing book, Common Stocks and Uncommon Profits, first published in the late 1950s in the USA, that provides a useful framework for thinking about this. The book is written by Phillip Fisher, who’s an excellent investor in his own right, but is perhaps most famous for being an influential figure in Warren Buffett’s own evolution as an investor. Buffett has said that his investing style is 85% Graham and 15% Fisher.

With the current backdrop of Russia’s invasion of Ukraine – and the USA’s possible involvement – I thought it would be useful to share Fisher’s passages in Common Stocks and Uncommon Profits that discuss why investors should not fear buying stocks during a war scare. They are found between the two horizontal grey lines below (highlights are mine):

Common stocks are usually of greatest interest to people with imagination. Our imagination is staggered by the utter horror of modern war. The result is that every time the international stresses of our world produce either a war scare or an actual war, common stocks reflect it. This is a psychological phenomenon which makes little sense financially.

Any decent human being becomes appalled at the slaughter and suffering caused by the mass killings of war. In today’s atomic age, there is added a deep personal fear for the safety of those closest to us and for ourselves. This worry, fear, and distaste for what lies ahead can often distort any appraisal of purely economic factors. The fears of mass destruction of property, almost confiscatory higher taxes, and government interference with business dominate what thinking we try to do on financial matters. People operating in such a mental climate are inclined to overlook some even more fundamental economic influences.

The results are always the same. Through the entire twentieth century, with a single exception, every time major war has broken out anywhere in the world or whenever American forces have become involved in any fighting whatever, the American stock market has always plunged sharply downward. This one exception was the outbreak of World War II in September 1939. At that time, after an abortive rally on thoughts of fat war contracts to a neutral nation, the market soon was following the typical downward course, a course which some months later resembled panic as news of German victories began piling up. Nevertheless, at the conclusion of all actual fighting – regardless of whether it was World War I, World War II, or Korea – most stocks were selling at levels vastly higher than prevailed before there was any thought of war at all. Furthermore, at least ten times in the last twenty-two years, news has come of other international crises which gave threat of major war. In every instance, stocks dipped sharply on the fear of war and rebounded sharply as the war scare subsided.

What do investors overlook that causes them to dump stocks both on the fear of war and on the arrival of war itself, even though by the end of the war stocks have always gone much higher than lower? They forget that stock prices are quotations expressed in money. Modern war always causes governments to spend far more than they can possibly collect from their taxpayers while the war is being waged. This causes a vast increase in the amount of money, so that each individual unit of money, such as a dollar, becomes worth less than it was before. It takes lots more dollars to buy the same number of shares in stock. This, of course, is the classic form of inflation.

In other words, war is always bearish on money. To sell stock at the threatened or actual outbreak of hostilities so as to get into cash is extreme financial lunacy. Actually just the opposite should be done. If an investor has about decided to buy a particular common stock and the arrival of a full-blown war scare starts knocking down the price, he should ignore the scare psychology of the moment and definitely begin buying. This is the time when having surplus cash for investment becomes least, not most, desirable. However, here a problem presents itself. How fast should he buy? How far down will the stock go? As long as the downward influence is a war scare and not war, there is no way of knowing. If actual hostilities break out, the price would undoubtedly go still lower, perhaps a lot lower. Therefore, the thing to do is to buy but buy slowly and at a scale-down on just a threat of war. If war occurs, then increase the tempo of buying significantly. Just be sure to buy into companies either with products or services the demand for which will continue in wartime, or which can convert their facilities to wartime operations. The great majority of companies can so qualify under today’s conditions of total war and manufacturing flexibility.

Do stocks actually become more valuable in war time, or is it just money which declines in value? That depends on circumstances. By the grace of God, our country has never been defeated in any war in which it has engaged. In war, particularly modern war, the money of the defeated side is likely to become completely or almost worthless, any common stocks would lose most of their value. Certainly, if the United States were to be defeated by Communist Russia, both our money and our stocks would become valueless. It would then make little difference what investors might have done.

On the other hand, if a war is won or stalemated, what happens to the real value of stocks will vary with the individual war and the individual stock. In World War I, when the enormous prewar savings of England and France were pouring into this country, most stocks probably increased their real worth even more than might have been the case if the same years had been a period of peace. This, however, was a one-time condition that will not be repeated. Expressed in constant dollars – that is, in real value – American stocks in both World War II and the Korean period undoubtedly did fare less well than if the same period had been one of peace. Aside from the crushing taxes, there was too great a diversion of effort from the more profitable peace-time lines to abnormally narrow-margin defense work. If the magnificent research effort spent on these narrow-margin defense projects could have been channelled to normal peace-time lines, stockholders’ profits would have been far greater – assuming, of course, that there would still have been a free america in which any profits could have been enjoyed at all. The reason for buying stocks on war or fear of war is not that war, in itself, is ever again likely to be profitable to American stockholders. It is just that money becomes even less desirable, so that stock prices, which are expressed in units of money, always go up.

Note: This article has been lightly edited to reflect the latest updates on the Russian-Ukraine war.