We review the latest acquisition by one of CapitaLand’s REITs and turn our attention to the recovery in Singapore’s tourism numbers. 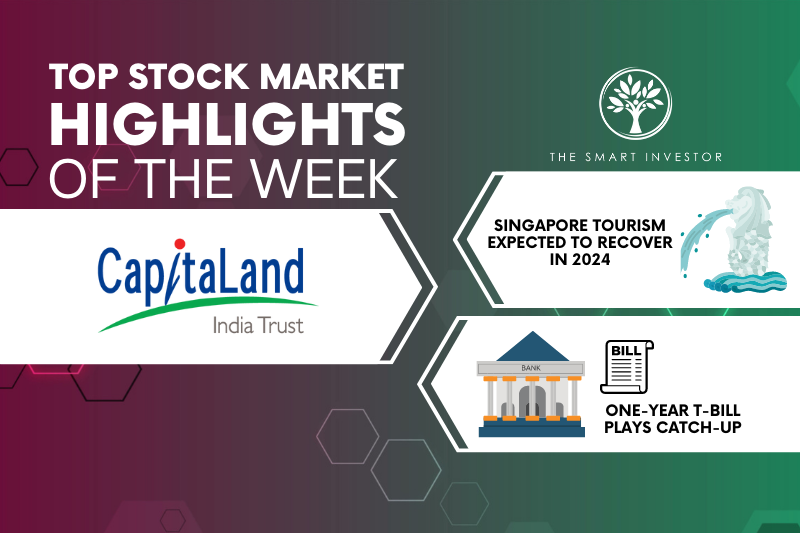 CapitaLand India Trust, or CLINT, announced that it has signed a forward purchase agreement to acquire a one million square foot IT park located in Bangalore, India.

The construction will be funded by a mix of debt and internal resources.

The REIT manager plans to draw down debt only from the first half of 2024.

There are several compelling reasons for executing this agreement.

First off, the property’s location in the Outer Ring Road in Bangalore is one of the preferred locations for multinational tenants such as Alphabet’s (NASDAQ: GOOGL) Google, Amazon (NASDAQ: AMZN), Goldman Sachs (NYSE: GS), and JP Morgan (NYSE: JPM).

This transaction will also complement CLINT’s existing portfolio of properties in Bangalore, increasing its area under operation from 6.9 million to 7.9 million square feet.

Finally, the manager is confident that the purchase will improve the earnings for the REIT and, by extension, the distributions to unitholders.

Minister of State for Culture, Community and Youth Alvin has revealed that Singapore’s tourism sector is on track for an earlier-than-expected recovery by 2024.

The sector’s recovery is gaining steam as China recently announced its reopening along with many other countries’ borders.

Singapore has set aside S$500 million for the tourism industry and is preparing another S$110 million over the next few years to secure events such as the upcoming SailGP, an international sailing competition being held for the first time in the city-state.

Other events such as Art SG and Olympic Esports Week in June will also help the rebound, with the latter event being its inaugural one held in Singapore.

Meanwhile, tourism receipts also reached an estimated S$13.8 billion to S$14.3 billion, close to half the level in the pre-pandemic year of 2019.

The Singapore Tourism Board (STB) announced these preliminary figures during its year-end review that saw 6.3 million international arrivals in 2022.

This number was above STB’s forecast of between four to six million.

For 2023, around 12 to 14 million visitors are expected to arrive in Singapore, bringing around S$18 billion to S$21 billion in tourism receipts.

Last year also saw the return of international events such as Food and Hotel Asia’s trade shows and the Singapore Fintech Festival, among others.

Leisure events also made a strong comeback with the Formula One event drawing a record 302,000 attendees.

STB is gearing up to support more experiences and attractions such as Bird Paradise @ Mandai Wildlife Reserve.

Yields on the six-month Singapore Treasure Bills (T-Bills) have eased from a 30-year high of 4.4% last month.

The decline comes on the back of lower expectations of sharp increases in interest rates.

Last Wednesday’s auction saw the yield settling at 4%, lower than the 4.2% in early January and 4.28% in late December.

A total of S$13 billion in applications was received for every S$5 billion of T-Bills, implying a subscription rate of 2.61.

However, research analysts at Bondsupermart and DBS Group (SGX: D05) do not expect yields to fall further.

The US Federal Reserve is expected to continue raising benchmark rates this year and keep them at a higher level before possibly cutting them in 2024.

There is the possibility that Treasury yields may head higher as interest rates rise.

With the six-month T-Bill offering a higher yield than the one-month, investors who want to lock in their returns over a longer period can consider the former.