Two of our local banks are planning to expand their business franchise, while an offshore and marine blue-chip company sounds a profit alert. 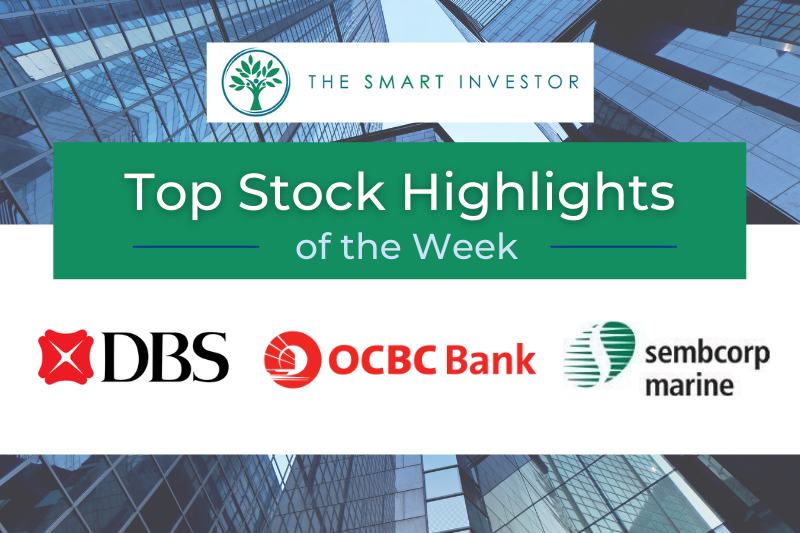 Welcome to another edition of top stock highlights, where we feature corporate snippets in an easy-to-digest format.

This week, we take a look at developments from two of our local banks and also provide the latest update from an offshore and marine blue-chip company.

There’s good news for OCBC as Chinese and Hong Kong regulators recently rolled out a cross-boundary scheme to allow for the purchase of wealth management products in the Greater Bay Area (GBA).

Under this scheme, residents in nine mainland cities in China, including Guangzhou and Shenzhen, can purchase wealth management products offered by providers in both Hong Kong and Macau.

The scheme has opened up opportunities for the lender to tap on its Hong Kong subsidiary, OCBC Wing Hang, to provide wealth management services.

OCBC Wing Hang has tied up with Ping An Bank (SHE: 000001) to offer a range of financial services to both their clients.

Ping An has a network of more than 300 branches in the GBA along with more than 107 million retail customers, providing OCBC with a large base with which to tap for cross-selling of its investment products.

Eligible Ping An customers can open accounts with OCBC Wing Hang to purchase wealth management products, and vice versa for OCBC Wing Hang customers, in a symbiotic, reciprocal arrangement that should benefit both parties.

This move will broaden OCBC’s reach and introduce a whole new base of potential customers onto its network.

DBS is also not standing still andis planning to grow its business by bidding for Citigroup’s (NYSE: C) consumer banking assets in Asia.

This news comes along almost six months after the US lender decided to exit its consumer banking operations in 13 countries.

According to a Bloomberg report, DBS plans to submit bids for both Indonesia and Taiwan.

CEO Piyush Gupta had mentioned back in August that the bank’s capital levels were high enough without having to raise funds to purchase more assets.

The bank had already splashed out S$1.1 billion on a 13% stake in Shenzhen Rural Commercial Bank in April and had injected a total of S$463 million into the struggling Lakshmi Vilas Bank in India late last year.

It’s estimated that Citigroup’s Taiwan unit could fetch as much as US$2 billion, while its Indonesian unit could invite bids as high as US$1 billion.

Should DBS be successful in snagging these two countries’ banking franchises, it will extend its reach into Asia and allow it to add more customers to its growing database.

Sembcorp Marine has released a sobering profit guidance for the second half of 2021 (2H2021).

The group expects to continue incurring losses for 2H2021 despite the progress it has made in managing project completion delays.

For the third quarter of 2021 (3Q2021), Sembcorp Marine has faced additional challenges.

These include delays in the delivery of equipment due to border controls, slow recruitment of skilled labour, resignations of current skilled workers, and work disruptions arising from COVID-19 measures.

The above has resulted in further project delays and escalated costs over the next three to nine months.

The profit warning highlights the tough situation the group is facing even as it attempts to pivot its business towards the clean energy sector.

The offshore and marine giant recently concluded its second rights issue in a year, but with continued losses, its balance sheet may face continued strain.

It’s conceivable that if the losses do not let up, Sembcorp Marine may have to resort to a third rights issue next year.