We take a quick look at the latest business updates from three blue-chip companies. 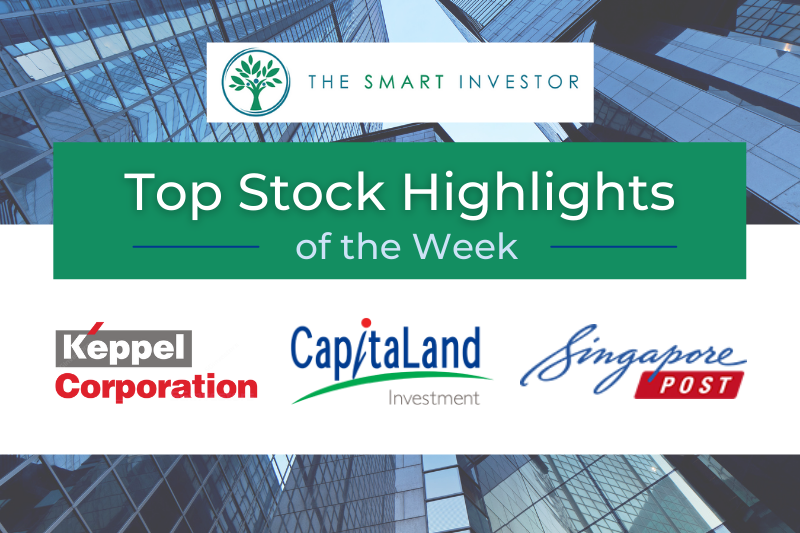 This week’s edition of stock highlights focuses on the latest business updates from three blue-chip businesses.

Offshore and marine (O&M) conglomerate Keppel Corporation reported a turnaround in fortunes for the first nine months of 2021 (9M2021).

The group chalked up a net profit for the period, reversing last year’s net loss.

Keppel saw broad-based revenue growth across all its divisions, with group revenue up 14% year on year from S$4.8 billion to S$5.5 billion.

Five major projects were delivered on time and without incident, resulting in clients awarding the division with project incentives.

The division also holds a sizable land bank, of which 63% is in key cities of China and Vietnam that have seen home price appreciation.

On the data centre front, the group has completed its investment in two data centres in China and one in the Netherlands.

It also announced the acquisition of a third data centre in China in 9M2021.

All in, it looks like Keppel is proceeding well on its Vision 2030 and looks on track to achieving its stated objectives.

CapitaLand Investment, or CLI, has released its very first business update since its listing more than a month ago.

Revenue per available unit jumped by 33% year on year while occupancy rate increased by around 10 percentage points to about 60%.

CLI’s capital recycling initiatives has lowered its net debt to equity ratio to 0.49 times, while the interest coverage ratio remained healthy at 7.8 times.

To date, CLI has chalked up a total divestment value of S$12.3 billion while diverting S$5.3 billion into new investments, of which S$1 billion was deployed into new economy assets.

Together, the setting up of these two funds has bumped up FUM by S$688 million.

Letters and printed papers continued their steady decline with volume falling 10% year on year to 202 million for 1H2022.

However, this decline was offset by a 29% year on year jump in domestic eCommerce volume to 23.1 million.

This sub-division accounted for 40% of the Post and Parcel division’s revenue, up from 32% last year.

International Post and Parcel also saw a 27% year on year fall in volume from a high base last year where in early 2020,  there was a surge in shipments from China before the closing of its borders.

Coupled with the absence of government grants this year, the Post and Parcel division saw its operating profit plunge by 52.6% year on year to S$11.3 million.

The Logistics division, however, was the bright spark for Singapore Post.

The growth in eCommerce deliveries also contributed to the division’s robust performance.

Overall, at the group level, operating profit increased by 28.4% year on year while underlying net profit (excluding one-off and exceptional items) rose by 18.8% year on year to S$37.4 million.

An interim dividend of S$0.005 was declared, unchanged from the amount declared in the previous year.

Group CEO Vincent Phang intends to press on with Singapore Post’s transformation to position the group as a global eCommerce player.

To that end, the group will increase its shareholding in Freight Management Holdings Pty Ltd, a leading fourth-party logistics provider in Australia, from 28% to 51%.

He is also on the lookout for opportunities to divest non-core assets and redeploy the capital to areas with better growth prospects.