The Great IPO Drought: Does This Spell Doom for Singapore Exchange Limited? 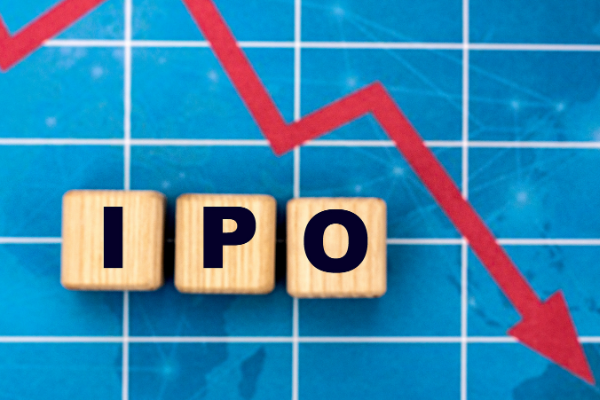 Singapore Exchange Limited (SGX: S68), or SGX, has witnessed a dearth of IPOs over the last two years.

SGX has struggled to attract listing aspirants and has witnessed net delistings in the last seven out of nine years.

The pandemic isn’t helping, either.

In the first half of 2020, a Deloitte and Touche report stated that IPO activity witnessed a 53.2% decline in funds raised.

Singapore only saw six listings during this period, and five of those took place in the first quarter before COVID-19 caused valuations to plunge.

The latest IPO on the local bourse is Singapore Paincare Holdings (SGX: FRQ), which debuted on the Catalist board at S$0.22 without much fanfare.

With this persistent drought in quality listings, is this the end of the road for SGX?

This is like a slap in the face for SGX as it seems to imply that Singapore is not attractive enough as a listing venue.

Some examples include Sea Ltd (NYSE: SE) and Razer Inc (HKSE: 1337) that are listed on the New York Stock Exchange and Hong Kong Stock Exchange, respectively.

Local property listings company PropertyGuru chose to list in Australia rather than Singapore but that plan was eventually scuttled due to “market uncertainties”.

Granted, these three companies are classified as “technology” companies that believe they can garner higher valuations in overseas listing venues as opposed to Singapore.

Singapore has also built up a sterling reputation as a REITs listing hub, which may have inadvertently dented its attractiveness as a listing venue for progressive (but loss-making) technology companies.

To be fair, SGX has, in the last three years, worked diligently to remove onerous requirements so that more companies will be attracted to list here.

One is the scrapping of the highly-unpopular minimum trading price rule (MTP), which states that companies with share prices persistently below S$0.20 will be forcefully delisted.

Many companies started to carry out share consolidations to skirt this MTP rule, resulting in significant value destruction as their share prices continued to tank.

Mandatory quarterly reporting has also been abolished early this year in favour of a risk-based approach, thus relieving companies of the burden and costs associated with more frequent financial statement preparation.

Still, it’s arguable whether these moves do make SGX more attractive, as the underlying perception is that the bourse is slow-moving, staid and lacks liquidity.

Expanding its suite of products

CEO Loh Boon Chye has taken a different tack, though.

Rather than just trying to court more companies to list here, he is in the process of evolving SGX into a multi-asset exchange.

What this means is that the group need not rely purely on listings and equities trading liquidity to grow its business.

In recent months, SGX has worked on expanding its suite of multi-asset products.

For starters, SGX and FTSE Russell, a global index and data analytics provider, have signed an agreement to deliver new Asian multi-asset solutions to clients.

Last month, the group announced the listing of the world’s largest Chinese pure government bond ETF with assets under management of US$676 million.

The examples above show the breadth of products being explored by SGX to satisfy their clients’ investment requirements.

Aside from the above business development efforts, SGX has also forged partnerships with other exchanges and brokerage houses.

Not forgetting China, the group had signed a memorandum of understanding with GF Securities Corporation, a leading brokerage house in China, to promote greater connectivity between Singapore and Chinese capital markets.

The verdict is clear.

It’s an uphill task to expect SGX to be successful in courting companies to list in Singapore, aside from REITs.

Rather than focus narrowly on just IPOs and equities, Loh has been wise to develop SGX into a one-stop multi-asset exchange,

Though some of these initiatives may take time to bear fruit, investors can be sure that the rewards, when they come, will be sweet to savour.