Smart Thought Of The Week: Greenback 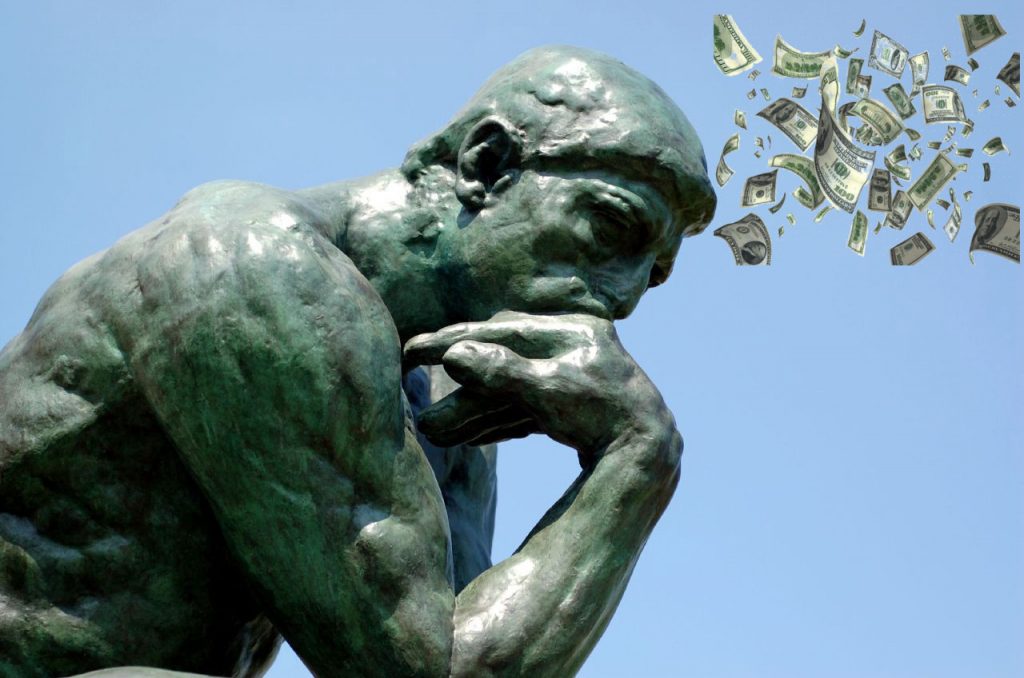 The US dollar, which is also known as the greenback, has been coming on and off the boil since the start of the year. Mostly, it has been off.

But it wasn’t that long ago when the market reckoned that the dollar’s climb, which has been almost unbroken for nearly a decade, seemed unstoppable. However, nothing ever goes on forever, especially when it comes to currencies.

And now it looks as though the dollar could be heading lower. What’s more the decline could persist for a while. The “green” in greenback is looking less like green shoots of recovery and more like the green we might find in advanced mould.

There are a few reasons why the greenback could slip against a basket of currencies. Firstly, America imports more than it exports. Hence, the massive trade deficit that the US reports every month is unlikely to change anytime soon.

American consumers have a massive appetite for those cheaper made-in-Asia goods. These items are paid for in US dollars, which swells the global marketplace with pools of greenback that in turn could depress the currency.

But that is not the only problem. The Federal Reserve has pledged to keep interest rates low for quite a while. We are unlikely to see any meaningful hike in the Fed funds rate until at least 2022.

Meanwhile, there are many places outside of America where investors can still earn a decent return on their cash. Consequently, the interest-rate differential could prompt an outflow, if not an exodus, of capital that could pull the dollar lower.

And finally, the promising development of effective vaccines could embolden traders to start embracing riskier assets, rather than the safe-haven of the US dollar.

The Chinese yuan could benefit because of the country’s rapid recovery from the pandemic. There is even talk that the People’s Bank of China could raise rates….

Paradoxically, a lower US dollar could be just what the doctor ordered to make corporate America great again. Around half the revenues of America’s 500 largest companies are generated abroad….

…. Point is, a lower greenback could boost the profits of those companies when they are converted back into US dollars. So, a weak dollar might not mean weaker bottom lines for many American companies. Instead, it could even drive their profits higher.

Disclosure: David Kuo does not own shares in any of the companies mentioned.

Smart Thought Of The Week: Aversion