Singapore’s Sea is World’s Best Performing Stock. And It Can Do Better. 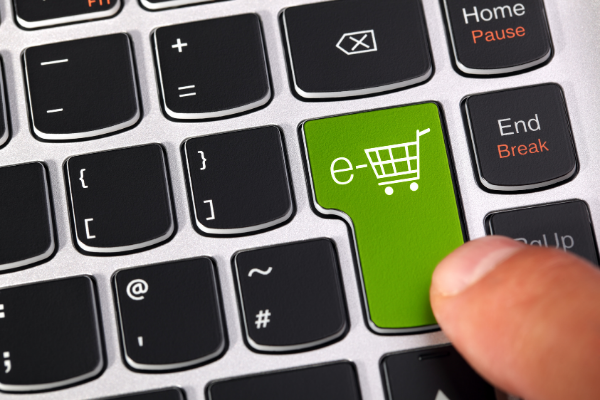 When we think of unicorn start-ups in the region, many people will immediately think of Grab, valued at around US$14 billion (S$19.05 billion) based on its latest round of financing.

But there is another successful start-up in Singapore that leaves Grab in its wake in some aspects.

Sea Limited (NYSE: SE) is probably Singapore’s largest company. Yet many Singaporeans may never even have heard of it unless they happen to be an avid gamer or online shopper.

But even then, the name might not be quite as familiar as Grab whose logo is emblazoned across its livery of private-hire cars, food-delivery riders and payment services through its mobile app.

The understated Sea Limited was founded by Forrest Xiaoping Li in Singapore in 2009 originally as Garena, which is an online games portal.

Instead of listing on the Singapore Exchange (SGX) in its hometown of Singapore, the company chose to be floated on the New York Stock Exchange in 2017.

That strategy has worked well for Sea Limited.

The company’s stock has soared more than 1,000 per cent since the beginning of 2018 and nearly 300 per cent this year alone, giving it a current market value of S$92.7 billion and making it the company that has gained the most market value this year on the Nasdaq.

A stash of cash

The staggering valuation of Sea Limited is even more amazing, given that it has not made a cent in profit either at the operating level or on the bottom line for the last six years.

But as they say in the stock market, it is better to travel than to arrive, especially if you can afford to pay for the ride.

And Sea Limited has plenty of cash in the tank. Not only does its balance sheet boasts S$4.75 billion of cash in the bank, but it also has a visionary investor, Tencent Holdings (SEHK: 700), which has very deep pockets.

Tencent’s interest in Sea Limited probably stems from the Singapore company’s success in tapping into the growing video gaming market in Southeast Asia.

For some perspective, the size of the global video-gaming market is estimated to be worth US$174 billion by 2021. The Asia-Pacific region is especially significant, with revenue of US$72 billion in 2019, which is more than double of the North American market.

The key markets in Asia Pacific for Sea Limited are China, Japan, and South Korea. But beyond those top three countries, there are opportunities aplenty in Southeast Asia’s emerging growth market, which is where Sea Limited plans to dominate, through its Garena games platform.

In 2019, revenue from its Digital Entertainment division of S$1.5 billion was more than double that of S$630 million a year ago. It accounted for almost half of the group’s total revenue of S$2.9 billion.

What’s more, it has been growing quickly. It is three times more than at the time of its initial public offering (IPO) in 2017.

The secret of Garena’s growth has been through its popular video game Free Fire, which was developed by 111 Dots Studio and published by Garena.

The success of Free Fire has been attributed to its ability to run on almost every device, especially on low-end handsets that tend to be more prevalent in some of the less developed regions of Southeast Asia.

These include Indonesia, the Philippines, Vietnam, and Thailand where Sea Limited operates.

Even though Free Fire has been a massive success for Sea Limited, gamers are typically on the lookout for the next best thing and might consequently choose to move on.

This is where Sea Limited’s strategic partnership with Tencent could be a win-win for both companies.

A good example is the collaboration between China’s Tencent, Singapore’s Sea Limited and America’s Activision Blizzard (NASDAQ: ATVI) to offer the Call of Duty: Mobile game in Southeast Asia.

It has allowed Garena to expand beyond its own developed games.

There is another reason why the collaboration could be mutually beneficial. In 2018 China’s regulators took active steps to crack down on gaming addiction amongst minors.

The State Administration of Press and Publication (SAPP) applied stricter regulation to limit the number of games entering the market each year.

There are signs that some of the restrictions have been eased by the SAPP since the start of this year. But a collaboration between the two companies could provide a convenient alternative route to market for Tencent’s video games, which could also be beneficial for Sea Limited.

Collaboration is key – it makes little sense for Tencent to reinvent the wheel when there are established platforms and alliances that it can tap into overseas.

The company said that Tencent Games aims to have as many users overseas as it has in China.

For instance, Tencent is examining an expansion of its partnership with Nintendo to build console games for American gamers.

Meanwhile, Sea Limited could be its door to growth in Southeast Asia.

Beyond gaming, Sea Limited is also active in e-commerce through its Shopee platform, which has grown faster than Digital Entertainment.

It recorded an operating loss of S$1.52 billion on those sales in 2019. It is unclear when Shopee would be profitable, given the greater competition in this area, most of which, like its biggest rival Lazada, are backed by Chinese Internet titan, Alibaba Group (SEHK: 9988).

But clearly, COVID-19 has benefitted e-commerce companies as millions of people have been forced to stay at home.

In June 2020, Sea Limited said gross orders accelerated 150 per cent year-on-year, whilst adjusted revenue was up 187 per cent over the same period.

It also said that in Indonesia, where Shopee is the largest e-commerce platform, a daily average of more than 2.8 million orders was 130 per cent higher than last year.

It added that Shopee continued to rank number one in the Shopping category by active monthly users in Southeast Asia and in Taiwan.

Being number one is important. Apart from attracting more customers to the site, it also draws in more vendors to sell their merchandise on the platform, which in turn attracts more customers.

The network can be a virtuous circle that could allow Shopee to invest in more efficient ways to fulfil customer orders by plane, boat, and road.

The key is to operate at a lower cost than the competition, which can be achieved through investments in efficient fulfilment.

There is a third string to Sea Limited’s bow, which is Digital Financial Services through its SeaMoney digital payment and digital wallet. This is by far Sea Limited’s smallest divisions which accounted for less than 0.5 per cent of total revenue.

But it is early days, yet. The service was only introduced in the fourth quarter of 2019 with the idea that it could provide payment processing and e-wallet services by integrating it with Shopee.

There are indications that it is working. In the second quarter of 2020, more than 45 per cent of Shopee’s gross orders in Indonesia were paid using the mobile wallet.

Sea Limited has aspirations for SeaMoney beyond integration with its e-commerce platform. It recently applied for a digital banking licence in Singapore and it is one of the top contenders. A licence would allow it to take deposits and provide banking services to both retail and non-retail customers.

With gaming, e-commerce, and now digital payments in its suite of offerings, the future of Sea Limited is in its own hands.

Its destiny will be determined by how quickly it can transform a business, which has turned cash flow positive, into one that is profitable at the bottom line.

From an investor’s perspective, the financial numbers in an improving profit-loss account, a healthy balance sheet and a strong cash flow statement speak volumes.

Sea Limited can make the right kind of waves by delivering the things that shareholders want – rising earnings. And if it can continue to see progress on that front, Sea Limited could remain Singapore’s most valuable company even in the future.