Singapore Press Holdings’ Share Price Drops Below S$1: 5 Things You Should Know About its Full-Year 2020 Earnings 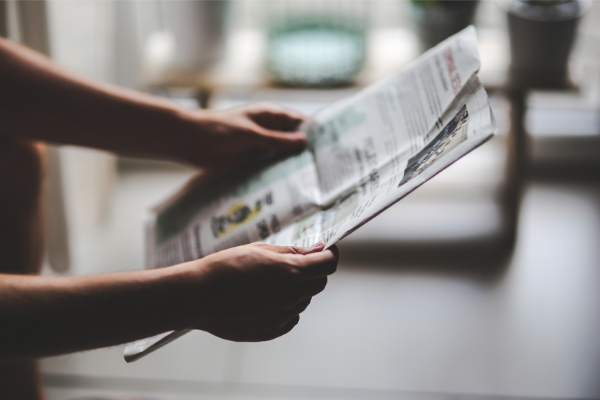 A downward valuation of the group’s investment properties of S$232 million and the impairment of an associate of S$10 million dragged SPH into its first-ever full-year loss of S$83.7 million.

The government’s Jobs Support Scheme (JSS) has helped to provide around S$28.1 million of assistance for SPH’s media division, but the group also incurred a one-time retrenchment expense of S$16.6 million during the fiscal year when it announced a restructuring of this division back in August.

Here are five other aspects to take note of for SPH’s full-year earnings.

A loss incurred for the media division

SPH’s media division is what defines the company, and takes up slightly more than 50% of the total revenue for FY 2020.

However, the division has seen a steady downtrend in revenue over the years.

Sadly, the media division has seen a year on year decline in revenue every year thereafter, with revenue falling to S$445.1 million in FY 2020.

A loss before tax of S$11.4 million was incurred, though this was made worse by retrenchment costs of S$16.6 million.

If we deduct the JSS contribution and remove the retrenchment costs, the division would have incurred a higher loss before tax of S$22.9 million.

This weak performance came about due to a plunge in newspaper print ad revenues, which have fallen by 33% year on year, as well as a decline of 6.2% year on year in digital ad revenue.

SPH’s group operating margin continues to weaken, as shown in the graph above.

This decline can be attributed to higher premises and depreciation costs this year, as well as an increase in finance costs as the group issued a 10-year medium-term note and 5.5-year perpetual to raise around S$800 million during the fiscal year.

One bright spot for the group is the rise in both digital subscriptions and revenue.

While print ad revenue has been declining due to a sharp fall in property and fast-moving consumer goods advertisements, annual digital revenue has replaced some of this decline.

Total digital revenue from circulation ads, online classifieds and other digital portals increased by 11.8% year on year for FY 2020 to S$118.3 million.

Over the last three years, digital revenue has grown from S$91.1 million for a compound annual growth rate of 9.1%.

Digital circulation has replaced physical delivery of newspapers and has grown by an impressive 52% year on year.

The total downward revaluation amounted to S$232 million, or around 3.5% below its original book value, and relates to properties within SPH REIT (SGX: SK6U), which SPH owns a 70% stake.

The fall in the fair value of properties highlights a risk relating to REITs, in that their properties can suffer downward adjustments in fair value during tough times.

This adjustment may then go on to impact the REITs’ gearing ratio, as the formula involves the REIT’s deposited property value as the denominator.

With a lower denominator due to a lower valuation, a REIT’s gearing ratio may rise even as its total gross debt load remains constant.

A large decline in dividends

With the weaker financial performance and continued economic uncertainty, SPH has also slashed its dividends further for the current fiscal year.

Last year’s full-year dividends amounted to S$0.12, but this has been greatly reduced to just S$0.025 in light of the tough challenges the group is facing.

Investors should also note that SPH’s dividend has been steadily declining since FY 2014 when the annual dividend was S$0.21.

Unless the group comes up with a strategy to enable a gradual turnaround, dividends may continue to decline over time.