Singapore Airlines Is Redeeming The First Tranche of MCBs – Is That Good For Shareholders?

SIA shareholders were treated to the news that the company was in a position to redeem the first tranche of MCBs. Here’s what that means for shareholders. 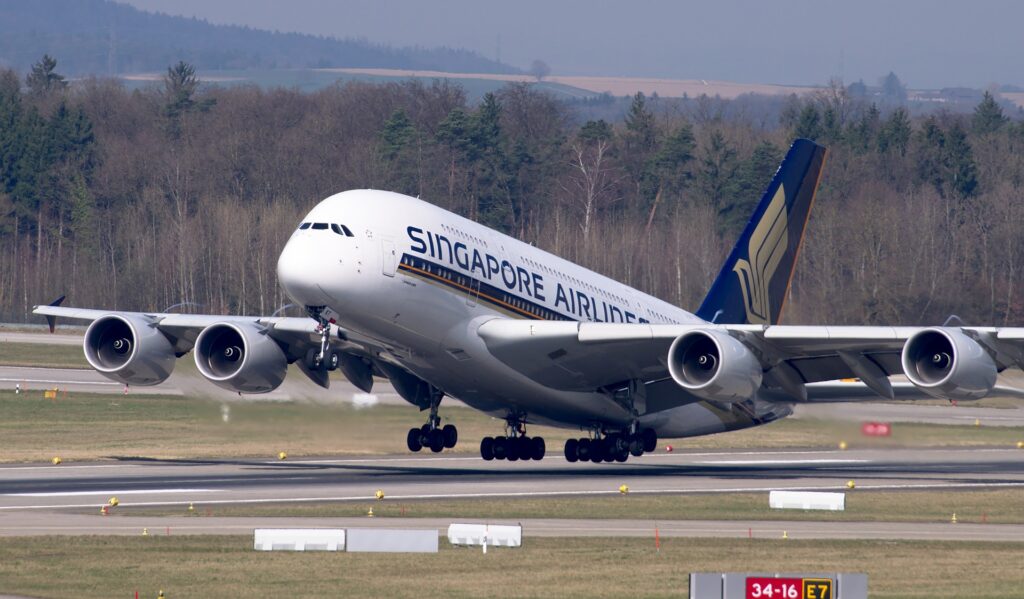 These bonds were issued by the airline merely 2.5 years ago in 2020, near the peak of COVID-19 lockdowns. Back then, SIA had to pause most of its operations as passenger air travel was severely restricted due to the pandemic. Cash was short for SIA and it desperately needed to raise money. But things have improved significantly for the company this year as it reported a record profit in the first half of FY23 and free cash flow was also comfortably positive.

With its finances moving in the right direction, SIA’s management has decided that redeeming the airline’s first tranche of MCBs would benefit its shareholders. In this article, I explore whether the airline is making the right decision.

First, is redeeming the MCBs a good use of capital?

In my view, the short answer is yes. The MCBs are a costly source of capital for SIA and redeeming them early will save the company significant money.

The MCBs are zero-coupon bonds but have a set annual yield that starts at 4% before rising to 5%, and then 6% (head here for more detail on the MCBs). What this means is that the longer the MCBs are left unredeemed, the more expensive it becomes for SIA to redeem them in the future.

If converted to shares, the MCBs will heavily dilute SIA’s current shareholders, leaving them with a smaller stake in the entire company.

All of these lead me to conclude that redeeming the MCBs now seems like an efficient use of capital by SIA on behalf of its shareholders.

But should SIA conserve cash instead?

SIA has a history of producing irregular free cash flow.

In 15 years of operation, instead of generating positive cash flow that can be returned to shareholders, SIA actually expended cash.

This is mostly due to the high capital expense of maintaining its aircraft fleet. Capital expenditure for the expansion of SIA’s business was only S$5.6 billion, meaning the value of its fleet only increased by S$5.6 billion.

What this shows is that SIA is a business that struggles to generate cash even if it is not actively expanding its fleet. This said, SIA does have a significant amount of cash on hand now.

With the cash raised over the past two years and the strong rebound in operations, SIA exited the September quarter this year with S$17.5 billion in cash. Redeeming its first tranche of MCBs will cost SIA around S$3.8 billion, around a fifth of its current cash balance.

The airline also has a relatively young fleet of planes now, which means its net capital expenditure requirement for maintenance is going to be relatively low in the near future, which should lead to higher free cash flows in the next few years.

And with the global recovery in air travel as countries around the world get a better handle on COVID-19, SIA’s operating cash flow is also likely to remain positive this year.

As such, I think it is fair to say that SIA does have the resources to retire the first tranche of its MCBs pretty comfortably despite its business’s poor historical ability to generate cash.

This brings us to the next question: Can SIA retire the second tranche of its MCBs which were issued in 2021? To recap, besides the S$3.5 billion raised in 2020 via the issuance of MCBs, SIA raised a further S$6.5 billion through this second tranche of MCBs in 2021.

Including interest, the total outlay to redeem the second tranche of MCBs will be slightly more than $6.5 billion (depending on when exactly SIA redeems the MCBs).

After redeeming the first tranche of its MCBs, SIA will be left with S$13.7 billion in cash. But the airline also has S$15.8 billion in debt (including long-term liabilities), which means it will have net debt (more debt than cash) of around $2.1 billion.

Bear in mind that the MCBs are not considered debt according to SIA’s books. Instead, they are considered equity as they have a feature where they are “mandatorily converted” in 10 years. So the debt on SIA’s balance sheet are additional borrowings which will eventually need to be repaid or refinanced. Given the small net cash position, I don’t think SIA should stretch its balance sheet to pay back the second tranche of MCBs yet.

SIA executives should also have wisened up to the fact that the company should keep some cash in its coffers to avoid another situation where they have to raise capital through the issuance of stock at heavily discounted prices (which happened during COVID-19) or through borrowing at usurious terms. A secondary offering or expensive debt in troubled times will be much more costly to shareholders than the MCBs.

All things considered, I think it is a good move by SIA’s management to redeem the first trance of the airline’s MCBs. The MCBs are an expensive source of capital and retiring them early will benefit SIA’s shareholders. The airline is also in a comfortable financial position to do so.

It is worth mentioning that SIA also decided to start paying a dividend again. I would have thought that management would prefer to retire the airline’s second tranche of MCBs before dishing out excess cash to shareholders.

One needs to remember that despite its poor cash flow generation in the past 15 years, SIA still paid dividends nearly every year. In hindsight, this was a mistake by management as the distributed cash would have been better off accumulated on the airline’s balance sheet to tide it through tough times such as during the COVID pandemic.

Ultimately, SIA paid dividends in the past 15 years, only to claw back all of the money (and more) from shareholders by issuing shares in 2020. This was certainly a case of one step forward, two steps back, for shareholders. Let’s hope for the sake of shareholders that history doesn’t repeat itself.