Should You Buy Shares of Manchester United?

Did you know that you can become a shareholder of Manchester United? But the fact that you can doesn’t mean that you should. Here’s why. 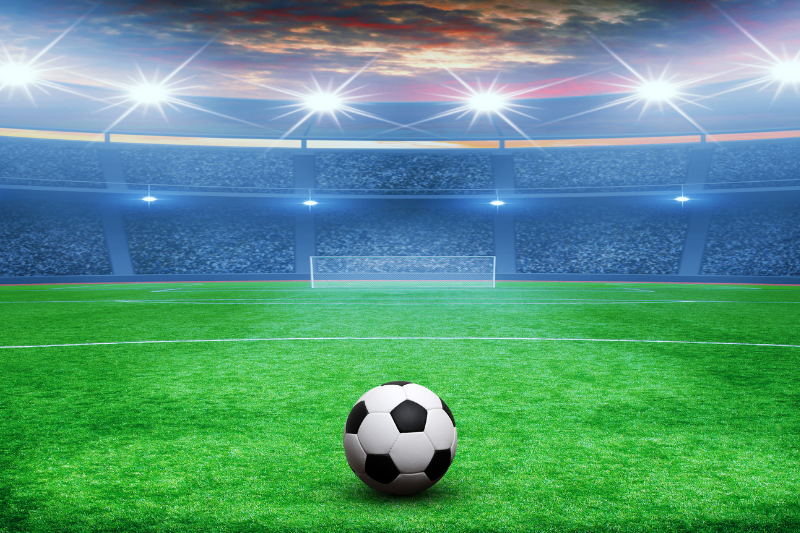 When news that Manchester United re-signed Cristiano Ronaldo broke a few weeks ago, the football club’s stock price climbed by 10% in just a few hours.

As a big football fan, this got me curious on the economics of a football club. I decided to do some research to find out if a stock like Manchester United (NYSE: MANU) is really worth considering.

This article is about what I found out. For full transparency, I should state that I am a Liverpool fan. But don’t worry, I didn’t let that influence (I hope) my analysis of Manchester United’s stock. So let’s begin.

How Manchester United and other football clubs make money

Football clubs like Manchester United boast a huge and international fanbase. The fans are the reason behind the club’s ability to generate hundreds of millions of pounds in revenue. Football clubs earn money directly from fans by selling merchandise to these fans.

The fans are also what drive the commercial appeal of a football club. Sponsors pay tens of millions of pounds to have their logo on Manchester United’s kit. This makes sense, as sponsors know that fans will be watching the team play and having their brand on a big-name club like Manchester United is a great avenue for brand marketing.

Lastly, clubs also earn from matchday revenue, which are derived from ticket and other matchday-related sales to attendees. Old Trafford, Manchester United’s fully-owned stadium, can seat 74,140 fans and is one of the largest football club stadiums in the United Kingdom. In the pre-COVID days, Old Trafford was consistently 99% full during matchdays.

The chart below shows the revenue breakdown of Manchester United in the financial year ended 30 June 2020 (FY2020).

Costs of running its business

With its massive fanbase, and as one of the most popular clubs not just in the UK but across the globe, Manchester United has no problem generating revenue year after year. But the cost of running a club like Manchester United is the real sticking point if you are looking at it as an investor.

In order to remain a competitive football club and to win fan appeal, the club has to spend significant dough to sign the top (and most marketable) players. Buying a player from another club can cost tens of millions, and even hundreds of millions, of pounds. In addition, in order to retain and attract talent, Manchester united needs to pay highly sought-after players extremely competitive wages that can go up to hundreds of thousands of pounds a week.

In FY2020, Manchester United’s wages and other employee benefit expenses amounted to a staggering £284 million, or 55% of revenue.

On the income statement, money spent on acquiring players is not immediately recorded as an expense. Instead these expenses are capitalised on the balance sheet and amortised over time, which can significantly distort the profitability of the club. Player sales may also artificially distort operating profits for a particular year. As such, I prefer to look at the cash flow statement to see if Manchester United has been able to generate a growing stream of cash flow over the years. The chart below shows Manchester United’s free cash flow from FY2015 to FY2020.

To calculate free cash flow, I took operating cash flow and deducted capital expenses (the bulk of it is for stadium upkeep) and the cost of player purchases, and added back the amount earned from player sales.

From the chart, we can see that Manchester United’s free cash flow can be fairly unpredictable. This is due to the unpredictability of player purchases and player sales.

Another wildcard is that the club’s operating cash flow is also not stable as some of the broadcasting revenue from certain competitions depends on the club’s progress in these competitions. This creates a further degree of uncertainty. For example, during the 2017/2018 season, Manchester United exited the Champions League in the group stages, which resulted in lower operating cash flow for the year.

To make matters more complicated, Manchester United is also not guaranteed entry into the UEFA Champions League each year – entry into the tournament largely depends on the club’s position at the end of the season in the Premier League. The UEFA Champions League is a major source of revenue for the club. During the 2019/2020 season, on top of a loss of matchday revenue because of COVID, Manchester United also did not qualify for the Champions League and only played in the Europa League, which resulted in lower revenue and operating cash flow.

Due to the unpredictable nature of a football club’s cash flow, I believe its balance sheet needs to be fairly robust.

Unfortunately, Manchester United again seems thin in this area. The club ended 31 March 2021 with £443.5 million in net debt consisting of around £84.7 million in cash and £528.2 million in debt. Throw in the amount Manchester United paid in July and August this year for signing a few star footballers in Cristiano Ronaldo, Jadon Sancho, and Raphael Varane, and the club’s net debt likely has increased further.

Although the signing of Ronaldo should bring in more commercial revenue for Manchester United, the club’s financial standing still seems risky, given the high cost of running a football club and the unpredictable nature of its cash flow.

My thoughts on Manchester United as an investment

Owning shares of a football club like Manchester United may seem like a novelty and a great conversation starter. But the unpredictability of its business makes it an unappealing investment to me.

The club is in a constant struggle to balance profitability and keeping the fans happy. But its profitability and its fans are inextricably linked as fans are the main reasons for the club’s commercial success in the first place. Upset this balance and the empire comes crashing down.

From a valuation perspective, Manchester United currently has a market cap of around £2.08 billion. To me, this doesn’t seem cheap. In the six years ended 30 June 2020, the club only generated a cumulative £53.3 million in free cash flow or an average of around £8.9 million per year. This translates to a price-to-average free cash flow ratio of 225.

In the nine months ended 31 March 2021, the club had negative free cash flow of £10.9 million. And given the recent player purchases of Ronaldo, Sancho and Varane, I think it will end the year with even more cash burn.

Although there is always the possibility that a rich businessman may offer a premium valuation to take the club private simply for the media publicity and the novelty of owning a club like Manchester United, the numbers from a business perspective are not appealing. Although I’m a huge football fan, I’m definitely not a fan of investing in Manchester United.