Sembcorp Marine and Keppel Corp Explore a Potential Combination: Here’s What You Should Know

Singapore's two oil and gas giants have announced a potential combination of both their businesses. Here are some quick facts investors should know. 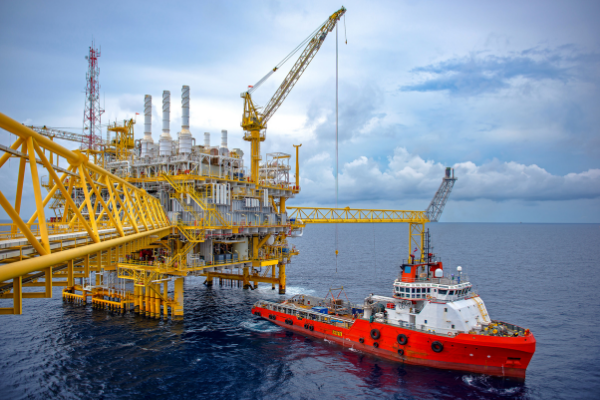 As it turns out, both companies had signed a non-binding memorandum of understanding to explore the possibility of a combination.

Assuming the combination goes through, a new combined entity will be formed that will be listed on the stock exchange.

Existing assets of Sembcorp Marine and Keppel Corporation will be combined in this entity, which will have the scale to bid for larger contracts due to its larger size and expanded range of capabilities.

Keppel will also inject its legacy rigs and associated receivables into a new company called Asset Co that will be majority-owned by external investors.

Along with yesterday’s press release, Sembcorp Marine also announced a 3-for-2 rights issue at a rights issue price of S$0.08 to raise S$1.5 billion.

The prolonged oil and gas downturn since 2015 and the further collapse in oil prices in 2020 resulted in massive capital expenditure reductions by the oil majors.

Due to the prolonged downturn in the industry, Sembcorp Marine faced project delays, acute manpower shortages and supply chain constraints that caused it to bleed cash.

This announcement has several implications for investors.

First off, Sembcorp Marine’s second rights issue in a little more than a year highlights the numerous problems the rig-builder faces.

Just three months ago, we discussed if the group could manage a turnaround due to its pivot towards green energy.

The company’s continued cash burn has driven the need to raise funds to shore up its balance sheet.

The latest rights issue may prop up its finances in the interim, but the long term solution to the beleaguered company’s woes may lie in a combination with a stronger player in Keppel Corporation.

In addition, Keppel Corporation is by no means in financial trouble — the exploration of a combination seems to be part of its strategic review when it announced the restructuring of its offshore and marine (O&M) business.

If we add on its Vision 2030 quest, then it makes sense for the conglomerate to shed its legacy rigs to go asset-light.

Ultimately, this entire exercise is likely to be the brainchild of Temasek Holdings, which owns majority stakes in both companies.

After walking away from its partial offer of Keppel Corporation back in August last year, this could be another way for the state-owned wealth management fund to protect the value from both of its investments.

Both companies will conduct due diligence on each other and take time to discuss the terms of the potential combination.

Shareholders of both companies should be mindful that no transaction may take place at all should talks fail.

Discussions are expected to last “several months” and if successful, Keppel Corporation and Sembcorp Marine will both receive shares in the combined entity.

If the deal goes through, Keppel will also walk away S$500 million richer.

Unfortunately, Sembcorp Marine’s long-suffering shareholders will be caught between a rock and a hard place.

Should you subscribe for the rights, you need to cough up the money with little certainty that you will get a satisfactory return in the future..

On the other hand, not subscribing for the rights simply means you get massively diluted.

An extraordinary general meeting will be held in August to approve the rights issue, and the listing and trading of the newly issued shares should take place before the end of the third quarter of 2021.

Are you aware of the next big investing trends in 2022? Rising adoption and rapid developments have fueled the growth of this “must have” service. But we’re barely scratching the surface of this trillion-dollar industry. So join us in our upcoming webinar, and be better prepared for the coming tech breakout next year. Click here to register for FREE now.