Revenge Travel is Picking Up: 4 Companies That Will Benefit

Travel is returning with a vengeance as people satisfy their itch to go on holiday. These four companies stand to benefit from this trend. 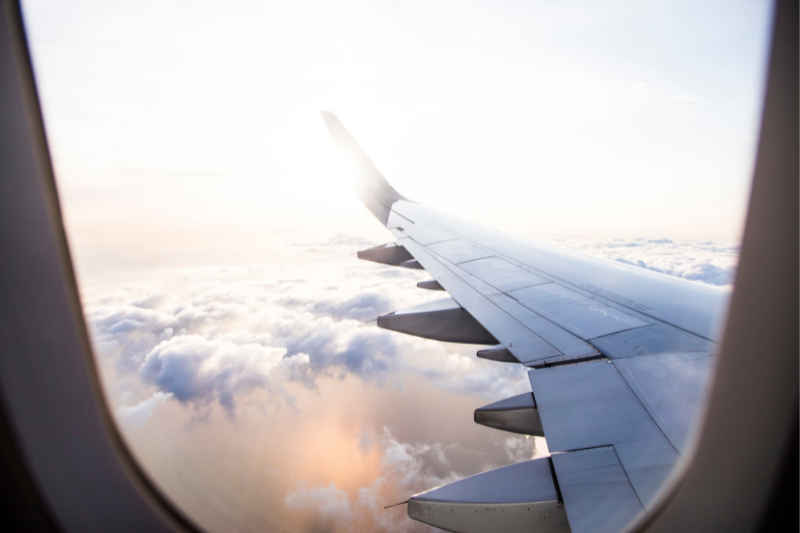 It seems consumer spending has been surging in recent months as the world enjoys a much-needed recovery.

We previously wrote about the concept of revenge spending, where people open their wallets in a big way after two years of restrictions.

This spending is not limited to just physical goods but is extending to experiences as well.

Revenge travel is a subset of revenge spending and represents a desire to make up for lost time and to scratch that travel itch.

As the lyrics of Joni Mitchell’s “Big Yellow Taxi” go — you don’t know what you’ve got till it’s gone.

Many people are now savouring the sweetness of being able to travel to far-flung places, a luxury that they previously may not have fully appreciated.

And with many economies reopening and Singapore relaxing its rules for inbound travel, the travel and tourism industries are set to see a stronger recovery later this year.

Here are four companies that will benefit from this trend.

A clear beneficiary of this surge in travel demand is none other than Singapore Airlines Limited, or SIA.

Singapore’s flagship carrier has already seen a jump in passenger numbers in March, which clocked in at 893,000.

Compared to the same month in 2021, this level was a nearly nine-fold jump.

However, a look back at the operating statistics for December 2019 showed that SIA carried 3.5 million passengers back then.

As such, the current level represents just a quarter of the passenger volumes enjoyed by the carrier more than two years ago.

There’s good news on this front, though.

Nine out of 10 US citizens are planning to travel, demonstrating strong pent-up demand for holidays, and helping to push air ticket prices higher.

Singapore has also done away with pre-departure tests for fully-vaccinated travellers coming into Singapore.

With this news and these measures, there’s optimism that SIA can continue to see passenger numbers rising.

SIA has also reported its first quarterly profit of S$84.7 million for its fiscal 2022’s third-quarter (3Q2022), a sign that its financial numbers are displaying a turnaround.

Ground handler and food solutions provider SATS Ltd is another beneficiary of this surge in travel and tourism.

The number of meals served climbed 22.1% year on year to 39.3 million, in tandem with the higher passenger volume.

SATS’ financial numbers have also been encouraging, with the food solutions group reporting a core net profit of S$5.1 million, reversing a net loss of S$3.1 million in the prior year.

The increase in the number of flights and passengers carried will no doubt have a positive impact on SATS’ top and bottom lines.

The group has also continued investing in its food catering capabilities with the recent announcement of the construction of an innovative Food Hub in Singapore’s Jurong Innovation District.

Costing S$150 million, it will be completed in 2024 and have facilities for food manufacturing, production kitchens, and innovation labs, among other features.

SIA Engineering Company Ltd, or SIAEC, is a provider of maintenance, repair and overhaul (MRO) services.

The group has a client base of more than 80 international airlines and aerospace equipment manufacturers.

SIAEC reported a 33.8% year on year increase in revenue for 3Q2022 to S$140 million, mainly due to higher transit-related handling revenue in line with a larger number of flights.

Share of profits from associates and joint ventures jumped more than a three-fold year on year from S$12.3 million to S$40.1 million.

As a result, net profit soared more than four-fold year on year to S$33.2 million.

With the increase in the number of flights, more aircraft maintenance checks will be needed, thus providing a boost to SIAEC’s revenue in the coming months.

Banyan Tree is a multi-brand hospitality group with a diversified portfolio of hotels, resorts, and spas centred around 10 global brands such as Banyan Tree, Angsana, Laguna, and others.

The group reported improved performance for FY2021, with revenue climbing 40.2% year on year to S$221.3 million.

Operating metrics also saw an improvement, with revenue per available room (RevPAR) climbing from S$62 in FY2020 to S$76 in FY2021.

The pick-up in travel coincides nicely with the group’s plans to ramp up its number of properties.

Banyan Tree ended 2021 with 55 hotels. Nine are expected to open this year and the group plans to end 2024 with a total of 100 properties under its belt.