Reliable Conglomerates in An Unreliable World 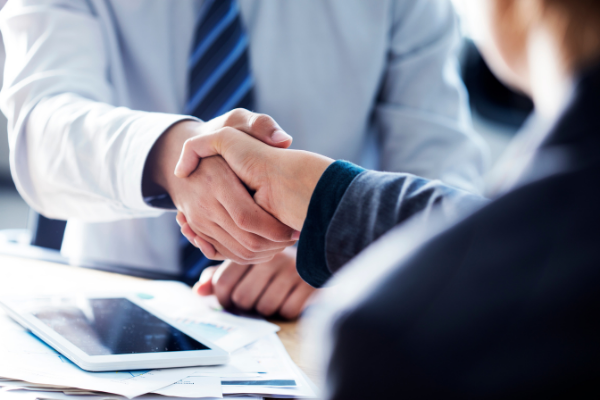 What must it be like to own a business that could do well under any economic condition? It could be a bit like running an ice cream stand that also sells umbrellas. It does not matter whether it is sunny or pouring with rain – the tills should keep ringing, regardless of weather conditions.

Owning shares in a conglomerate is a bit like being a shareholder of that canny ice-cream vendor. Conglomerates are made up of unrelated businesses in which they have stakes – and often quite significant stakes.

The key is that these separate subsidiaries should operate independently. That said, the parent company, often because of its considerable ownership in them, will probably want to have some input into how they are run.

Breaking up is hard to do

There was a time when conglomerates were very popular. That was until consultants managed to convince some of them (and the market) that they could better serve their shareholders by spinning off their businesses into separate units. Many, perhaps misguidedly, did.

Breaking up a conglomerate is the opposite of synergy, which states that the combined value of a business is worth more than the sum of its parts. Tellingly, there is no antonym for synergy, which speaks volumes.

While some conglomerates did succumb to market pressures and break themselves up, many resisted and have remained intact. Some well-known conglomerates in the west include Germany’s industrial behemoths Bayer (ETR: BAYN) and BASF (ETR: BAS), and America’s 3M (NYSE: MMM) and General Electric (NYSE: GE).

The concept is very popular here in Asia, too. We even have special names for them. In Korea, they are known as chaebols; in Japan, they are called keiretsus, while in Hong Kong, they are referred to as hongs.

All in the family

The businesses that many of these conglomerates control can operate in very different industries. India’s privately-owned Tata Group, for example, runs power stations, makes cars, operates hotels, sells tea and even owns a football club.

Consequently, conglomerates could be exposed to different economic cycles, which mean that the risk of one industry doing badly could be offset by another that could be doing well.

There is something else that is appealing about conglomerates. They can access capital, even when market conditions might be unfavourable. A well-run conglomerate could, for instance, deploy cash generated from one part of the group to another that might be able to generate a better return.

To be able to deploy that cash, conglomerates must generate the cash in the first place. A useful way to assess this is to look at their free cash flow yield, which is a measure of the amount of available cash generated compared to the market size of the business.

This cash can be used to pay down debt, make share buybacks, and pay dividends. In theory, a conglomerate could pay all its free cash as dividends. But they do not.

The median free cash flow yield for conglomerates is a reassuring 9.4 per cent. The reason is because conglomerates tend to hold back capital investment, run down inventory, and enforce tighter cash collection procedures from their accounts receivable in a downturn.

These positive actions can help offset the reduction in earnings when times are tough. Reassuringly, the free cash flow yield is higher than the average dividend yield of 3.1 per cent. So, income seekers should be comforted knowing that dividend payouts are adequately covered by cash flow.

Show me the money

Speaking of dividends, conglomerates like to retain a significant proportion of their profits for internal use. The average retention ratio for conglomerates is around 60 per cent. Some do not even pay dividends.

Berkshire Hathaway (NYSE: BRK.B), a massive conglomerate run by Warren Buffett, is a case in point. It does not believe in paying dividends because Mr Buffett believes that he is the best allocator of capital for the benefit of shareholders.

He has a point. Over the last decade, Berkshire Hathaway has delivered an annual total return of around 10 per cent. It has been able to achieve that high annual total return because it has been able to deliver a high return on equity. This is the amount of profit that a company makes on every dollar that shareholders have put into the business. Its return on equity has been around 9 per cent over the last decade.

The higher the better

It is not alone. San Miguel Corporation (OTCMKTS: SMGBY) of the Philippines, whose interests span beer production and finance, Indonesia’s Astra International (IDX: ASII) and Singapore’s Jardine Matheson (SGX: J36) have all delivered near double-digit returns on equity.

From an investor’s perspective, conglomerates could be an interesting way to achieve diversification through just one company. Income investors might want to focus on those conglomerates with a high retention ratio, plus a high return on equity too. Together the two ratios could combine to deliver faster dividend growth.