How did the data centre REIT perform in its latest quarterly report? Here’s what you should know. 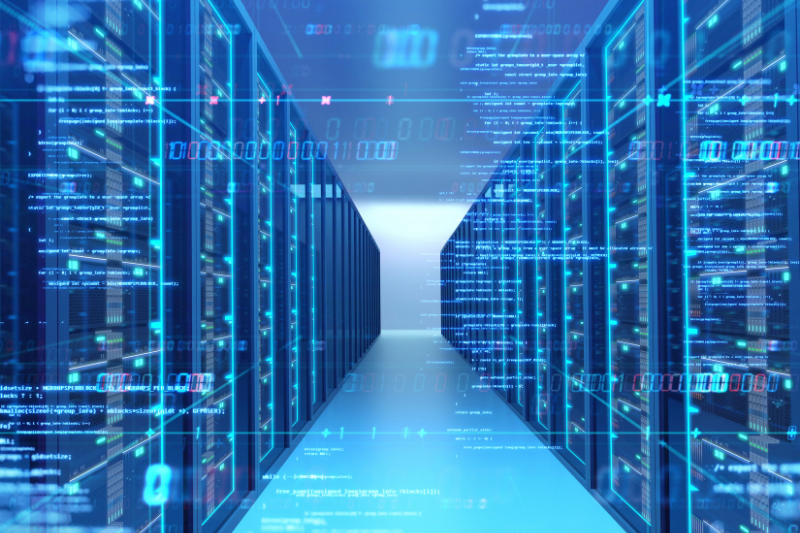 Data centres are highly sought after as investments due to their high occupancy rates and ever increasing demand from companies all over the world to store and manage data.

REITs that own data centres have a track record of providing strong returns to investors.

However, things have taken a turn for the worse this year for REITs as a flurry of worries descends on the sector.

Against this backdrop of uncertainty and fear, investors should always keep a level head and focus on the stock’s fundamentals.

Here are five highlights from the REIT’s business update that investors should take note of.

For the quarter, the REIT reported a modest set of financial results.

Revenue growth was mainly driven by contributions from acquisitions and investment, as well as completed asset enhancement initiatives (AEI).

The increase in DPU was mainly driven by higher finance income, which includes the coupons received from M1’s bonds and preference shares.

In December 2021, Keppel DC REIT completed its acquisition of Guangdong Data Centre 1 in China, its first investment property in China.

To further strengthen its portfolio, the REIT has subsequently entered into agreements with Bluesea to acquire another two Grade A data centre facilities in Guangdong, for approximately S$297.1 million.

The acquisition of these two data centres is expected to be completed by the end of this year and by 3Q2023 respectively.

Following the completion of these latest transactions, investment properties in China will constitute 8.3% of the REIT’s total portfolio.

This brings the Keppel DC REIT’s total portfolio to 23 data centres, worth a total of S$3.6 billion, across nine countries.

In addition, it has S$2 billion worth of data centre assets under development and management, through its sponsor, Keppel T&T, as well as Keppel Corporation Limited’s (SGX: BN4) private data centre funds.

Having a strong sponsor allows the REIT to access a ready pipeline of properties that it can tap on for future acquisitions.

As a pure-play data centre REIT, the REIT’s future growth is dependent on the continued demand for quality data centres.

As the world continues to digitalise, we are starting to see a massive amount of investments being deployed to build essential digital infrastructure.

Moving forward, the amount of data being produced and processed is expected to increase exponentially.

The world’s data needs continue to grow exponentially, while the growth in key data centre hubs continues to be limited by power and land availability

Coupled with the push for data privacy and national sovereignty by governments, this only creates more demand for data centres.

In fact, Asia Pacific is set to become the world’s largest data centre region over the next decade.

Moreover, data centre demand in Europe in the first half of the year (1H2022) has surpassed the total demand in 2021, underpinned by hyperscale demand.

Hence, investors who strongly believe that the future will be a data-driven one should consider an investment in this pure-play data centre REIT as a proxy for the growth in the data centre sector.

Its portfolio weighted average lease expiry (WALE) stood at a healthy 8.7 years as of 30 September 2022.

The REIT also has a well-spread debt maturity profile, with the bulk of debt expiring in 2027 and beyond.

However, unitholders have to be aware of the concentration risks that the REIT carries.

Its largest customer, which is supposedly one of the largest technology companies globally, contributes 36.0% of its total rental income.

On the bright side, this concentration risk should gradually be alleviated as the REIT continues to expand its portfolio.

To curb rising inflation, the US Federal Reserve has hiked interest rates by 0.75 percentage points over four consecutive sessions.

As a result, many investors have shunned away from investing in REITs, preferring to put their money into seemingly safer and more attractive assets, such as bonds and fixed deposits.

Such sentiment has manifested itself in the form of lower REIT prices this year..

Management has announced that a 1% increase in interest rates would lead to 3Q2022’s DPU declining by 2.1%.

While the impact of higher interest rates cannot be avoided, a strong balance sheet helps to provide some buffer against their effects.

For instance, 74% of Keppel DC REIT’s borrowings were based on fixed interest rates as of the recent quarter, slightly lower than 76% in the previous quarter.

Meanwhile, the REIT’s aggregate leverage ratio increased by 2.2 percentage points from the previous quarter to 37.5%.

This increase was mainly due to the financing of acquisition of Guangdong Data Centres 2 and 3.

Having said that, an ICR of 8.5 times is still considered very healthy.

This high ICR indicates that the REIT’s net property income can service 8.5 years of finance costs

This is a relief for investors as it means the REIT has little difficulty fulfilling its debt obligations, even in this high interest rate environment.

To reduce foreign currency risks, the REIT has adopted natural hedging by borrowing in currencies that match its corresponding investments.