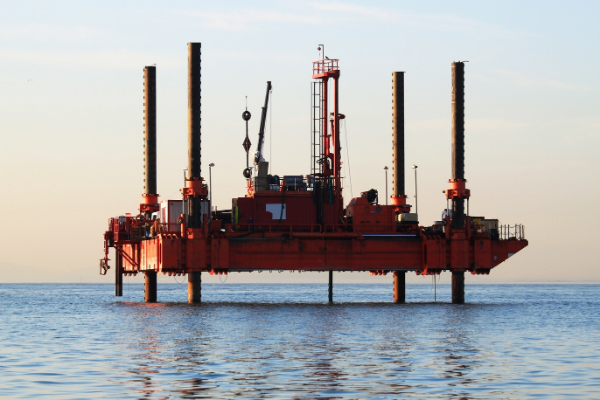 Six months have passed since Keppel Corporation Limited (SGX: BN4) first announced that it would undertake a strategic review of its offshore and marine division.

This move aimed to unlock value for shareholders as the division was going through a rough patch after oil prices collapsed due to the pandemic.

By early February, details of this strategic review were shared during the blue-chip conglomerate’s full-year 2020 earnings.

Keppel will be splitting its offshore and marine division into three parts: namely an asset-light operating company (known as “Op Co”), a development company (“Dev Co”) that will focus on completing rigs that are under construction, and a third entity called “Rig Co” for completed rigs.

With the recent release of the group’s first-quarter 2021 (1Q2021) business update, investors can gain more insight into the progress of this review and how the conglomerate has been coping thus far.

Revenue for the quarter was slightly higher at S$1.89 billion versus S$1.86 billion a year ago.

Net profit was also reported to be higher year on year although specific numbers were not disclosed.

Here are three other highlights that investors should take note of.

Offshore and Marine is holding up

Net order book stood at S$3 billion at end-March 2021, around 10% lower than the level recorded three months ago.

Around 80% of the order book is focused on gas solutions and renewables, with the remaining 20% still centred on the legacy oil rig business.

During the quarter, the group also secured a S$66 million contract to upgrade and repair wind turbines and gas-related vessels.

According to CEO Loh Chin Hua, Keppel’s Singapore yards have been working at close to full capacity, with around 19,000 workers returning to their offices.

He also mentioned that the group is exploring inorganic options for the strategic review.

These options are not limited to just selling the oil rigs that are sitting on Keppel’s balance sheet, but the management team is also open to doing time charters as well.

These strong numbers can be attributed to improved sentiment in China and Vietnam.

Its previously-announced divestment of Keppel Bay Tower will be completed in the next quarter and help to unlock cash of around S$600 million for the group.

As of 31 March 2021, Keppel Land has a residential land bank of around 46,000 units, of which around two-thirds are located in China and Vietnam.

Keppel has also announced a few promising business developments that are aligned with its Vision 2030 objectives.

The Bifrost Cable System is the world’s first subsea cable system that directly connects Singapore to the west coast of North America via Indonesia. This system will connect Singapore, Indonesia, the Philippines, Guam, and the west coast of America.

This project is set to be the largest capacity high-speed transmission cable across the Pacific Ocean, will span 15,000 kilometres and is expected to be completed by 2024.

Keppel is also looking at opportunities in the electric vehicle (EV) space, in line with its Vision 2030 objectives of sustainability.

The group targets to grab a meaningful market share of the Singapore government’s 2030 Green Plan to more than double the number of EV charging stations.

Get Smart: Shifting its priorities

The group is slowly shifting its priorities away from its legacy oil rig business to focus on areas such as renewables, connectivity, and sustainability.

Its Vision 2030 is a powerful driver for such change and should enable the organisation to pivot successfully away from its previous fossil fuel focus.

This transition will take time, though, as the group’s strategic review is still exploring options to monetise its oil rig portfolio.

Investors should take heart that Keppel has many promising business developments that could see the conglomerate going through a much-needed transformation.