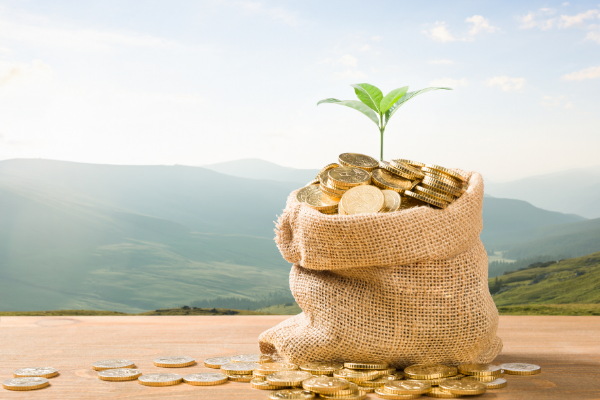 The crisis may have hit many businesses badly, but a select group of stocks thrived despite the challenges.

One of these companies is iFAST Corporation Limited (SGX: AIY).

iFAST is a financial technology company that operates a platform for the buying and selling of investment products such as unit trusts, bonds and equities.

If you had invested S$10,000 in iFAST a year ago, when Singapore’s circuit breaker had just kicked in, you would end up with around S$78,520.

But that’s history, you may argue.

Moving forward, does iFAST still have the potential for solid business growth?

The group has enjoyed robust tailwinds last year, with two standing out as the main reasons for its strong performance.

First off, the pandemic had resulted in lockdowns and movement restrictions in most parts of the world.

Businesses had to temporarily shutter while supply chains were also disrupted.

Because of these shutdowns, people ended up being cooped up at home with more time on their hands and with few things to spend on.

The crisis had inadvertently enabled a large group of people to save as air travel and cruises were halted.

With this extra time and money available, more started to look around for investment venues to grow their money.

The second tailwind was in the form of increased digital adoption, accelerated by the shift to online work.

In particular, iFAST has commented that the wealth management industry has enjoyed increased digital adoption.

Of the two tailwinds, the latter should persist even after the crisis is over.

The group reported a sparkling set of financial numbers in its latest earnings report.

iFAST also had a clean balance sheet with S$53.3 million in cash and investments with no debt.

It’s not often that you enjoy both growth and yield by investing in a single company, but iFAST fulfils these criteria well as it pays out quarterly dividends.

In addition to the tailwinds mentioned above, iFAST is also working hard on several fronts to grow its business.

One of these is the recent award of a tender by the Mandatory Provident Fund (MPF) Schemes Authority in Hong Kong to streamline and automate the MPF administration processes.

iFAST had participated in the tender as the prime subcontractor along with PCCW Solutions Limited, a unit of PCCW Ltd (HKSE: 0008).

The group will share more details of what the project entails and its monetary value at a later date.

iFAST is also working to constantly improve on its platform’s capabilities.

Late last month, its Malaysian unit announced that it had launched its stocks and exchange-traded funds (ETFs) brokerage services on its FSMOne platform in Malaysia.

Do-it-yourself investors can now purchase Malaysian stocks in addition to the existing Singapore, US and Hong Kong stocks.

Last December, iFAST announced that it had failed to clinch a Singapore wholesale digital banking licence.

The group, however, has indicated that it intends to bid for the Malaysian licences.

Assuming iFAST can clinch a licence in 2022, it could provide another avenue to boost its AUA growth.

Get Smart: The best is yet to come

There’s no doubt about it.

If you had purchased iFAST a year ago, you would be sitting on a pretty pile of profits.

But for investors who are thinking of adding the company into their investment portfolios today, there still exist many reasons why the stock remains attractive.

iFAST has a dominant position in the wealth management industry, a scalable platform with compelling features and is working on several business development initiatives.

The total addressable market for wealth solutions and online investing is also large and growing, and iFAST is in a great position to capture it over the long term.

The best is yet to come for the group as it still has a long runway for growth.