While it may seem obvious that banks will benefit from higher interest rates, there are other considerations to think about. 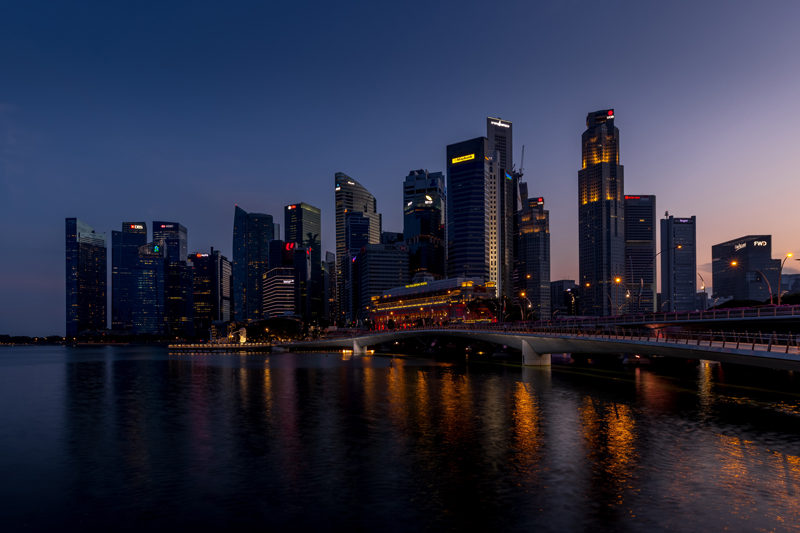 Change is in the air – one that has not arrived for the last 14 years.

Yes, I am talking about how interest rates have surged in the last couple of months to levels not seen since 2008.

The cause of this change?

The US Federal Reserve as it stands determined to fight the highest inflation the US has witnessed in four decades.

The rise has been steep and sudden, as pictured in the graph above.

The Federal Funds Rate was hovering at near-zero levels at the start of 2022 but has now been raised to the range of 3% to 3.25% in five consecutive increases.

Half a world away, Singapore banks are watching closely.

After all, banks are known to be sensitive to interest rates due to their lending activities.

The most obvious area where rates are increasing is housing loans, which the majority of homeowners are saddled with.

Then, just last week, both DBS and UOB announced that they were “reviewing” their fixed-rate home loans, with the latter pulling its two-year and three-year fixed rate packages from the market.

The implication here is that both banks are due to raise rates even higher as they incorporate the latest news of the Federal Reserve rate hike.

In addition, CEO Piyush Gupta had also disclosed that July’s NIM was above 1.8%.

The implications are clear: the swift rise in rates will strongly boost NIMs and lift the net interest income for all three banks.

Is the Fed going overboard?

The Federal Reserve has strongly suggested that it’s not done yet with rate increases.

It foresees its policy rate rising faster than expected as it seeks to tame inflation and bring it back to the target 2% level.

Even at current interest rates, the US 30-year fixed-rate mortgages have risen to alarming levels, inching close to 6.3% recently, a 14-year high.

Should the policy rate rise further, there is a probability of the mortgage rate hitting the 7% mark in the US and for Singapore’s fixed-rate home loan to breach the 4% level.

While higher interest rates are good for their NIM, there are downsides to consider too.

A sharp slowdown may loom

Higher rates will not only cause more pain for homeowners who have to fork out higher interest payments.

With higher loan rates, companies may pull back on their expansion plans and take on less debt, thus stunting the growth of the economy.

And with more people tightening their belts due to a mix of high inflation and more expensive loans, consumer demand may also plunge in tandem.

The result is that a recession may hit our shores and put many businesses in jeopardy.

Banks will have to contend with two negative impacts should an economic slowdown occur.

First, their loan growth will be impacted as fewer companies and individuals borrow.

Next, more loans may also turn sour as borrowers find it tougher to service their principal and interest payments, resulting in higher provisions and a larger non-performing loans (NPL) ratio.

Get Smart: The effects are uncertain

The above analysis shows that the effects of higher rates are uncertain for now.

While the banks may enjoy higher NIMs in the interim, there is a chance that the economy may dive if rates go too high.

Hence, investors need to be mindful of the pros and cons of higher interest rates and their effects on these financial institutions.