Interest Rates are Rising: Which of the 3 Singapore Banks Should You Pick?

With interest rates on the rise, we take a look at which local bank makes the most attractive investment. 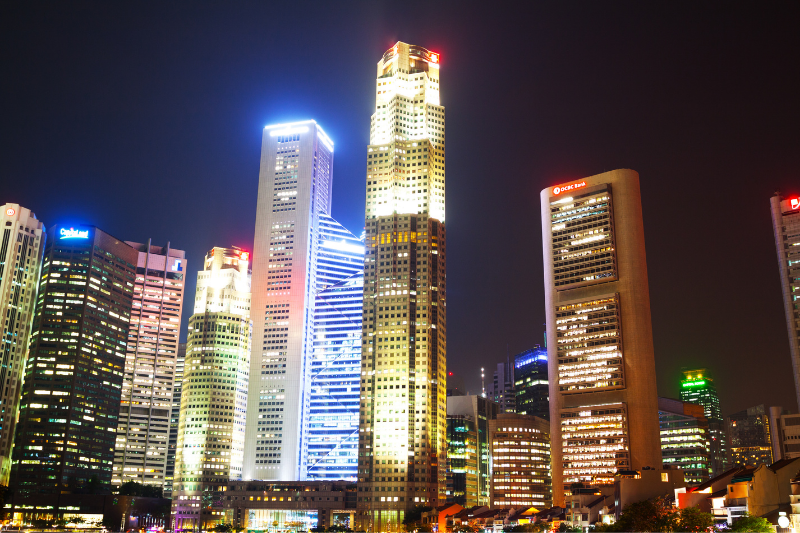 The news is official — the US Federal Reserve has just hiked interest rates by half a percentage point.

This move is the largest since 2000 and is a response to runaway inflation that has hit a four-decade high.

Banks, which thrive when interest rates head up, stand to benefit from current and future rate increases.

With rates heading higher in the future, which of these lenders should investors pick?

We take a look at several metrics to help you to decide.

First off, we take a glance at the financials for each bank.

It’s a coincidence that all three banks reported a 10% year on year fall in net profit, principally due to lower non-interest income as stock markets were volatile in 1Q2022.

DBS, however, is the clear winner here as it reported just a 3% year on year fall in revenue as its net fee and commission income dipped by just 7% year on year.

In contrast, UOB saw an 8% year on year decline in fee income while OCBC witnessed a sharp 23% year on year fall in non-interest income.

Looking at the allowances made by each bank, it’s clear that there has been a fall in allowances for both UOB and OCBC as economic conditions improve.

However, DBS saw its allowances jump more than five-fold but this was because 1Q2021 saw a large write-back of allowances amounting to S$190 million.

On an absolute basis, OCBC has the lowest level of allowances while also recording the largest year on year decline.

The good news is that all three banks have reported healthy year on year growth in customer loans.

UOB is the clear winner here with a 9.1% year on year increase in its loan book.

For net interest margin or NIM, UOB also has the highest NIM of the three and is the only bank to report a slight year on year increase in NIM of 0.01 percentage points.

In an indication that rising interest rates are impacting NIMs, all three lenders saw their NIMs improve quarter on quarter.

Next, we looked at the cost to income ratios for each bank.

As interest rates rise, each bank should enjoy a boost in its net interest income (NII).

The table above summarises the impact of a one percentage point rise in interest rates on the bank’s NII.

DBS has announced the biggest impact of the three banks on its NII, at more than double the effect as compared to the other two banks.

This is because Singapore’s largest bank has a higher share of low-cost current and savings account (CASA) deposits and thus will not see an increase in funding costs (read: deposit rates) as much as its peers.

We also compared the potential uplift to each bank’s prior year (FY2021) NII.

DBS will enjoy the largest positive impact of more than 22% on its NII while the other two banks will see around a 10% to 12% uplift.

Valuation-wise, OCBC is the cheapest of the three banks with a price-to-book (P/B) ratio of just 1.07 times.

DBS is by far the most expensive of the three banks with a P/B ratio of 1.62 times.

However, these valuation metrics need to be taken into context.

These acquisitions and other business developments could propel earnings higher in the coming years for both DBS and UOB, thereby justifying their higher valuations.

Get Smart: DBS stands to benefit the most

DBS is the bank that will benefit the most from interest rate increases.

Its NII is set to enjoy a strong boost from the current 0.5% hike and could increase further if the Federal Reserve imposed more increases for the rest of 2022.

While DBS’ valuation may be on the high side, investors should balance this out with the bank’s brighter outlook compared to its two peers.

Everyone’s talking about Fintech. But is it all hype? For the first time this year, we’ll be revealing the full story behind the trillion-dollar sector in our upcoming webinar “Picking Your Stocks In Fintech’s Trillion-Dollar Growth”. Discover the stocks we’re excited about, and the opportunities that are slipping past investors’ radars. Register a FREE seat here before it’s too late!