How Great Value is Being Created in the Stock Market Today

Free cash flow per share and the price-to-FCF ratio provide a framework to decipherwhat’s happening in our stock portfolio. 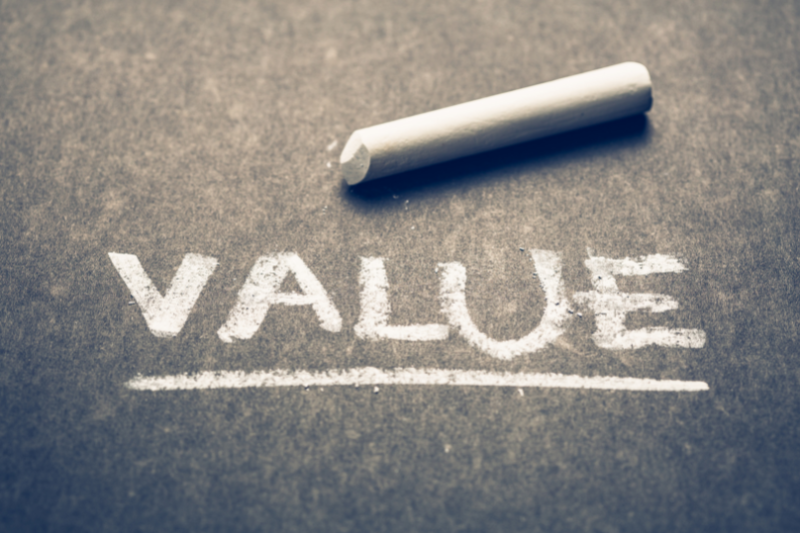 If stocks are cheap today, why do they keep falling?

For investors who bought shares in 2021, there may be a tinge of regret at not selling at higher stock prices.

But here we are.

There may be many reasons why you want to sell.

But behind all these questions is a deep, unsaid fear when it comes to selling your stocks.

WHAT IF you sell, and the stock goes up?

WHAT IF you don’t sell, and the stock goes down?

To solve this conundrum, we need to have a better understanding of what drives share prices.

In my book, there are two main components that can cause the share price to increase or decrease: the free cash flow per share (FCF per share) and the price to FCF (P/FCF) ratio.

Multiply these two factors, and you get the share price.

This simple equation implies that the movement of both the FCF per share or the P/FCF ratio will have a direct impact on a company’s share price.

But that is where the similarities between the two factors end.

Let’s start with the first: the FCF per share.

FCF is calculated by taking the company’s operating cash flow minus its capital expenditure.

If we divide its trailing 12-months (TTM) FCF by the total number of shares on issue, you get the company’s FCF per share.

More importantly, the FCF per share is a figure that is within a company’s control.

If the management team does a good job, they will bring in revenue, keep costs and capital expenditure in check — then, the business will generate both operating and free cash flow, as a result.

The primary driver in this case is the FCF per share, a proxy for the management’s effort.

The P/FCF ratio, on the other hand, is a figure driven by the prevailing stock market sentiment.

Therefore, this ratio is not within the management’s control.

If the stock market is feeling optimistic, a higher ratio is rewarded to its shares.

Conversely, if sentiment turns sour, the stock market will bid down the ratio.

As such, under the scenario where the P/FCF goes down while the FCF per share remains the same, the share price will also decrease.

Unlike the first scenario, though, any gains or losses driven by P/FCF movements are less reliable, as market sentiments can turn on a whim.

The equation above provides us with a framework to decipher what is happening to shares that we own.

In the short term, share price movements are usually influenced by the P/FCF ratio.

Take Apple (NASDAQ: AAPL), the manufacturer of the popular iPhone.

For the first nine months of its current fiscal year (9M’FY22), the Cupertino company saw its FCF rise to US$90.6 billion, up by over 19 per cent from around US$76 billion a year ago.

Yet, despite the growth in FCF per share, Apple shares have fallen by 23 per cent this year.

Clearly, the disparity between the iPhone maker’s business performance (represented by its FCF per share) and its share price performance is down to a shrinking P/FCF ratio.

There is a reason for this pessimism.

To say today’s stock market sentiment is sour would be an understatement.

The optimism of economies and borders reopening has been overshadowed by the pessimism of rising inflation and higher interest rates.

Should the market sentiment brighten, this ratio could head higher.

Yet, as we said earlier, hoping for a higher P/FCF ratio is akin to hoping that investors’ mood changes for the better, which is an unreliable way to invest.

We need something more reliable to drive stock price returns.

When the long view trumps the short view

To be sure, we are not making light of the current economic situation.

Already, Apple is facing headwinds such as supply constraints, foreign currency translation losses due to a strong US dollar and the impact on its business in Russia.

As investors, however, we have to separate between what’s temporary and what’s permanent.

Should we take these current challenges as permanent?

I don’t think so.

If history has taught us anything, it’s the business growth, represented by the FCF per share, that will be far more consequential compared to a change in market sentiment.

When I bought shares of Apple in June 2010 at a split adjusted US$8.75 per share, the business had generated US$0.47 per share in FCF over its trailing 12 months.

The stock sported a P/FCF ratio of 18.7, as shown in the enclosed table.

Fast forward to today, and shares have risen by 16 times to around US$140 per share.

What’s interesting is the wide disparity between the key drivers behind the stock price increase.

Granted, my shares did benefit from an increase in the P/FCF ratio.

However, the contribution of the ratio is a mere 13 per cent over the past 12 years.

The clear driver is Apple’s FCF per share that has ballooned from US$0.47 when I bought the shares to over US$6.60 today.

Given the vast difference in contribution to Apple’s share price increase, what would you focus on?

The answer is obvious: the business, represented by Apple FCF per share.

Get Smart: The path to sustainable stock gains

Buying with the hope of instant returns is a fool’s errand.

You’re essentially praying that the stock market will be so kind as to award your shares with a higher P/FCF multiple.

Hope is not a strategy.

On the other hand, building a business, as Apple has shown, takes time.

The iPhone maker did not deliver a 14-time increase in its FCF per share overnight. Instead, it was created over time.

Yes, it is not easy amid rising interest rates and higher inflation.

But if done right, the rewards can be breathtaking.

And that’s worth waiting for.