Get Smart: Deal or No Deal? 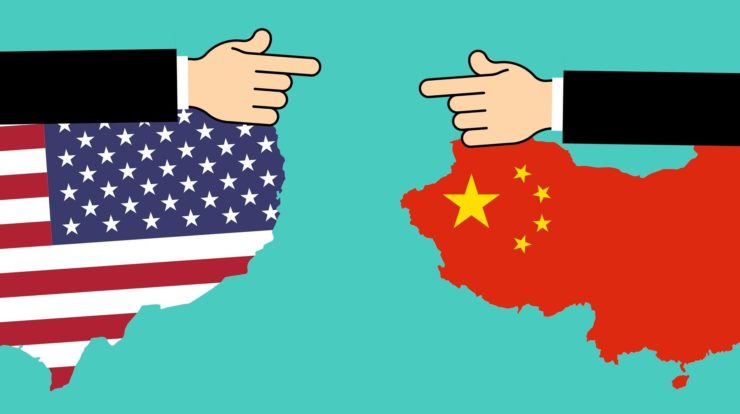 I was quite looking forward to my bowl of mince pork and century-egg congee on Monday morning.

I had been thinking about it all day Sunday.

I thought that it would be a great way to kick-start the next day, and perhaps set the tone for the rest of the week, too.

So, I bought a portion of the Cantonese favourite at the weekend to ta pao. I even bought a length of fried dough stick because they go together so well, even though the latter is a tad unhealthy.

Unfortunately, the rice gruel didn’t quite live up to expectations….

…. it was much too stodgy. What’s more, a diner would need a degree in forensic science to find any evidence of the preserved egg. The meat was pretty thin on the ground, too.

It was, to put it mildly, a big let-down. But disappointment is something that we need to learn to take in our stride.

Consider the recently-announced trade deal between America and China.

It didn’t strike me as being much of a deal between the two economic giants.

It doesn’t exactly help when the White House had earlier bigged-up the market’s expectations by saying that the two sides had agreed to a “very large” phase one deal.

Maybe I had missed something important….

…. but on closer scrutiny, I hadn’t missed a thing. There was nothing large or significant in the announcement at all.

In fact, the deal feels a little like the time in 1963 when Decca records signed the Tremeloes rather than the Beatles. There’s really no good way to spin a bad deal like that.

Silence is not just golden but preferable, if you don’t want to look stupid.

But I am pretty sure The White House will try it’s level best to make the deal appear more important than it really is. It has had plenty of practice in exaggeration.

The White House spin machine will most likely work overtime to drive positive market sentiment over the agreement – if we can even call it that….

…. After all, this US administration likes to measure its success by index points – Dow Jones Industrial Average Index points, to be precise.

It will do everything in its power to push the market higher. It will even lie if necessary. But truth will always prevail.

Point is, the global economy is still growing, albeit slower than we had expected at the start of the year.

Here in Asia, developing economies could grow around 5.2% this year and the pace could pick up next year to 5.5%.

Within developing Asia, there are some economies that could grow even faster than the average. These include Vietnam that could grow at 7%, and the Philippines that is forecast to grow at 6%.

Much of the acceleration in growth in many parts of Southeast Asia has been brought about by the Sino-US trade dispute, as manufacturers in China move elsewhere.

Thing is, China’s labour costs have been rising and are continuing to rise. They are looking uncompetitive when compared to other economies in the region.

So, the relocation of manufacturers and their supply chains is unlikely to end, just because America and China have agreed a truce. If anything, the relocation could even pick up speed.

Consequently, if we are looking to invest in the East, then Southeast Asia still looks attractive.

Don’t forget that increased inward investment into an economy can help boost wages.

In a Vietnam and Indonesia, the average monthly wage has more than doubled in ten years, whilst in Malaysia it has jumped 60%.

Rising wages can help to increase household disposable income, which can lead to higher consumer spending.

…. It will probably not be too different to the things that we already buy. Interestingly, many Singapore companies have already established firm footholds in developing Asia.

So, we don’t have to venture too far from our backyard take advantage.

But for the more adventurous, Southeast Asian stock exchanges can be just a mouse-click away.

I have already planted some seeds in many Malaysian consumer-facing companies. Thailand could be next – deal or no deal!

If you’d like to learn more tips on how to be a smarter investor, click HERE to subscribe to our Free investing newsletter, Get Smart! We’ll show you how you can build a better financial future for you and your family.