First REIT’s Share Price is Down Over 10%: 3 Things Investors Should Know About its Lease Restructuring 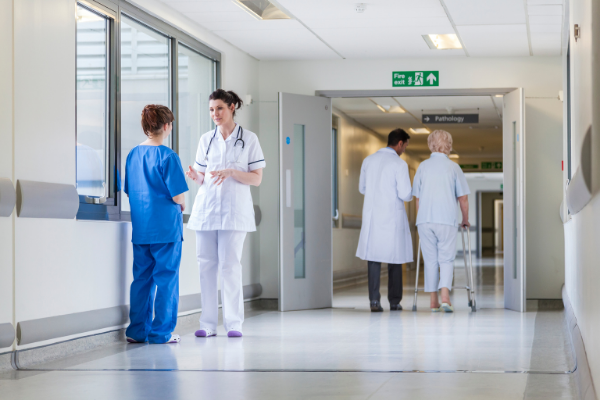 It’s been a wild ride this year for unitholders of First REIT (SGX: AW9U).

Shares of the healthcare-focused REIT tumbled 21% back in early June.

Back then, PT Lippo Karawaci Tbk (IDX: LPKR), or LPKR, had announced that it planned to initiate restructuring discussions on the structure of leases for First REIT’s Indonesian hospital portfolio.

As a recap, the REIT has 16 hospitals operated by PT Siloam International Hospitals Tbk, a subsidiary of LPKR.

By end-July, the share price of First REIT had declined by over 40% from its 52-week high of S$1.06 as the pandemic had impacted two of its shopping malls connected to its hospitals and the closure of its two hotels.

Shares have lingered well below its peak since then.

And that brings us to the latest news released over the weekend.

On Sunday, First REIT announced the restructuring of its Indonesian hospital assets, a move that the REIT claims can help to “preserve long-term value for the unitholders”.

The restructuring of lease agreements covers a total of 14 hospitals, 11 of which are leased by LPKR from First REIT, and another three hospitals that PT Metropolis Propertindo Utama (MPU) leases from the REIT.

This move was made as there was a high probability of default by both LPKR and MPU under the existing master lease agreements.

If a default occurs, it will impact up to 72% of First REIT’s rental income and put the REIT in jeopardy.

Here are three salient aspects of the restructuring that investors need to know about.

1. Downward adjustment of base rent

However, the base rent escalation has been increased from two times of Singapore’s consumer price index (but capped at a maximum of 2%) to 4.5% annually.

All the leases have also been renewed for another 15 years till 31 December 2035, with an option for a further 15-year term by mutual agreement.

Assuming an annual escalation of 4.5% per annum, the base rental for LPKR hospitals will only exceed S$80.9 million by the year 2032.

The situation is even worse for MPU hospitals.

By the end of 2035, the projected base rental for the hospitals is only S$10.7 million, still short of the original S$11.3 million before the restructuring.

Each hospital within First REIT’s portfolio has a variable rent mechanism.

Under the old system, variable rent will be paid only if the audited gross operating revenue (GOR) exceeds the prior year’s GOR by more than 5%, based on a tiered structure that ranges from 0.75% to 2% of the audited GOR.

However, the proportion of variable rent received as a proportion of total rent has been low, at just 3.2% for LPKR hospitals for the fiscal year 2019.

Under the restructured leases, variable rent will be based on a flat 8% of GOR.

This flat rate provides more upside for unitholders should the hospitals recover and start to contribute increased GOR in future years.

The most important change that investors should take note is the change in the base currency for the recognition of rental income by the REIT.

Previously, the base currency for computing distributable income was in Singapore Dollars (SGD).

This has been changed to Indonesian Rupiah (IDR) once the new master lease agreements take effect.

What this means is that unitholders will now be exposed to currency risk in addition to default risk by both LPKR and MPU.

First REIT reports that the IDR has depreciated against the SGD by approximately 44.8% since the REIT’s IPO back in 2006.

If the IDR depreciates further against the SGD in the future, unitholders could see further erosion in the distribution per unit (DPU) received as this will be affected by the exchange rate.

We should expect First REIT’s financials to be impacted by the proposed change.

The illustrative financial impact for the first half of 2020 shows a 32% decline in rental income and a 33% fall in net property income under the new arrangement.

Leverage ratio will jump from 34.9% to 48.6%, just shy of the 50% maximum threshold set by the Monetary Authority of Singapore.

Get Smart: Financial stress not easing yet

Shares of First REIT have fallen further on news of this restructuring, falling another 10.5% yesterday to S$0.42.

Year to date, the share price has plunged by 58%.

Yet, even after this restructuring, it may not be the end of the financial woes plaguing the REIT.

The REIT manager has emphasized that the hospital sector in Indonesia is expected to remain challenged in the current quarter and 2021 due to high infection and death rates from COVID-19 in Indonesia.

The country recently reported a record daily rise in infections with 6,267 cases, taking the country’s total to around 534,000.

First REIT’s unitholders should continue to monitor the situation, while the proposed lease restructuring also needs approval from First REIT’s lenders and unitholders.