Down and Back Again: How Booking.com Could Thrive Post-Pandemic

In 2022, the firm is seeing gross bookings exceed 2019 levels in the first half of February. The opportunity remains significant. 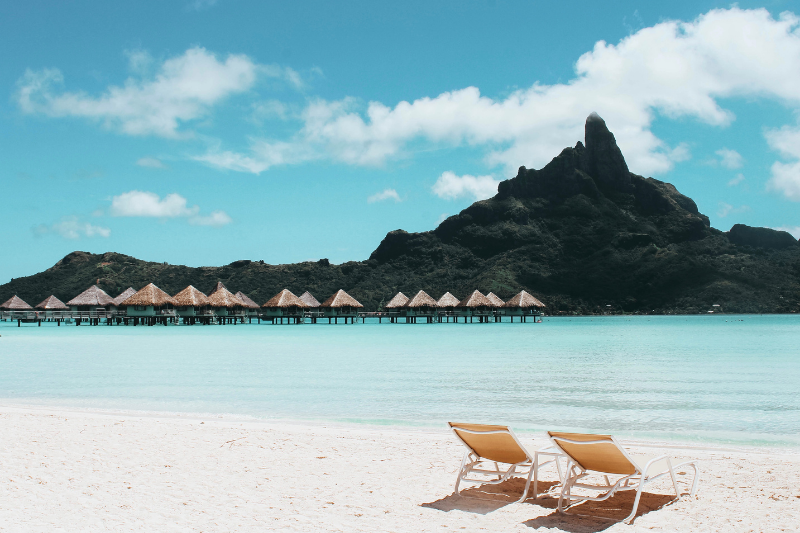 After two tumultuous years, there is light at the end of the tunnel for the hotel industry.

As borders reopen, the sector is experiencing a surge in pent-up demand that promises to lift revenue past pre-pandemic levels.

You can learn a lot about a company during tough times.

As a shareholder of the leading hotel reservation site Booking Holdings (NASDAQ: BKNG) since 2010, I have had a front row seat to witness how the industry has evolved.

Booking.com began life on the internet in July 1996 as bookings.nl, a site created by Geert-Jan Bruinsma for hotel reservations in the Netherlands.

At the time, hotel rooms were reserved via phone calls.

The Dutchman saw an opportunity but had very little knowledge about hotels.

So, he started with a simple model, charging a five per cent commission for an online reservation while letting the hotels themselves set their own room rates.

Bruinsma reasoned that the hotels would know the best rates to charge.

Little did he know that he had stumbled upon a superior business model worth billions.

Like Bruinsma, the duo were techies but had little clue about the hotel industry.

With fresh eyes, the UK firm reached the same conclusion as the Dutchman.

Activebookings.com chose not to act as the merchant to the hotel, where it would have to collect money from the customer up front and pay the hotel after the stay; an arrangement known as the merchant model.

Instead, similar to Bruinsma’s idea, Activebookings.com would let the customer pay upon arrival at the hotel, a new approach called the agency model.

At the time, the merchant model was favoured by larger US competitors such as Expedia (NASDAQ: EXPE) who saw the chance to earn a “free loan” by holding the customer’s cash for a period of time before paying the hotel.

However, the approach has its downsides.

Under this model, the merchant sets the room rates which can be at odds with the hotel’s own rates.

Travellers would also have to pay the merchant first before they even arrive at the hotel.

In contrast, the agency model allowed hotels to set their own rates, creating less confusion, while requiring customers to pay only after they reached the hotel.

The arrangement was a win for the hotel, the customer — and ultimately, the booking sites.

As the agency model gained ground, the winds of change were in motion.

Bruinsma sold his site to Bookings B.V. in 2003 while Activebookings.com changed its name to Active Hotel in 2001.

Shortly after, the two sites caught the eye of Glenn Fogel, the chief of mergers and acquisitions at US-based Priceline through a chance meeting.

The fortuitous discovery turned into action.

In September 2004, Fogel led Priceline’s effort to acquire Active Hotels for US$161 million followed by Bookings B.V. for US$133 million less than a year later.

Skift, a travel industry news site, ranked the acquisitions as one of the greatest ever in the internet’s history.

5. Leaving the merchant model in the dust

Predictably, US research companies were sceptical of the agency model, believing the future of online travel to be the prepaid merchant model.

In 2006, Expedia’s revenue was more than a billion dollars ahead of Priceline.

The former’s lead would not last long.

Powered by the agency model, Priceline was able to overtake Expedia in less than five years.

By 2019, the year before the pandemic, Priceline’s revenue exceeded Expedia by three billion dollars.

Fogel, the architect behind the acquisitions, rose to become Priceline’s CEO in 2017.

With agency revenue accounting for two-third of its overall sales, Priceline changed its name to Booking Holdings in 2018.

With higher revenue, Booking Holdings is able to spend heavily to bring more traffic to its site.

In 2019, the firm spent close to US$5 billion on marketing expenses. Yet, despite its aggressive spending, its operations remained highly profitable, generating almost US$4.9 billion in profit that year.

However, Expedia’s lower sales meant that it made a mere US$565 million in profit for that year.

In short, size made a difference.

And it wasn’t Booking Holdings’ only advantage.

Booking.com’s organisation is decentralised, where no team has more than eight people.

More importantly, each team is empowered to make changes to its website. Collectively, 1,000 experiments are conducted on its site every day.

The teams are small but produce big results.

According to Evercore Research, Booking.com is able to convert traffic into bookings two to three times better than the industry average.

8. The no HIPPO rule

Booking.com’s culture is built around experimentation.

Interestingly, the organisation has specific guardrails against having HIPPOs or the Highest Paid Person’s Opinion influencing decisions made for the site. In other words, having a senior title does not qualify a person to make changes on the site on a whim.

For Booking Holdings, the customer’s experience comes first, and it has to be backed by data.

The pandemic is a great reminder that even the most successful businesses can be derailed by factors outside their control.

Case in point: Booking Holdings revenue was cut by more than half in 2020.

In 2021, the group managed to recover, posting US$11 billion in revenue and over US$1.1 billion in profits.

For context, revenue is currently at 2016 levels, leaving room for recovery.

The recovery in travel has proved to be unpredictable.

In April 2021, Fogel predicted that the share of business travel will forever be lower than the pre-pandemic era.

Fast forward a year later, the firm is seeing gross bookings exceed 2019 levels in the first half of February.

The global travel market is estimated to be worth US$1.4 trillion in 2022, still below the pre-pandemic level of US$1.7 trillion but gaining ground.

If the competitive landscape remains the same, the odds are with Booking Holdings to be among the winners of the post-pandemic travel world.

With more than 28 million hotels, homes, apartments and other unique places listed in 220 countries, Booking.com offers something for everyone for their next trip overseas.