Recessions are occurring with increasing regularity, but don't let that faze you as an investor. 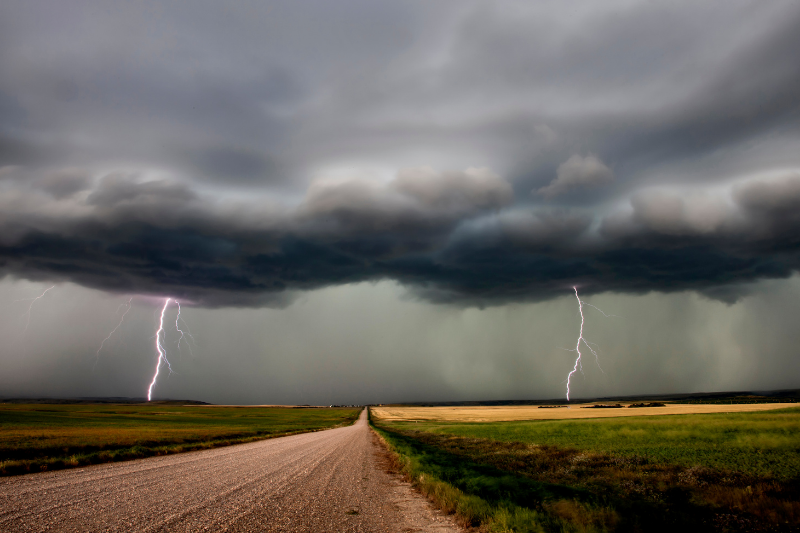 Let’s start by getting the bad news out of the way.

Armed with a plethora of economic data, Prime Minister Lee Hsien Loong has warned that Singapore may face a recession in the next two years.

This prediction seems to ignite one of the investors’ greatest fears.

Recessions are normally seen as adverse events that cause share prices to crash and companies to go bankrupt.

But amid the doom and gloom, there is always a silver lining.

Poor economic conditions create attractive investment opportunities for the Smart Investor, and those who have their wits about them can tap on these opportunities to make great long-term investment decisions.

How should you go about doing this?

First, let’s take a look at how economic cycles work and then explore how to park money in great businesses to reap long-term rewards.

The waxing and waning of the economy

Singapore is no stranger to recessions, being an open economy that is reliant on external trade.

Singapore’s first post-independence recession occurred in 1985 when the unemployment rate rose to 4.1%.

12 years later, the Asian Financial Crisis, which started in Thailand, led to spillover effects that tipped Singapore’s economy into a recession in the second half of 1998.

The country didn’t have a lot of time to recover before it was hit by yet another recession in the middle of 2001.

The culprit this time came from slower growth in the electronics industry in the US.

The Great Financial Crisis (GFC) washed over us next, causing a recession in July 2008.

The most recent recession to befall Singapore, and also its worst since independence in 1965, occurred just two years ago due to the outbreak of the COVID-19 pandemic.

There are two important things to remember about recessions.

First, the government has historically doled out generous amounts of financial assistance to help prop up the economy and help it to recover more quickly.

For instance, in November 2008, S$2.9 billion was pledged during the trough of the GFC while and a further S$20.5 billion was committed in January 2009 to assist businesses and workers with the sharp downturn.

Similarly, over the past two years, the government has drawn around S$37 billion of its past reserves to support businesses and jobs in beleaguered sectors.

Second, recessions are temporary events that should resolve themselves over time.

Keeping these in mind, caution is warranted but you should not feel unduly worried about an impending recession, knowing that the government will not sit idly by to allow businesses and livelihoods to suffer.

Seeing how frequent recessions can be, it’s always good to keep some cash handy.

Cash is viewed as a poor inflation hedge, especially when Singapore had just reported a core inflation of 3.3% in April, the highest in a decade.

However, investors should view cash as offering a valuable option to reap great long-term returns when share prices nosedive.

The thing with cash is that it is a love-hate relationship.

Keeping too much cash ensures it will get eroded eventually by inflation, but keeping too little means that you would miss out on opportunities to scoop up bargains on the cheap when stock markets tumble.

And to me, the second scenario is where the greatest opportunity cost lies.

Hence, I always keep some spare cash for investments, making up around 5% to 10% of my total investable capital.

It’s important to also have a steady job with side income to ensure that a steady stream of cash flows in for expenses and investments, and to act as a buffer in case economic conditions turn sour.

So, what should you do with your cash when a recession comes along?

You should deploy some of it in well-run businesses with strong competitive moats.

Its share price fell in tandem with the economy back in March 2009, touching a low of S$6.45 that month.

The bank subsequently recovered strongly from the GFC, with its share price hitting as high as S$30.84 in April 2018.

The pandemic then caused DBS’ share price to plunge to S$17.40 in March 2020, but the lender’s shares have subsequently rebounded to hit a new all-time of S$37.25 in February this year.

Here’s the thing — DBS’ share price may get hit during a recession, but it hasn’t made new lows each time compared to the past.

And as the bank scales up its capabilities and creates multiple sources of income, the subsequent uplift in net profit will cause its share price to touch a new record high.

Furthermore, DBS has survived through many recessions but its business remains rock-solid throughout.

Despite the pandemic, the lender’s profits reached a new high of S$6.8 billion for its fiscal 2021.

If we cast our sights further afield, some companies have successfully weathered economic storms to see their share prices trending higher over time.

Technology giant Microsoft (NASDAQ: MSFT) is one such company.

The US$1.9 trillion-dollar company was trading at US$58.38 on the last day of the previous century, and the dot.com bust saw its share price cut by more than half to US$28.34 by early March 2001.

Unfazed, Microsoft has grown by leaps and bounds to be the technology behemoth it is today, touching an all-time high of close to US$350 late last year.

Energy drink manufacturer Monster Beverage (NASDAQ: MNST) is another example of a company that has grown tremendously through good times and bad.

In addition, Monster Beverage was unaffected by the GFC, managing to increase its revenue while almost doubling its net profit in 2009.

Both Microsoft and Monster Beverage have survived past recessions while building their brand and growing their revenue and earnings.

The key here is to identify and then park your money in companies with great long-term potential that possess a strong brand and track record.

These attributes ensure that these businesses can survive the vicissitudes of the economy to emerge even stronger.

A chance for high yields

But if you’re not a growth-oriented investor, a recession can also be a valuable opportunity to scoop up income-generating investments on the cheap.

Income investors have a plethora of options to choose from when share prices tumble across the board, pushing yields higher.

Of course, the caveat here is to select businesses or REITs that can maintain or even increase their dividend payments despite a looming recession.

The data centre REIT recently ended at S$1.94, close to its 52-week low, and now sports a forward distribution yield of 5.1%.

If you’re wondering why the yield has nearly doubled over 19 months, it’s because Keppel DC REIT’s distribution per unit (DPU) has headed higher while its unit price has fallen.

With a strong sponsor in Mapletree Investments Pte Ltd and a portfolio of high-quality industrial properties and data centres, MIT was a REIT you could be confident would sail through most economic storms unscathed.

At S$2.43 now, also close to its 52-week low, the REIT offers an enticing historical yield of 5.7% for income-driven investors, significantly higher than the 3.6% almost 18 months ago.

Both REITs have also grown their DPU without fail during Singapore’s previous recession in 2020, showcasing how recessions don’t always dent the ability of businesses to do well.

Recessions may seem to occur with increasing regularity, but there’s no need to get into a tizzy.

If you’re mentally prepared, have cash on hand and can identify a bunch of great businesses, then you should view recessions for what they are — a chance to buy shares cheaply.

In short, don’t squander an opportunity that doesn’t come along too often.

It’s time to put on your investor hat and go hunting for great bargains thrown up by a pessimistic Mister Market.