Could These 3 Blue-Chip Stocks Outperform the Market? 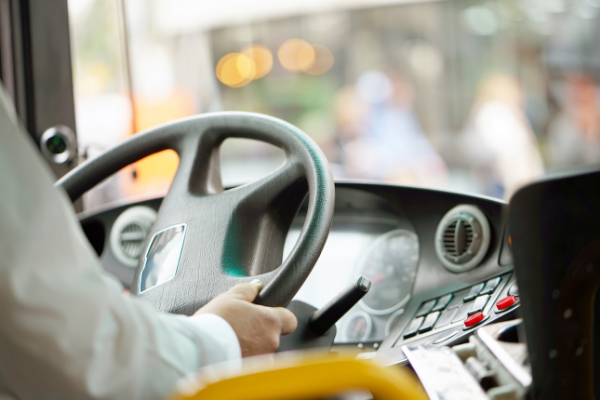 Much of this rise was attributed to good news related to the vaccine distribution and a brighter outlook for banks expecting a recovery.

However, the rise has not even across all components of the blue-chip index.

For context, the three local banks make up slightly more than a third of the STI while telecommunication company Singtel (SGX: Z74) takes up a 7.4% weight.

Added together, these companies make up half the weightage of the index.

Some of the businesses that made up a smaller proportion of the index have lagged the performance of the STI.

One way to look out for potential outperformance is to find companies that have fallen behind but that are primed either recovery or growth.

Here are three companies that could outperform the market later this year.

Comfortdelgro Corporation Ltd, or CDG, is one of the largest land transport companies in the world with a fleet of 41,200 buses, taxis and rental vehicles.

The group also runs light and heavy rail networks in Singapore for the MRT’s downtown and northeast lines.

As of 19 January, CDG’s share price inched up just 1.2%, trailing behind the index’s rise.

For its third quarter 2020 business update, CDG reported an improved business outlook, but warned that the environment continues to be challenging for the group due to the prevalence of COVID-19 in countries where it operates.

If not for government reliefs amounting to S$44.2 million, CDG would have reported an operating loss.

Note that Singapore and Australia made up the bulk of revenue for the group during the quarter, for a total of around 73%.

In terms of operating profit, Singapore and Australia also contributed a major portion, with the UK reporting an operating loss.

The pandemic situation has improved greatly in Australia, though there are still small clusters of community cases emerging.

In Singapore, the country has already moved on to Phase III on 28 December last year, and community cases have been kept to low single digits.

The above points to a possible recovery in revenue and operating profit for the group for 2021, and with it also comes the possibility that CDG may also restore its dividend payments.

Keppel DC REIT is a REIT that owns a total of 18 data centres located in eight countries.

Total assets under management stood at S$2.9 billion as of 30 September 2020.

The REIT has been reporting strong numbers despite the ongoing pandemic.

Portfolio occupancy remained high at 96.7% as of the third quarter, while weighted average lease expiry (WALE) by leased area stood at 7.2 years.

The REIT is carrying out asset enhancement initiatives for several of its data centres, which should help to lift gross revenue in due course.

Singapore Technologies Engineering Ltd, or STE, is an engineering conglomerate with businesses in the aerospace, marine, electronics and land systems.

STE’s share price has been flat year to date, underperforming the STI.

The group continues to snag new contracts during the third quarter despite tough conditions.

STE’s order book remains robust at S$15.8 billion as of 30 September 2020 and is mostly made up of multi-year contracts with long-term customers.

Also, STE announced a major reorganisation of its business units.

The group will now be split into just two divisions – commercial, and defence & public security, down from the four divisions it used to have.

The purpose of this exercise is to deepen customer engagement and strengthen its technology and engineering core, and could translate to faster growth for the group over the long-term.