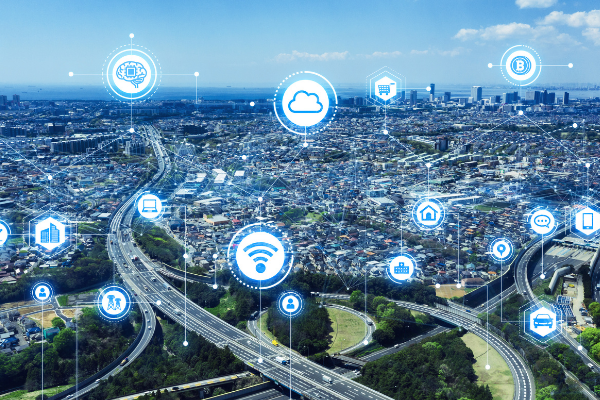 When it comes to blue-chip companies, not many are as stable or resilient as Singapore Technologies Engineering Ltd (SGX: S63), or STE.

The engineering giant has been a bastion of stability in the midst of one of the worst pandemics in the last century.

For its first-half 2020 earnings report, the group announced that revenue had inched up by 2% year on year to S$3.6 billion.

Net profit attributable to shareholders dipped slightly by 4% year on year to S$257.4 million, while the interim dividend was kept constant at S$0.05 per share.

STE has managed to pay out a consistent full-year dividend of S$0.15 for the last five years.

As a background, the group has four main divisions: aerospace, electronics, land systems and marine, and employs around 23,000 staff globally.

It serves customers in the defence, government and commercial segments in more than 100 countries, and has also completed more than 700 smart city projects.

On 17 November, STE announced organisational changes that will pave the way for the group to achieve its next phase of growth.

Can this corporate re-jig lead to better growth prospects for STE? Let’s find out.

This change will replace the current four-division, sector-specific structure.

As the diagram above shows, the aerospace division will be carved out into commercial and defence aerospace, of which the commercial portion will come under the new Commercial cluster, together with urban solutions and satellite communications that will also be parked under this new cluster.

Also, the group’s smart city technologies, previously scattered throughout the four disparate divisions, will now be consolidated under one roof within the Commercial cluster.

For the Defence & Public Security cluster, it will include the old land systems and marine divisions, and also include the carved-out defence aerospace. This cluster will also focus on digital systems and infrastructure, including security.

The old electronics division has also been split up and its various components included within each new cluster.

According to STE, these changes will allow each business cluster to build better customer relationships and sharpens the focus for each sub-segment within the cluster.

It will also help in bringing about better resource allocation as compared to the seemingly disparate divisions under the old structure.

To be sure, STE continues to remain resilient throughout this crisis.

In its third-quarter 2020 business update, the group reported that its defence and public security business has remained steady, with projects coming back on track.

Its marine division has seen its full workforce return at its yards, and the division has completed numerous ship repair projects.

Besides, STE continues to clinch contracts even during the pandemic, with a total of S$2 billion and S$2.3 billion worth of contracts secured by aerospace and electronics divisions in the first nine months, respectively.

In the third quarter alone, the group captured more than S$1.7 billion in new orders, a testament to its reputation and track record.

These numbers show that the group has remained rock-steady and weathered the crisis admirably thus far.

Establishment of a group engineering centre

STE has already been investing in areas such as data analytics and cybersecurity technologies through its group technology office over the last few years.

The technology office has enabled the group to develop cutting-edge technologies that it uses to market its expertise to customers.

As part of the reorganisation effort, STE will establish a new group engineering centre that will work with the technology office to devise technology and engineering applications for a wide range of businesses.

Together, these two centres will help to accelerate STE’s digitalisation journey and prepare the business for its next lap of growth.

Get Smart: A leaner structure

The new organisational structure will also be accompanied by a new leadership structure.

There will be two group chief operating officers who will be in charge of each new business cluster.

The new reporting framework will be unveiled in the fiscal year 2021 when the group reports its full-year 2020 financial statements.

STE has created a leaner, more efficient organisational structure with this announcement.

I believe this should help the group to sharpen its focus on areas that can deliver better growth, especially for its smart cities expertise that represents the future of where countries are headed.

While the jury is still out as to whether this reorganisation can indeed spur higher growth rates, it’s a step in the right direction for STE.