Central Banks Can Sit on Their Hands, But We Can’t Afford to

It's important to continue to manage your investment portfolio even when central banks refuse to tame inflation. 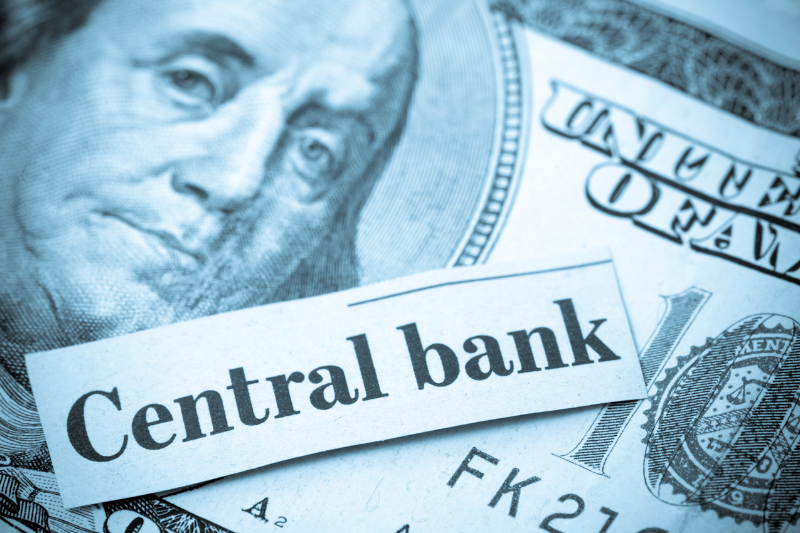 Many of the major central banks have repeatedly refused to raise interest rates in the face of rising inflation. The Federal Reserve, for instance, has acknowledged that inflation has increased notably. But it reckons that the price rises are only transient. So, it is not hiking rates.

Likewise, the European Central Bank (ECB) has revised upwards its inflation outlook for both this year and the next, largely as a result of higher energy prices. Crude oil prices have almost doubled over the last 12 months. But the ECB thinks that price pressures will likely remain subdued overall. It too has kept its benchmark interest rate on hold.

The Bank of England said it expects the consumer price index in the UK to pick up further and could breach its target of 2 per cent. It reckons that the inflation gauge might even exceed 3 per cent for a while. But it thinks that the inflation rate should fall back to around 2 per cent. So, it is keeping its base rate unchanged.

The upshot is that many central banks have put the need for economic recovery before their main remit, which is to maintain price stability. They appear to speak with one voice on the temporary nature of the inflationary pressures that we are witnessing.

Their narrative about the temporary imbalance between supply and demand sounds plausible. After all, pent-up demand from locked-down consumers has been unleashed as economies gradually reopen. But that has exposed the fragility of global supply-chains from chip shortages to dislocated workers.

It is understandable why central banks would want to tread carefully. The world has just experienced a once-in-a-lifetime exogenous event that will leave an indelible mark on civilisation forever. But we can’t ignore that inflation, if it should persist, could prompt some cash-strapped consumers to turn to higher wage settlements to balance their overstretched household budgets.

Whether inflation is transient or embedded is a moot point. It can also be argued that the current rate of inflation of 2.4 per cent in Singapore is hardly disastrous. After all, the rate of inflation in other countries such as Brazil and Argentina are considerably worse. They are 8.1 and 48.8 per cent, respectively.

And spare a thought for the people of Venezuela who are living with an inflation rate of 2,719 per cent. It means that something that cost $1 on the first day of the month could cost twice as much by the month’s end.

Thank goodness we are nowhere near those levels of inflation. But even at our modest inflation rate of 2.4 per cent, S$100 would only be worth S$50 in 30 years. So, it is important to protect the spending power of our money by investing in assets that can beat inflation.

A period of 30 years might seem like a long way away. But it really isn’t. It is roughly the length of time between someone who is just stepping into their first job today and the time that they hope to retire.

On the day that we put away the first dollar of our paycheque into our retirement pot, that dollar could be worth just 50 cents when we retire. That could be not just heart-breaking when it happens, but a worry too. We can do something about it, though.

There are many ways to grow our money over the long term. Probably one of the easiest could be to either build a portfolio of shares or invest in a ready-made portfolio such as an Exchange Traded Fund (ETF) that tracks the performance of the Straits Times Index (SGX: ^STI).

For many of us living in Singapore, a low-cost index tracker that mimics the performance of the Straits Times Index is probably one of the best ways to get exposure to equities.

However, some might argue that doing so would miss out on some fast-growing American technology companies. They have a point, but it is important to consider exchange-rate risks and any extra charges involved. Still, there is nothing to stop us from investing in an ETF that tracks the largest companies on Nasdaq.

Some might prefer a mix-and-match approach in which they curate their own portfolio of shares. That way, we can tailor the collection of shares to suit our personality and lifestyle. Younger investors might prefer a more aggressive growth-oriented portfolio, while those who are older might like more income.

Point is, we should never ignore the impact of inflation on the buying power of our savings over the long term. The fact that something that costs S$100 today could cost S$102 in a year’s time is probably nothing to lose sleep over.

But it does become an issue when the purchasing power of the same S$100 shrinks by half by the time we retire. It is very easy to do nothing. But doing nothing is probably the worst thing we can possibly do.