We compare the two telcos side by side to determine which makes a better investment. 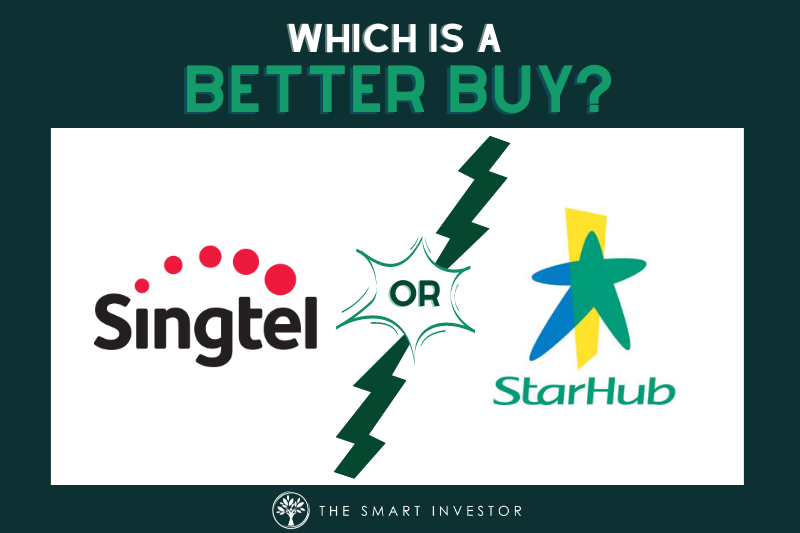 The past two years have been rough for both Singtel (SGX: Z74) and StarHub (SGX: CC3).

The pandemic has caused them to experience a very long and tough road as border closures and the curtailment of travel crimp the operating revenue from their core mobile business.

The good news is that things are looking up for the sector.

A nascent economic recovery should bring better fortunes to both telcos and lift their revenue and earnings.

The expansion of the vaccinated travel lanes (VTLs) scheme should also help to reopen borders and encourage higher levels of tourism, which will benefit the telcos’ roaming revenue.

Under the circumstances, it’s worthwhile to compare the progress that both Singtel and StarHub have made to determine which stock makes the better investment.

For 9M2022, Singtel’s Singapore consumer revenue has dipped by 3% year on year but this was offset by a 3% year on year rise in the revenue for its corporate division NCS due to higher demand for digital services.

However, Australian consumer revenue remained weak too for Singtel, thus dragging down its revenue by 2.6% year on year.

StarHub, on the other hand, reported a slight year on year increase in revenue, mainly due to higher year on year broadband and enterprise revenue.

The smaller telco has recorded a slight year on year increase in operating profit and logged a higher operating margin of 11.3% versus Singtel’s 7.7%.

However, Singtel ultimately reported a higher year on year underlying net profit as its results were aided by a near-20% year on year jump in the share of associates’ profits.

Next, we take a look at how each telco has fared in the Singapore mobile market.

High mobile penetration rates in Singapore mean that telcos need to tussle for market share in a saturated market.

And with lower roaming and IDD revenue, telcos are still feeling the squeeze as average revenue per user (ARPU) remains under pressure.

In terms of ARPU, both Singtel and StarHub registered post-paid ARPU of around S$28 to S$29, but StarHub saw a larger year on year decline of 8%.

Singtel has one up over StarHub, though, when it came to pre-paid ARPU.

Both telcos have a pay TV division that is, unfortunately, suffering from stiffer competition from the likes of streaming TV giants such as Netflix (NASDAQ: NFLX).

StarHub, on the other hand, saw a larger 4.2% year on year fall in Pay TV revenue.

Subscriber numbers, however, saw a bigger year on year fall of 11.2% for StarHub compared to just a 3.5% year on year decline for Singtel.

A mitigating factor for StarHub is that it is packaging its Pay TV segment into its “Entertainment” division, which is seeing stronger overall take-up rates.

Finally, we take a look at a metric that should please income-seeking investors — both companies’ dividend yields.

StarHub recently upped its final dividend by 56% year on year because of an increase in the telco’s underlying core net profit and the generation of higher free cash flow.

Get Smart: A sanguine outlook

Singtel is the overall winner in three out of the four categories that we featured.

However, the good news is that both telcos offered sanguine outlooks, in a sign that there are better days to come.

Singtel is embarking on a strategic review and has already unlocked some value from the sale of its Australian tower assets late last year.

The group believes it is “well-positioned for sustainable dividends and growth” with strong cash flow generation and the successful delivery of its strategic priorities.

StarHub has come up with bold five-year targets at its recent Investor Day and also launched its Dare+ initiatives to take the telco to the next level.