4 Types of Stocks You Should Reject

When searching for suitable investments, it's equally important to look out for land mines. 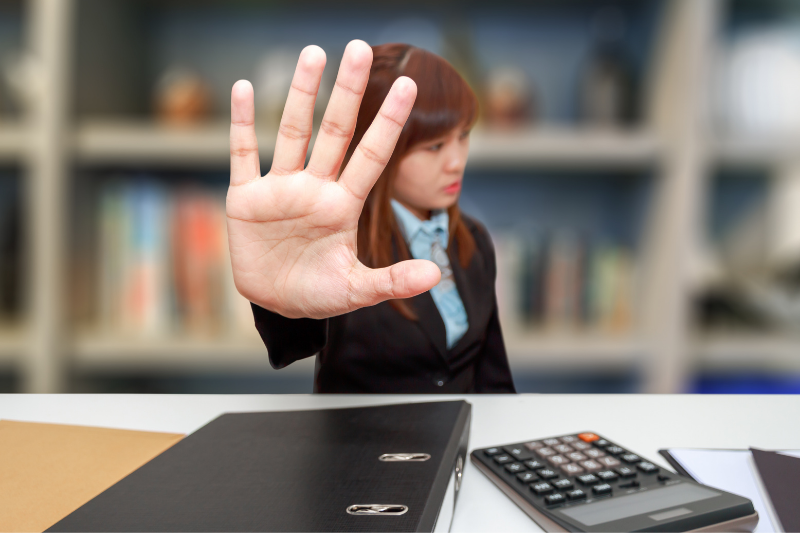 The stock market can feel like a minefield at times.

We have the best intentions, we could still find ourselves unwittingly stepping into a value trap.

After all, not all businesses carry a clear sign stating “avoid me”.

It’s important for you, the Smart Investor, to do the hard work of sifting out the wheat from the chaff.

Poorly-performing investments may come in all shapes and sizes, and can also include well-known blue-chip names.

So, it’s advisable to tread carefully and to be alert for red flags when you navigate the investment landscape.

Here are four types of stocks you should avoid.

In general, companies that carry high levels of debt are riskier than those with either no debt or minimal debt.

During good times, debt is used as fuel to supercharge returns and pay for acquisitions.

However, when the economy heads south, a heavy debt load can sink a company..

Just ask China Evergrande Group (SEHK: 3333), which is straining under the weight of a US$300 billion debt load.

As such, investors need to watch out for companies that go on debt binges due to current low-interest rates.

When interest rates eventually rise, these businesses may see their finance costs spiking up sharply, thus draining them of valuable cash flow.

An example of a business with a high debt load is Raffles Education Corporation Limited (SGX: NR7), an education provider with a network of 18 colleges and universities across 10 countries.

As Warren Buffett once said, you don’t want to rely on the kindness of strangers to meet tomorrow’s obligations.

Cash, as the saying goes, is the lifeblood of any business.

After deducting capital expenditures needed to maintain or upgrade its fixed assets, it should, ideally, have positive free cash flow left over.

Companies that generate consistent free cash flows can use these to reinvest to grow the business instead of relying on bank borrowings.

The presence of free cash flows also increases its ability to pay out increasing dividends to shareholders.

If the business has a chronic inability to churn out free cash flow, investors should give it a wide berth.

Hyflux Limited (SGX: 600), a once market darling that has since gone bankrupt, generated negative operating cash flow in the fiscal years 2014 through 2017 before it faced financial difficulties in May 2018.

Businesses that generate persistent losses are yet another type of stock to avoid.

To clarify, I am not talking about software-as-a-service companies (SaaS) that are spending on marketing and sales and are thus reporting an accounting loss.

SaaS businesses are building their customer network and garnering higher levels of recurring revenue that should eventually lead to a breakeven point.

Instead, companies that are reporting cash losses indicate that their competitive position is being compromised or that they cannot control their costs.

The group has reported six consecutive years of net losses, eroding its NAV per share from S$0.939 to S$0.232.

Finally, investors need to be mindful when investing in cyclical industries.

Cyclical refers to an industry that historically has experienced multiple peaks and troughs in supply and demand.

An example of a cyclical industry would be the commodities sector.

This sector includes sub-sectors such as oil and gas as well as soft commodities such as palm oil, nuts, spices, and coffee, to name a few.

Companies within cyclical industries experience booms and busts which happen at moments that are tough to predict ahead of time.

Even veterans within the industry concede that they have little insight on where commodity prices will go. It’s not within their control.

Take the oil and gas industry, for instance.

Crude oil prices plunged sharply by around 52% between June 2014 and January 2015, exerting pressure on a large swath of oil and gas companies such as Exxon Mobil (NYSE: XOM) and Royal Dutch Shell (AMS: RDSA).

Oil prices plunged once again at the onset of the pandemic, going as far as to dip into negative territory briefly in April last year.

Companies such as Sembcorp Marine Ltd (SGX: S51) have borne the brunt of this volatility.

The oil and gas giant recently announced its second rights issue in a year to raise funds to fortify its balance sheet.