Looking for higher dividends? These four resilient blue-chip stocks could be raising their payouts this year. 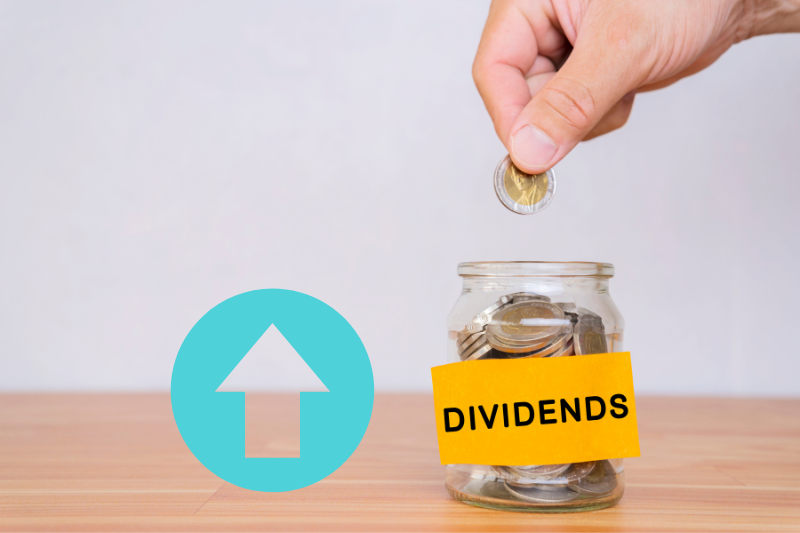 Receiving a dividend is great.

But a rising dividend is even better.

These solid companies have seen their fair share of market volatility and braved multiple economic crises.

Armed with significant experience under their belt, management is well aware of how to navigate any headwinds or challenges ahead.

The great thing about blue-chip stocks is that all of them also pay out a dividend to boot.

This flow of passive income allows you to enjoy a steady cash inflow into your bank account.

Here are four of them that demonstrate good potential for raising their dividends this year.

The group is riding on the tailwind of higher interest rates to report a significant jump in net interest income (NII).

There could be more upside for the bank’s total income and net profit.

The US Federal Reserve is expected to continue raising interest rates for the first quarter of this year and hold them steady for the remainder of 2023.

The group reported a healthy 19% year on year increase in its revenue when it reported its 3Q2022 business update.

The improvement came from all its business segments and STE enjoyed both organic growth and contributions from acquisitions.

The recovery in air travel has benefitted its commercial aerospace division, with division revenue surging 25% year on year.

The momentum in order wins has pushed STE’s order book to a new three-year high of S$25 billion as of 30 September 2022.

The group paid out a quarterly dividend of S$0.04 for 3Q2022, but has room to increase this further should earnings climb in 2023.

For the first nine months of 2022 (9M2022), Keppel saw revenue shoot up 24% year on year to S$6.8 billion, buoyed by higher contributions from all divisions except Urban Development.

Its offshore and marine division also logged its highest net order book since 2007 of S$11.6 billion as of end-September.

Keppel continues to work towards its Vision 2030, announcing asset monetisation of close to S$4.4 billion in 9M2022, and is on track to exceed its target of S$5 billion by the end of this year.

The conglomerate had already raised its interim dividend from S$0.12 to S$0.15 last year, with a good chance that it will declare a higher final dividend compared to the S$0.21 that was paid for FY2021.

Sembcorp Industries Limited, or SCI, is an energy and urban solutions provider with a balanced energy portfolio of 16.7 gigawatts (GW) as well as a project portfolio spanning more than 13,000 hectares.

The group, which only releases its results half-yearly, reported a strong performance for the first half of 2022 (1H2022).

Since the release of its sparkling results, the group has been busy building its renewable energy portfolio.

Two acquisitions of renewables assets in India and China in November last year will raise the group’s gross renewables capacity to 9.4 GW, close to its target of 10 GW by 2025.

SCI is set to release its FY2022 earnings on 21 February, and investors could see a healthy increase in its final dividend.