4 Growth Stocks to Buy and Hold for the Next Decade

These promising stocks could set your portfolio up for long term success. 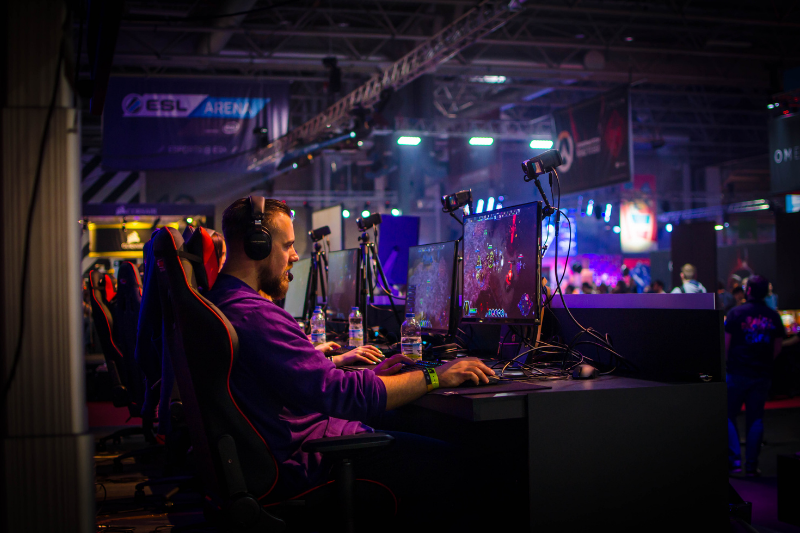 However, do not be fooled as this “advice” leaves out a crucial point – how high is high?

To illustrate, imagine you bought a share of Microsoft (NASDAQ: MSFT) in September 2016 for US$57.

In just three years, that share of Microsoft would have reached a then-record high of US$137, translating to a compounded annual growth rate (CAGR) of 33.9%.

The only problem? Microsoft’s share price in September 2021 has more than doubled from its 2019 level to US$295.

If you had held on to the shares you bought in 2016, your CAGR on Microsoft would improve to 38.9%, with your investment growing to five times of your initial capital.

The above example clearly demonstrates the power of holding on to your winning picks.

Here are four stocks that could deliver excellent returns for your investment portfolio if you continue to hold them for 10 years or more.

NVIDIA is a leader in the graphics market, commanding an 83% market share in discrete graphics processing units (GPUs).

Although the company made its name by using GPUs to enhance game graphics, NVIDIA’s chips are now used in a wider range of applications, such as in data centres, artificial intelligence (AI) and robotics.

The rising popularity of eSports looks set to benefit the chipmaker, who owns GeForce, the world’s largest gaming platform.

In addition, as a world leader in accelerated computing, the rapidly expanding adoption of AI and virtual reality ensure that demand for NVIDIA’s chips will remain strong for the long haul.

Sea is already a behemoth in the e-commerce space.

Shopee is also the top-ranked shopping app by monthly active users and total time spent in the app across Southeast Asia and Taiwan.

Shopee has also made inroads in South America, where it was the most-downloaded shopping app in Brazil for the second quarter of 2021.

Sea is reportedly gearing up to introduce Shopee to Europe and India in the near future.

But what makes Sea such an attractive stock is the multiple levers of growth it possesses.

Beyond the lucrative global e-commerce market, Shopee is ready to conquer digital payments and banking, with its digital bank anticipated to launch in Singapore in 2022.

In the company’s latest quarterly earnings, Garena registered bookings of US$1.2 billion, growing 64.8% from the same period a year ago.

The company produces chips for “fabless” chip makers such as Apple (NASDAQ: AAPL) and Advanced Micro Devices (NASDAQ: AMD). Both companies design their own chips but outsource the production.

The world has been facing a massive chip shortage since 2018.

The shortfall has been caused partly by geopolitical tensions, but the recent pandemic also contributed to strong demand for advanced chips to be used in 5G devices, data centres, self-driving cars and other gadgets.

In order to capture the growing market, TSMC announced plans to spend US$100 billion over the next three years to aggressively expand its chip production capacity.

The company is also preparing to flex its pricing power with plans to raise prices by up to 30% or more.

Square is a financial technology company that offers merchants affordable solutions for point-of-sale payments, business analytics and loans through its Seller ecosystem.

The company also owns Cash App, a financial super-app that aims to build a comprehensive ecosystem of financial services for the mass population.

Both of Square’s business verticals are firing on all cylinders.

The financial juggernaut recently announced that it would acquire Australian buy now, pay later company Afterpay (ASX: APT), expanding the list of services it can deliver to customers.

An expanding ecosystem of products tends to enhance customer loyalty and engagement, and Square looks set to be a mainstay of the financial industry for years to come.

After years of investing, we found that successful growth investing depends on 3 core mindset shifts. And by adopting these into your investing strategy, you’ll massively boost your chances of finding your next 10X stock. Our latest report shows you how to use them in your investing journey. Click here to download it for free.